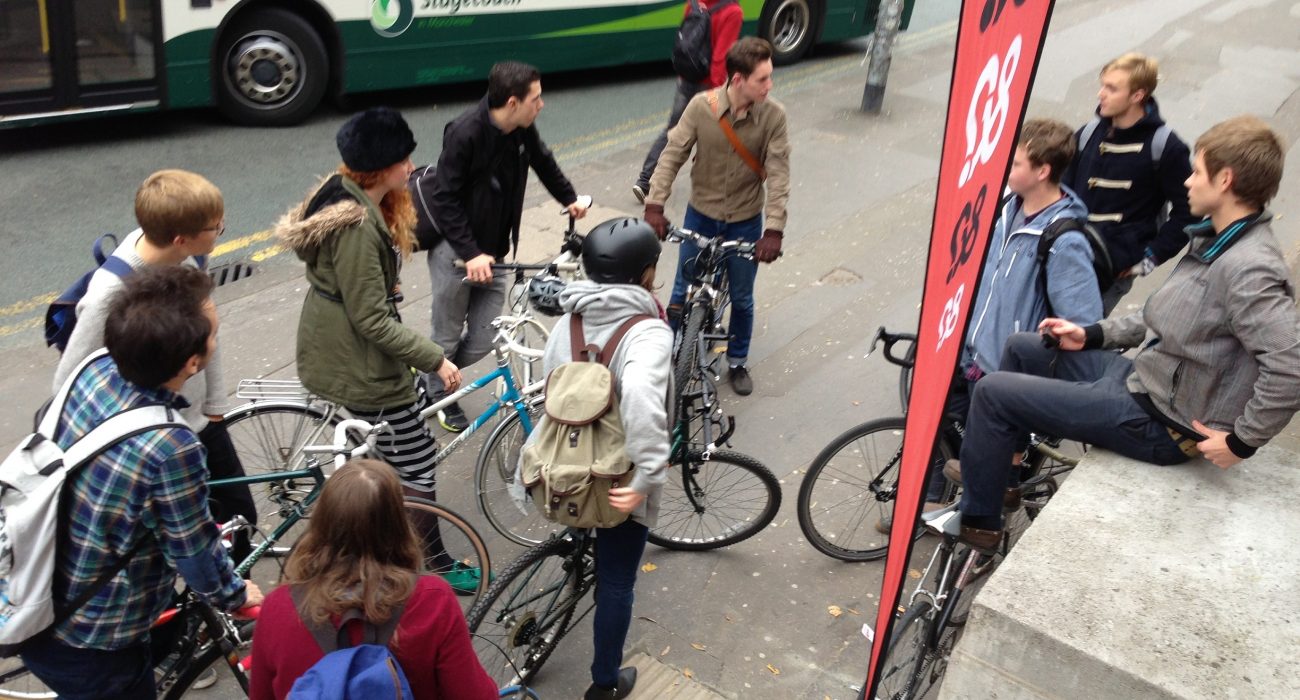 In May 2013 Lee Rigby, a British soldier, was killed in London as an act of revenge for the British Army killing Muslims in Iraq. In April 2014, Boko Haram, an Islamic Jihadist organisation that claims it is resisting westernisation in Nigeria, kidnapped 276 Nigerian girls. In August 2014 the American journalist James Foley was beheaded by IS in Syria, followed by Steven Sotloff in September, then British hostage Alan Henning in October of the same year. Also in October of 2014, in Ottawa, Canada, a shooting by a Muslim at a war memorial resulted in the death of one Canadian soldier. In December 2014, an attack in Sydney, Australia by Man Monis, an Iranian Muslim, took the lives of two people in a hostage situation in a café. Finally, in January 2015, came the attack in Paris on the satirical magazine Charlie Hebdo, which published cartoons dishonouring the prophet Muhammad. The attack was carried out by three Muslims and resulted in the death of 12 people.

All these attacks were done by Muslims, “in the name of God” and, “in defence of Islam.” As Muslims, every time we wake up to such horrific incidents, we pray: “Please God, not another Muslim attacker!”

Many people view these attacks as war against liberty, freedom, and humanity. This may be true, but it’s also a war against Islam. Some may think this is complete nonsense: How can it be against Islam, if it’s targeting western nations whilst proclaiming “Allahu Akbar” and claiming to seek revenge for affronts to Islam?

Let’s look at the situation, so I can explain:

First, these terrorist organisations have killed far more Muslims than any other group. Following is a collection of statistics of Muslim victims of terrorist attacks committed by so-called “Islamic” terrorists in November and December of 2014:

In Afghanistan, 81 civilians were killed, and in Pakistan 69 civilians also perished. Let us not forget the horrific attack on a school in Pakistan that resulted in the death of 145 innocent people­—mostly children.

In Yemen, more than 25 were killed, and five more were murdered in a shooting in Al-Ahsa in Saudi Arabia.

In Egypt, two were killed in a bombing attack.

In addition to this are the deaths of hundreds of thousands of Syrians in the ongoing conflict over the past four years, and the existence of IS that is brutalising and horrifying the Middle East.

These few examples of suffering in the Muslim world are evident enough. For many Muslims around the world going to school, going shopping, becoming a police officer or a soldier means that you don’t know if you will ever see your family again.

The second reason for my argument is that which follows each attack. The lives of the majority moderate Muslims in the Weat are negatively affected after each attack. I do not blame communities in the West for being angry: We are all angry! Western societies fought for their freedom, liberation, and peace. No one wants to feel threatened, or to live under the fear of being on a hijacked aeroplane, taken as a hostafe in a café, being kidnapped, or being shot cold bloodedly at school or at work. No human being deserves this. Muslims know what it feels like when Western countries are being attacked for their freedom, liberty, security, and relatively stable economies.

Following the news of the Charlie Hebdo attack, I came across many comments on the Yahoo! news page that got my attention.

‘Dave’ and many others expressed their anger at the Paris shooting. He wrote: “Want to change Islam. The first thing is to not let anyone from these countries into the west [sic]. No exceptions. Next round up all of the radical ones and either lock them up or send them back to their country. Next isolate these countries completely economically. Accept high gas prices, but buy no oil from them. Make it so hard on these countries that they rid the world of the radicals themselves.”

Of course, ‘Dave’ speaks as someone fed up with what Muslims has brought to his country. He thinks that getting rid of them, and being isolated from Muslims will solve the problem. Of course this doesn’t represent every westerner’s views. Many still believe that those responsible for these attacks are criminals, and showed empathy for other Muslims in their community.

But for how long and how far will people remain empathetic? People want to live in peace in their homeland. They don’t want to live in fear: looking over their shoulders for some crazy fanatic who believes that killing strangers will take him to heaven. Moreover, what got my attention was that most comments on social media targeted their hatred and anger towards Islam and Muslims in general and not terrorists and criminals. Muslims are facing many difficulties with the rise of Islamophobia and xenophobia in the West. In June 2014, a Muslim woman was stabbed to death in Essex as a result of hate crime against Muslims. Attacks on mosques, and hateful statements on social media are prevalent.

Terrorists are stealing our most sacred Islamic symbols. In my opinion, they are affecting Islam in a way that is more dangerous than any other war, even worse than colonisation: They are stealing the Islamic identity.

Throughout history there have been symbols that signify certain ideals, organisations, political movement, and countries. These symbols hold deep meanings and emotions. For example, the symbol of the Nazi party: it automatically conjures horrible images of Hitler, World War II, the Holocaust, genocide, and destruction. I thank God I was not born during that time. On other hand, the swastika used in the flag is originally a Sanskrit symbol that means ‘good fortune’ and is considered to be a sacred symbol in Hinduism, Buddhism, and other faiths. Hitler’s actions managed to change what this sign signifies to millions of people around the world by placing it on the Nazi flag.

Now look at the notorious IS flag. Most terrorist groups like Boko Haram and Al-Qaeda unfortunately use the same text. It shows the prophet Muhammad’s signature that he used to stamp his letters, alongside the core statement of the Islamic belief: ‘There is No God but Allah’. A clear declaration of our belief, that there is only one God. Nowadays, if you show this symbol to both Muslims and non-Muslims, what they will think and feel? For both it will bring the images of fear, and opression. It will bring an image of something I never want to be—something evil, against freedom and liberty.

These terrorist groups are hijacking our core values, symbols, our prophet’s name and signature on their own flags. These groups and their actions do not represent Islam, the prophet Muhammad, our Quran, my family, my friends, my neighbours or any Muslims I’ve met in the 35 years of my life. This holds true whether religious or liberal, Arab or non-Arab. None of them remotely approve of what these people are doing.

The prophet Muhammad (Peace Be Upon Him) said: “There will come a time when holding onto your faith will be like holding in your hands a hot burning coal.” At school, they interpreted the prophet’s saying as: it will be hard to hold on to your faith because life will be full of temptations. It will be hard to be faithful, honest, modest, not corrupted in a time full of material pleasure. But now, as terrorists are putting the whole world in danger in the name of Islam, Muslims globally will reach a point where they will be afraid to acknowledge or show their faith. When Islam is portrayed as violent and oppressive, then holding on to the Islamic faith will be like holding onto a hot burning coal.

What I am trying to say here to all non-Muslims is, in hard times like this, try and remember your Muslim friends, neighbours and colleagues whom you know aren’t terrorists. They are feeling just as confused and lost as you are. It is a time when you need each other the most.

We all need to think critically about terrorism, see beyond the attacks to what are causing these attacks. We need to ask why this phenomenon is growing around the world, what political decisions and agendas are reinforcing it? We need to all stand in solidarity, united and brave against our division. We need to recognise that the media follow their own agenda and everything that we are reading does not necessarily represent Islam. The identity of the terrorists, who are criminals, is not defined only by a word such as ‘Muslim’ or ‘Islamic’, and their motives, which are often politically motivated, do not represent the teachings or ideology of the Islamic faith. We must understand and explain to others the difference between being a criminal and being a Muslim and implore that the media choose different adjectives when describing the events that are deeply upsetting for all of us.

The terrorists are taking the most valuable thing we have in life, they are stealing our faith and our symbols. Worst of all they are brainwashing our youth, especially those who suffer from poverty, oppression, and neglect.

These terrorists are stealing our identity—it’s #NotInMyName.

Comments on the Yahoo! article can be found here. 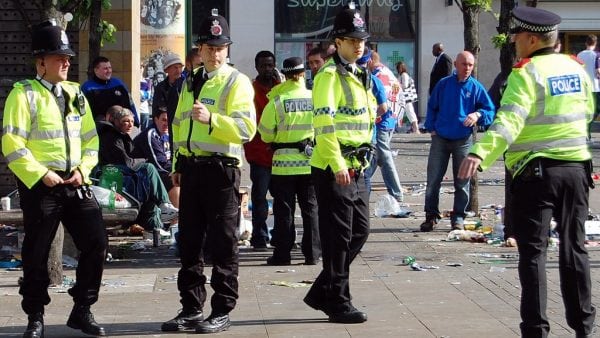