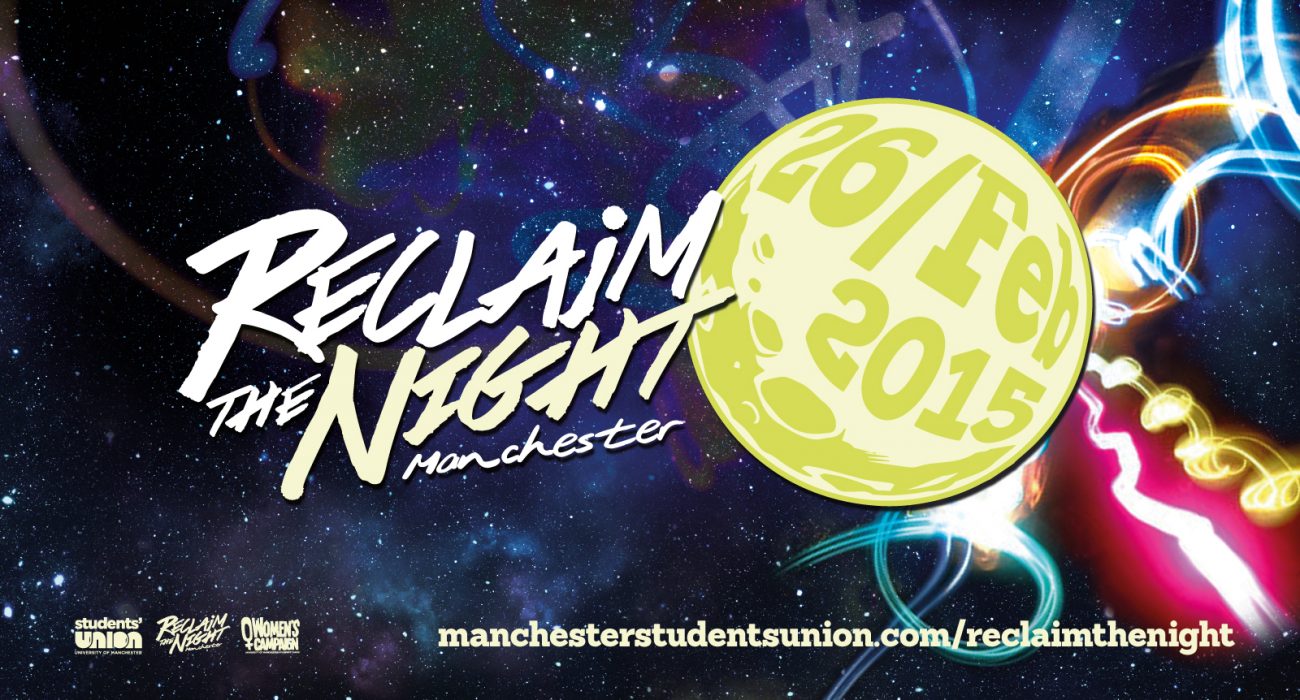 On Thursday the 26th of February, the streets of Manchester will light up with storms of voices saying ‘No’ to sexual violence against women, street harassment, rape culture and victim blaming.

Reclaim the Night is open to the whole community and will be full of colour, light and noise. The march will be lead by a self-defining women-only block and followed by a mixed block open to all genders.

A recent survey of young women showed that 43 per cent have reported being sexually harassed in a public place in the last 12 months. A 2013 Home Office study showed that one in five women have been sexually assaulted since the age of 16, yet only 15 per cent felt able to report this to the authorities.

Women’s Officer, Jess Lishak, says, “we will be raising our collective voices and making ourselves too visible to ignore when we take to the streets in our hundreds.

“Everyone is welcome to join us to add their voice to the protest in our march against violence against women, street harassment, rape culture and victim blaming, which is unfortunately so pervasive in our society.”

The march will gather in Owens Park outside The Tower, Wilmslow Road, Fallowfield at 7:00pm.

A neon parade will head down Wilmslow Road and Oxford Road, which will be closed to traffic, towards the University of Manchester Students’ Union.

The evening continues with the Reclaim the Night free afterparty, a festival of the finest women’s talent, with live music, speakers, poets, community stalls and awesome DJs till late, at the Students’ Union from 8:30 – 2:00am.

The Mancunion spoke to Women’s Student Officer, Ellis Quinn: “Reclaim the Night is about empowering the whole community to speak out against sexual violence, street harassment and assault.

“It has so far been a huge success. It engages with hundreds of people from all different walks of life to unite and stand up together.

“This year’s march is of exceptional importance given the incidence of student sexual assaults in the Fallowfield area. These horrific acts prompted action from the student community, with some individuals creating a petition to increase police patrols within the area.

“Reclaim the Night seeks to harness this enthusiasm and anger and turn into something positive. If you want any information please contact the women’s officer Jess Lishak at [email protected].”

Reclaim the Night T-shirts are now available from the Union Store for £12. There are four different styles available, all printed with glow-in-the-dark ink. All profits will go to local charities that work with women who have experienced sexual violence, domestic violence, and street harassment. 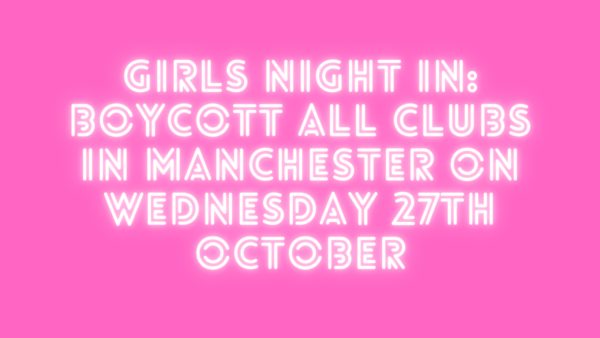