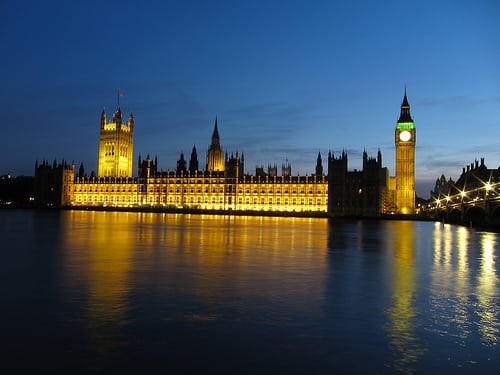 How much are our MPs really worth?

There’s nothing more that we love in this country than catching out somebody who is in the public eye and then watching them squirm, grovel, hide and, if we’re lucky, get angry in front of the ensuing cameras. Not content with a mere fall from grace, we–through our notoriously vicious tabloid press–bay for their blood until the excitement of the kill wears off and whoever had just been subjected to the mauling of a lifetime is left to pick up the pieces.

This is not always a pretty or honourable sight. The tabloid press can and does embarrass itself, and by extension us, in its relentless pursuit of some. However, when it comes to a directly elected representative of the people, caught seemingly discussing the exchange of political influence for money, it is open season. And quite right too.

We like to think that our society has extremely low levels of corruption and our public servants are among the most dedicated in the world; we sorted our expenses scandal, remember?

Maybe not–recent revelations concerning the Rt Hon Jack Straw and the Rt Hon Sir Malcolm Rifkind have again raised awkward questions regarding the finger-to-pie ratio of some of our most experienced legislators. In a joint investigation by Channel 4’s Dispatches and The Telegraph, both Rt Hon members were caught on camera allegedly offering to further the interests of a Chinese company looking to expand in Europe. Both, as former foreign secretaries, are well placed for this kind of work.

Sir Malcolm boasted “I can see any ambassador that I wish to see” and Straw talked of a previous conquest of changing laws in Ukraine. Needless to say that this is extremely unfortunate for the two gentlemen concerned, they will miss out on what was no doubt going to be handsome payment for their services, up to £8,000 a day it would seem.

Whilst this scandal had, in no more than 48 hours, claimed the political careers of two Westminster heavyweights, it also raised serious questions about how much our MPs should be paid and how much they should be allowed to earn outside of parliament–the earning potential is obviously there.

Our society will forever benefit from hardworking investigative journalists exposing wrongdoing. However, in the aftermath of these stories, we often fail to ask the right questions to ensure that whatever was broken before can be properly fixed this time round. Instead, it is much easier to maul a public figure for a while and sit and wait for the next exposé.

Our MPs enjoy a salary that is more than twice that of the average Briton, and are able to claim expenses for conducting their parliamentary duties. This is fair enough, they work for us and it is only right that they have the necessary support to run an office, stay in London when on parliamentary business, and have the appropriate expenses for travel paid for. It is also necessary that doing the job of an MP be seen as worthwhile.

These are, after all, the 650 people out of a population of more than 60 million people who we entrust to run our country. We want to be attracting the most knowledgeable, desirable people for the job so that we get the best out of our parliament and thus our population. This is a logical process of thinking, and is the reason that I think that MPs should be handsomely paid; otherwise, what is to stop our best and brightest choosing the private sector every time?

The real issue, however, is not that two MPs have been caught offering influence for cash–we all know this is and should be illegal; it is that the salaries of our MPs are whilst high by national standards at £67,000, lower than what some MPs would expect to earn in the private sector. In Japan lawmakers earn £165,945, in Australia £120,000, and £108,000 in the US. Couple this disparity with the fact that in this country there is no cap on MPs earnings outside of parliament and we have a problematic situation. What is a fair amount to earn outside of parliament, and should you be barred from certain jobs whilst a serving MP?

According to the Register of Member’s Financial Interests, Jack Straw earned £41,000 from speaking since 2014, and Rifkind more than £250,000 from holding various non-executive board posts. Many people would find that hard to say no to. Whilst is it not suggested that these outside earnings resulted in any lobbying, the size of the amounts earned will raise eyebrows and sit uncomfortably with many.

So, how much should our MPs earn? If we raise their salary can we expect them to then not take extra jobs? Should a business owned previous to being elected be treated differently to a consultancy picked up after election? These are the questions we should be asking, and answering in a mature manner, instead of rushing to grab the pitchforks and demand all our MPs live in a cardboard box under Westminster Bridge, eating cold beans.

That kind of debate serves no one except those advocating the status quo.