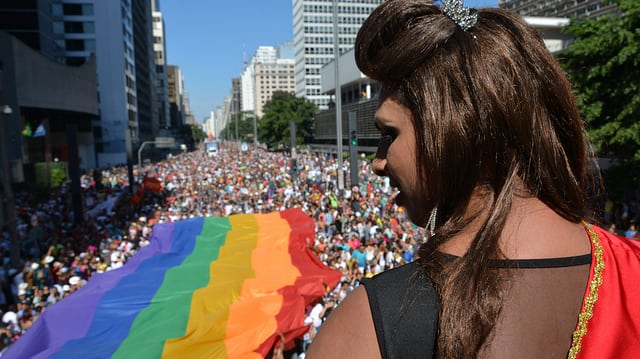 The LGBT+ community has long accepted gender roles as socially constructed tools for the sake of oppression. Has the realisation led to the overuse of 'de'-gendered slurs? Photo: bentavener @Flickr

Sluts, bitches, and the LGBT+ community

If you’ve ever taken the time out of your week to watch RuPaul’s Drag Race (you should), been to Canal Street, or spent time with the LGBT+ community, then you will have noticed the issue of the gendered slur.

In our modern society, gendered slurs have completely lost all form of acceptability they once had. A slur has never been acceptable but gendered slurs have been tolerated more than others for a long time. We luckily live in a world where there is a marked decrease in the use of these terms because of their use to marginalise women.

It’s quite rare though that you would hear a member of the LGBT+ community calling a straight man—other than a very close friend—a gendered slur. Perhaps it’s because of the potential to get a punch from an emasculated man. Yet you would hear it being used against a woman.

Calling a man a bitch is emasculating because he is inferring from the slur that he is being called a woman too. Calling a woman a slut is offensive because it supposes that a woman’s sexual promiscuity is somehow worse than that of a man—so much so that it does in fact deserve a separate word.

It’s not a problem with a close or an ideal solution, in fact it’s more of a question: Is the use of degendered slurs in the LGBT+ community marginalising to women? I would say that it probably still is marginalising, merely because of the fact that outside the LGBT+ world, the words carry marginalising weight. But then I ask myself where does progress start?

I suspect that the innate ability of LGBT+ people to avoid calling straight cis-men whores and sluts should also be innately extended to doing so with straight cis-women. Yet, LGBT+ people often do call women sluts and dykes and I think this evidences the fact that we’re subconsciously still aware of the gendered nature of these slurs, and it is only within LGBT+ safe spaces that they have lost that.