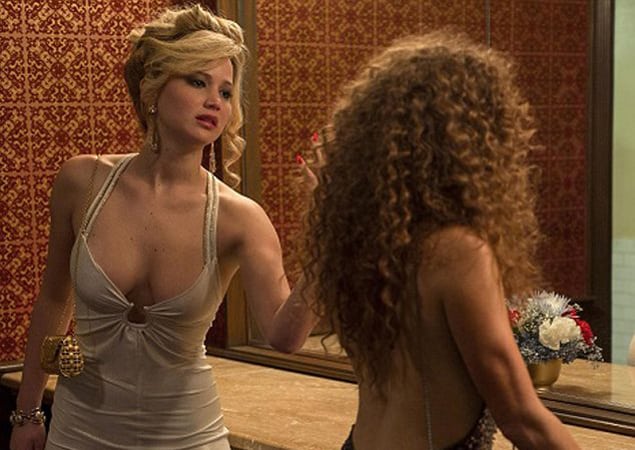 We all know how it goes: A fresh personality appears in a fresh teen saga and through media incubation grows to achieve stardom of ridiculous proportions. Just like so many before her, this is how Jennifer Lawrence became the international superstar she is today. Much like the iPhone 8J or the Samsung Milkyway XI, she is the same old thing sold to us under a new name and ‘tude. What makes me worthy of declaring this? I’m a film critic, this is what I do. Deal with it…

I see Jennifer as the One Direction of the film industry. She rose to global fame through a commercially successful product; Hunger Games equals X-Factor; and then became a heartthrob by resonating with female insecurities; “I won’t starve myself for a role” equals ‘That’s What Makes You Beautiful’. This means that a huge part of her appeal does not lie in her on-screen performances. If you have lived anywhere with access to online ‘news’ you will have caught wind of her ‘hilarious’ interview replies and her ‘I can’t believe she just did that’ attitude at the stuffy Hollywood events. This year she decided to visit a Boston mall instead of attending the Oscars, because she is just that cool. Basically, Jennifer’s charisma lies in her ability to not play by the rules. Just when you thought she’d just meet Jack Nicholson and be all like ‘whatever’, she turns around and, like, totally freaks out, dude!

Let’s talk about the acting for a bit. Miss Lawrence came to prominence in X-Men: First Class, where she portrayed the morally ambivalent character of Mystique. I do not know who’s decision it was to dumb the character down to an insecure attention-seeking teenager, but I will say that Miss Lawrence played the part perfectly. Then the Hunger Gamers saga appeared and she was projected into stardom, where she was even awarded an Academy Award for Silver Linings Playbook. How did nobody see that that was one of the most overrated performances of all time, by the way?! Just because you play a mentally-deranged character doesn’t mean you can recite your lines as if you’ve only read them for the first time two minutes ago.

Anyways, now you know how I feel about Harry Styl… sorry, Jennifer Lawrence. Then again, maybe I am just a cold-hearted cynic. Whatever.