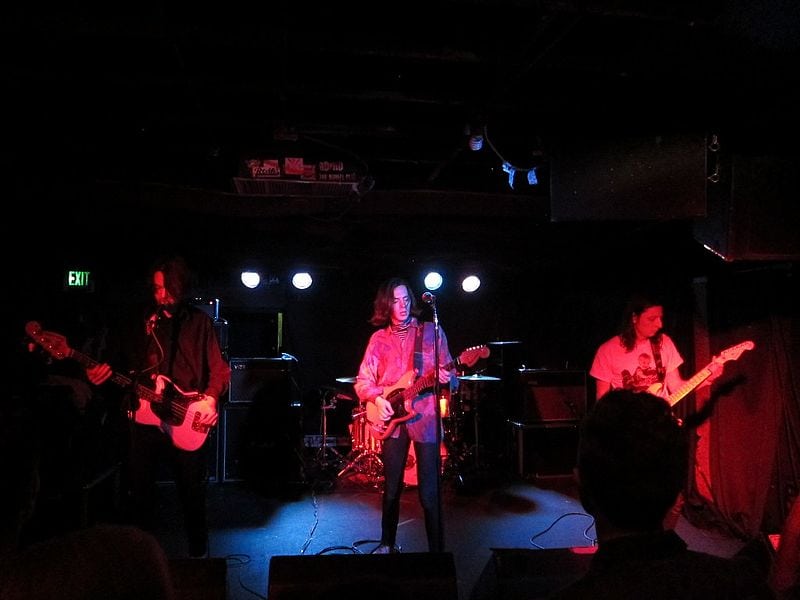 Cheap beer, pre-teen limbs flying everywhere and more loose hair bouncing around than barber shop’s bin on a paint mixer- what else could it be but another indie gig? Peace put on a stellar show on their first of three nights at the Manchester Deaf Institute.

After less than half the venue was filled for the support act I thought I was in for a disappointingly quiet show, but I was proven horribly wrong once Peace came on stage. The band’s big singles such as ‘Wraith’ and ‘Follow Baby’ had several albeit pathetically vanilla moshpits, which is strange for an indie crowd but still a testament to how the band can get the crowd riled.

The band also put aside their more playful side for a trio of sombre tracks including‘Perfect Skin’, ‘Happy People’ and ‘Someday’ to show they’re more than just a one trick pony and have a more mature side rather than just cheek and mischief. The highlights however were the climax of ‘California Daze’ leading into the mostly instrumental ‘1998 (Delicious)’, offering a good 10-15 minutes of musical skill and a sense of euphoric build-up to a worthy pay-off to the wild crowd. The other was an impressive mash up between Disclosure’s ‘White Noise’ and Pink Floyd’s ‘Another Brick In the Wall’, showing that Peace’s can offer more than standing on stage, playing their albums and going home.

I will say it would have been incredible, if not a bit too ambitious, to see the giant disco ball in the Deaf Institute used on the more disco-y tracks like ‘World Pleasure’. But evidently the crowd would rather mash their perspiring bodies into each other than dance to funk tracks. In all though, Peace put on one hell of a show.