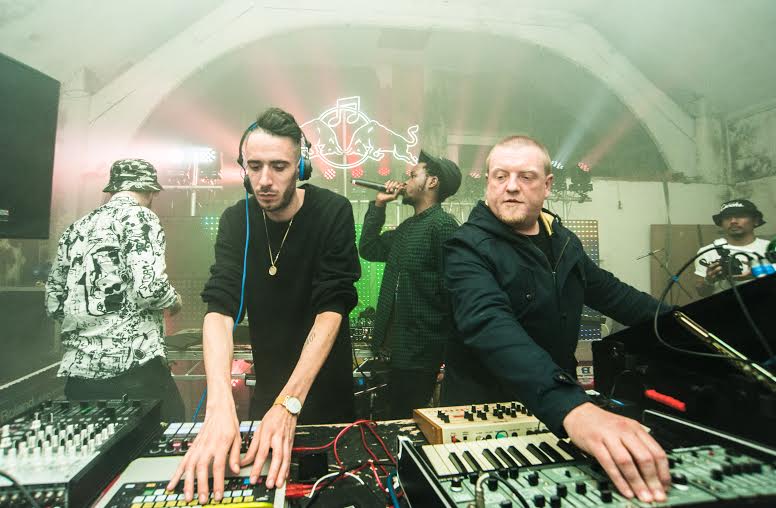 The line-up for the RBMA tour night ‘Zed Bias & Friends’ read more like a call to arms of stalwart Mancunian names in garage, house and techno. Hosted in the unique atmosphere of Antwerp Mansion, the venue had undergone a Red Bull themed makeover; the Mansion presented itself in its Sunday best with plenty of light screens adorning the peeling wallpaper and an impressively clear sound system.

After hanging up his headphones from DJing, Zed Bias returns with a new live show performing material from his extensive back catalogue, including latest album Boss. The first half of his set seems a little stagnant with the upstairs becoming borderline overcrowded and classic tracks such as ‘Music Deep Inside’ seeming to lose the subtlety that makes them so great. However, heading into the second half of the set the atmosphere picks up quickly with tracks such as ‘Flamm’ and ‘Tug’ feeling just as dynamic with the live reworking, drawing vibrant movement in the crowd. Finishing with a “live rewind” of Tessela’s ‘Hackney Parrot’ ends the set on an exceptionally high note, leaving a feeling that Zed Bias could have done with an extra half an hour considering he was the headline act.

Paleman takes to the decks downstairs, putting in a solid tech-house mix with a more party atmosphere than upstairs. Duo Akkord follow up Paleman with their signature blend of techno infused jungle, footwork and UK bass. Akkord prove to be a solid gem of the night with members Synkro and Indigo seamlessly playing back-to-back, whipping the crowd into a frenzy.

Zed Bias & Friends played out as a fantastic night, but with the sheer amount of local talent on the itinerary – each able to headline in their own right – nothing else could be expected. Despite the small issues – blocked toilets and overcrowding on the dancefloor being the main culprits – nothing dampened the vibe on this excellent night.