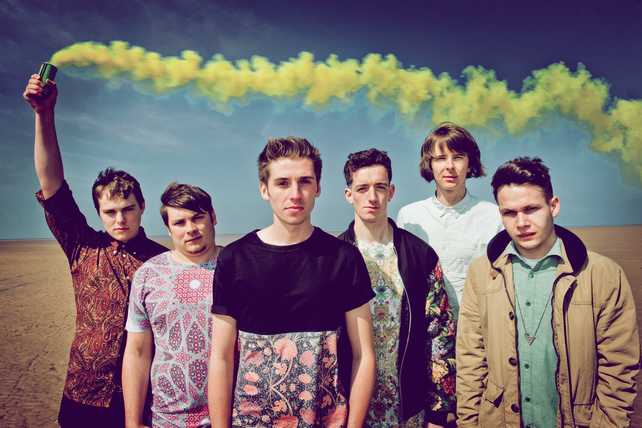 Live: By The Rivers

By The Rivers are a 6-piece Brit reggae band hailing from Leicester. Oozing with young energy but offering effortless musical talent, By The Rivers had the crowd in the palm of their hand on Wednesday 28th April. Supported by Jeramiah Ferrari, a reggae group from our very own Manchester, the night was filled with easy going reggae rhythms, creating a soothing session of bass and improvisation.

The more popular tracks such as ‘Rock Steady’ and ‘Harsh Times’ were winners for the clearly besotted fans, whilst the solid bass lines and fantastic improvisations from a recently added trumpet player urged many bystanders to get a bit closer and have a dance.

The band does not conform to one distinct style, highlighting each player as an individual and completely rejecting a uniformed ‘boyband’ approach. The lead-singer delivered beautiful vocals with an almost choir boy high tone that raise the more repetitive bass lines into songs of musicality. Meanwhile the saxophonist and trumpet player were grooving on down at the back of the stage. The only thing I would have liked to see was all the musicians given the foregrounding they deserved. Each band-member brought something different to gig, and deserved the same central focus as the keyboard and lead guitar.

Other hits including ‘Holding’ and ‘You Got It Wrong’ show the bands understanding of not only the simplest of reggae rhythms but also how to weave notes of funk and real groove into the pieces. Another thing was that the band clearly loved every second, which was great to watch and only lifted the performance higher. The set seemed to finish quickly but an encore was more than welcome and the boys said goodbye to Manchester to a soundtrack of screams, cheers and huge applause. Playing festivals The Zombie, and Shambala this year will see the boys crack on with spreading their feel good reggae tunes.

Tags: by the rivers, Live, Night and Day Cafe, review