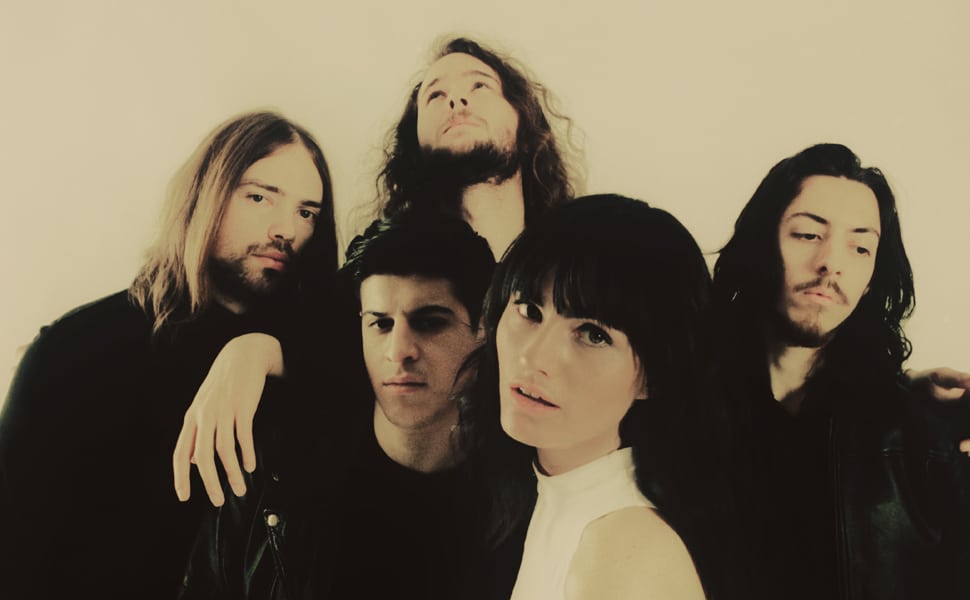 The Preatures were one of the hottest bands of 2014; not only were they the opening act at Coachella, they also supported the Rolling Stones on their Australia tour dates, and played a memorable set on one the most popular shows US television shows, Jimmy Kimmel Live. The UK has been strangely slow to catch on to them, and The Preatures’ debut album Blue Planet Eyes only came out in the UK in April this year, nearly a year behind the rest of the world.

Thankfully the album it was worth the wait. Despite its rather short length, the album is brilliantly well rounded but still features massive singles such as ‘Somebody’s Talking’ and ‘Is This How You Feel?’ However ,Izzy is quick to vocalise the pressure the band felt recording it making it. “There’s just something about the first record. There is so much pressure on you, when there really shouldn’t be. It’s really bogus for a new artist. I think the first album should be about making a statement, but then making it and moving on. Saying that, I don’t want to dismiss what we did, I wouldn’t have released it if I weren’t happy with it.”

Surprisingly, the album actually has a different sound from the two EPs the band had previously released, which the band partly attribute to the success of hit single ‘Is This How You Feel?’ “It gave us the confidence to go out and play loads of live shows. When we came round to doing the record, we didn’t want the track to feel out of place on the record, so we actually made the record around the track, rather than the other way around”, offers Izzy. Turning to these live shows, the band takes a different approach to the record. “Our live shows are a lot heavier. The record is quite upbeat and light, and the production is a little bit cleaner… a bit of a contrast to the hot mess of our live shows!’ laughs Jack. “I think when we got into a mind-set of when making the record and, especially after ‘Is This How You Feel?’, there was a lot of more of the personality that we injected into the record that we really wanted to explore in our live shows. We consciously tried to figure out what made the record what it was, and worked out what we wanted to bring to the live show. We don’t want to simply play the record, but that would be boring”.

Anyone who has been to a The Preatures gig will know that they certainly aren’t boring, and the Jack believes that touring has certainly shaped who they are today.
“Listening back, there is a lot of naivety present in ‘Is This How You Feel?’. We weren’t confident live like we are now, as we simply hadn’t played the shows. That’s just what you need to do to be a band.”

“When it comes to playing shows today I personally really like playing ‘Ordinary’, or ‘Somebody’s talking’ – our big songs are always fun”, adds Izzy. “There is song at the end of the record called ‘Business Yeah’ which I really enjoy playing, because it’s just me at the keys then the band comes in. I really like playing the slower songs, but it’s harder when you’re known for dancier stuff.”

The band have had a busy 2015 so far, playing a host of Australian festivals in January and February, and completing their first full UK tour in April. Jack describes their previous visit to Manchester as “really fucking miserable”, a stark contrast to the time they supported The Rolling Stones in 2014. “We only ended up just doing one show, because they had to cancel some shows due to Mick’s voice conking out. It was surreal though, The Rolling Stones are so much of an institution.”

“They seem from a different age” agrees Izzy, “But then you are supporting them and its just… wow”.
When quizzed about their future plans, the band is surprisingly open. “We’re already working on new stuff. We want to get the next record out as soon as possible”. As strange as this seem with Planet Blue Eyes finally coming out in the UK, it’s certainly a prospect to look forward to.