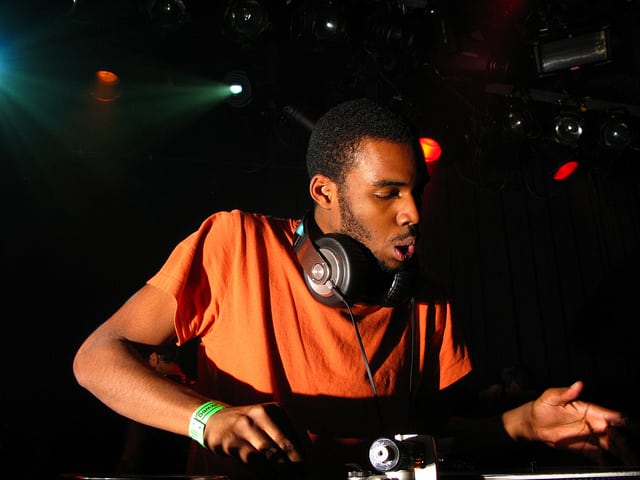 Manchester International Festival & the Warehouse Project presented a one off event to celebrate their 10 year anniversaries in one of the most unique spaces in Manchester. A day and night party, from 2pm – 2am, with a line up consisting of Paranoid London, Joy Orbison, Mr. Ties, Midland, Kyle hall, Octave One Carl Craig and Mike Banks, it was clear that the quality of music was always going to be high.

I couldn’t help but feel in such awe when I entered the venue. Room 1 was a vast, ethereal space that felt part of Manchester’s industrial revolution. Regardless of the alluring visuals and how warm Dark Sky’s live tracks sounded, I had to check out Mr. Ties in room 2. His set was full-bodied techno with an eclectic flair, he played a dark trippy remix of ‘Lady Marmalade’ by Christina Aguilera, Lil’ Kim and Pink and was unafraid to add his own touch, sometimes singing softly over the record. Room 2 was a much tighter and more intimate setting fitting somewhere between a club night and a house party.

Paranoid London stepped up at 7pm, the gripping and nostalgic vocals in their music such as ‘Paris Dub 1’ captured people’s attention in room 1. Joy Orbison knows his shit, and as always he delivered a tight mind-bending set, whipping out floor fillers and classic breakbeat techno tracks such as Digital Domain’s ‘I Need Relief’. Kyle Hall seamlessly transformed the room into a more laid back atmosphere with his soulful house set, proving that he is indeed one of Detroit’s finest.

The night ended with a bittersweet goodbye, as it is the last time Mayfield Depot would be used. It would have been one of Manchester’s greatest venues without a doubt, the sound system was ace, there was so much room to dance and the visuals were on point. Nonetheless, Manchester International Festival & the Warehouse Project remain a strong reminder that electronic music is alive and well.