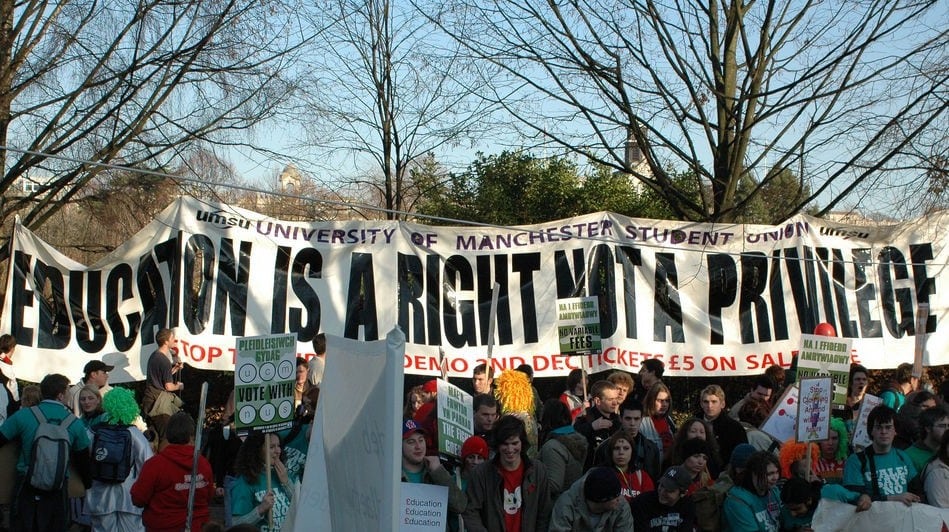 More than 80 per cent of students claiming the grant valued it as important, very important, or essential. Photo: daggi @Flickr

A report by the NUS has revealed that more than one-third of students currently receiving maintenance grants would not be at university without them.

The report, to which more than 2000 students responded, also found that 52 per cent of grant claimants call their grant “absolutely essential,” and a further third important or very important.

This comes after the scrapping of maintenance grants by Chancellor George Osborne, in favour of increasing the maintenance loan to £8200. Currently, students from households with an income of less than £25000 per year receive a non-repayable £3387 on top of their £4047 maintenance loan.

Following this, both the Institute for Fiscal Studies (IFS) and the Sutton Trust, which is based on the principle of social mobility through education, calculated the amount of debt the poorest students could be leaving university with at £53000—a potential increase of £13000 for those currently qualifying for the grant.

Government ministers have claimed that the replacement of maintenance grant with a loan will make living costs for students more affordable. The IFS state that poor students “will have a little more ‘cash in pocket’ whilst at university. But they will also graduate with around £12500 more debt, on average, from a three-year course,” causing the debts of the less well-off to significantly outweigh those of their better-off peers. Furthermore, government savings are not expected to be as high as promised.

NUS President Megan Dunn said: “It comes as no surprise that the students of this country recognise the profound and damaging effects the cut to maintenance grants would have. When a third of students are saying this cut would stop them going to university, the government needs to sit up and take note.

“That is why NUS has launched its #CutTheCosts campaign—local and national action must be taken in order to secure a U-turn on maintenance grants.

“We must also tackle the causes of this crisis and cut the costs that are pricing the poorest out of education. That’s why we will need to harness opposition party support and demonstrate widespread opposition to the government’s plans.”

At the time the Chancellor announced the scrapping of the grants, the University of Manchester Students’ Union released a statement calling the move “disgraceful… it will have a negative impact on our students who will now be burdened with more debt for even longer.

“This will work to further ensure that a university degree is something which can only be bought and accessed by those lucky enough to have the wealth to pay for it. As a Students’ Union we will do our utmost to campaign against this travesty.”