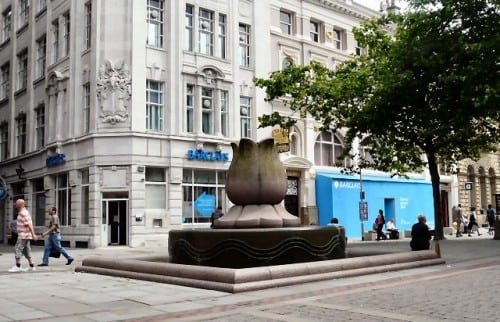 Hundreds of foreign students gather outside Barclays to set up accounts

Recently, hundreds of students have gathered outside Barclays banks across Manchester in order to set up new bank accounts. One queue in particular attracted attention as it was so long that it looped around St. Ann’s Square in Manchester city centre several times.

Barclays have given international students the chance to set up current accounts in just a few minutes upon arrival to a branch as long as they present the required documentation that includes a proof of identity, a proof of address and a proof of study.

Barclays bank are the only bank that have the new technology. Head of corporate relations in the North West for Barclays is David Bruce, who explains that recent investment in top-range technology has allowed the bank to overtake others in terms of setting up accounts for international students.

This has meant that Barclays have had a huge influx of international students who have been able to set up accounts without the stress of waiting to get an appointment with other banks.

Unfortunately though, this has had the knock-on effect of meaning that Barclays have had to turn some people away because of overwhelming demand. And with no other banks offering the speedy service some students could be waiting over a month for an appointment.