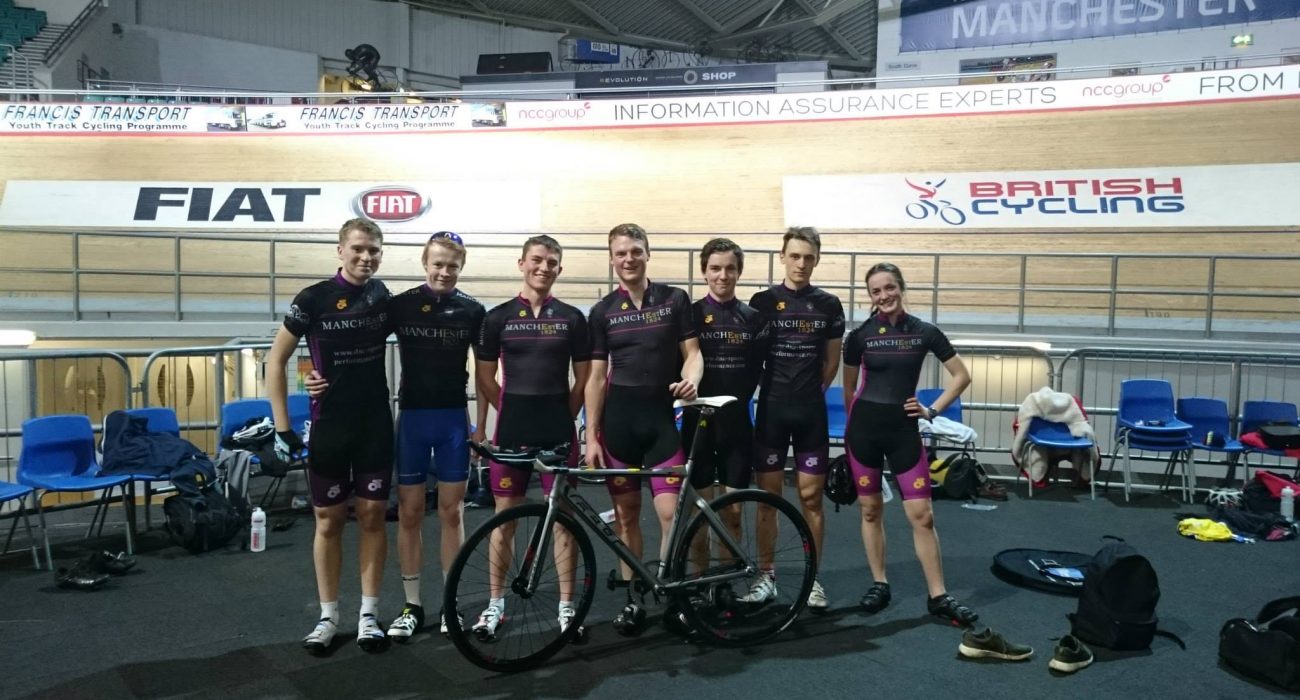 Cycling have been shifting the gears

The University of Manchester cycling team are certainly ones to watch this year after some notable success on and off the track last season. There were some stand out performances in the events organised by British Universities and College Sport (BUCS). Last year, Bex Barona made the downhill mountain bike race her own. She won the individual race and also teamed up with Grace Alma-Whitaker to win the female team race. The male team, consisting of Jack Stanton-Warren and Tarn Fynn, powered through to a third place finish, while Sebastian Baylis put in an impressive performance in the 25-mile time trial to finish in fifth place. The only para-athlete to compete in the BUCS cycling events was our very own Eleni Papadopoulos.

Off the track, the administration has been transformed, bringing in new sponsors and partners; Lapierre, Homes4U and Bicycle Doctor all helped the club to move forward financially. There were over 120 members of the cycling team last year—a new record for the club.

For those who do not know much about the club, you certainly don’t have to be a Bradley Wiggins to join, since they run activities for all abilities of riders and cover all aspects of cycling. Last year, the club introduced a successful Easter training camp abroad, and set up the first ever Varsity time trial with Manchester Metropolitan University. We are proud to say that we well and truly dominated the event, with Tarn Fynn and Gareth Clarke finishing 1st and 2nd respectively in the male Varsity Time Trial. Eleni Papadopoulos finished second in the Female Varsity Time Trial.

Certainly the Cycling club are looking to up a gear this year. Having replaced their coach to get an input into every discipline, the cycling club will be looking to compete on all fronts and win more BUCS points, including targeting certain events at the Velodrome championships. The Christie Cup will be in Manchester this academic year, so a win on home turf would be huge motivation for the team, as well as ousting city neighbours MMU again in the Varsity time trial. The club are also planning to run another inter-university competition. This will consist of a series of criterium races, which of course they will be looking to win.

Having initiated early contact with William Adams, the new club captain, The Mancunion can reveal that there are plans to set up a charity bike ride for Maggies Centre. More information will appear in due course.

It’s certainly exciting times for the cycling team, because the potential is there for them to become a force to be reckoned with. If you have a passion for cycling or are looking to try cycling for the first time, get on your saddle and join the cycling club!

Will Kelly was speaking to Tarn Fynn, a key member of the Cycling Club Committee last year.