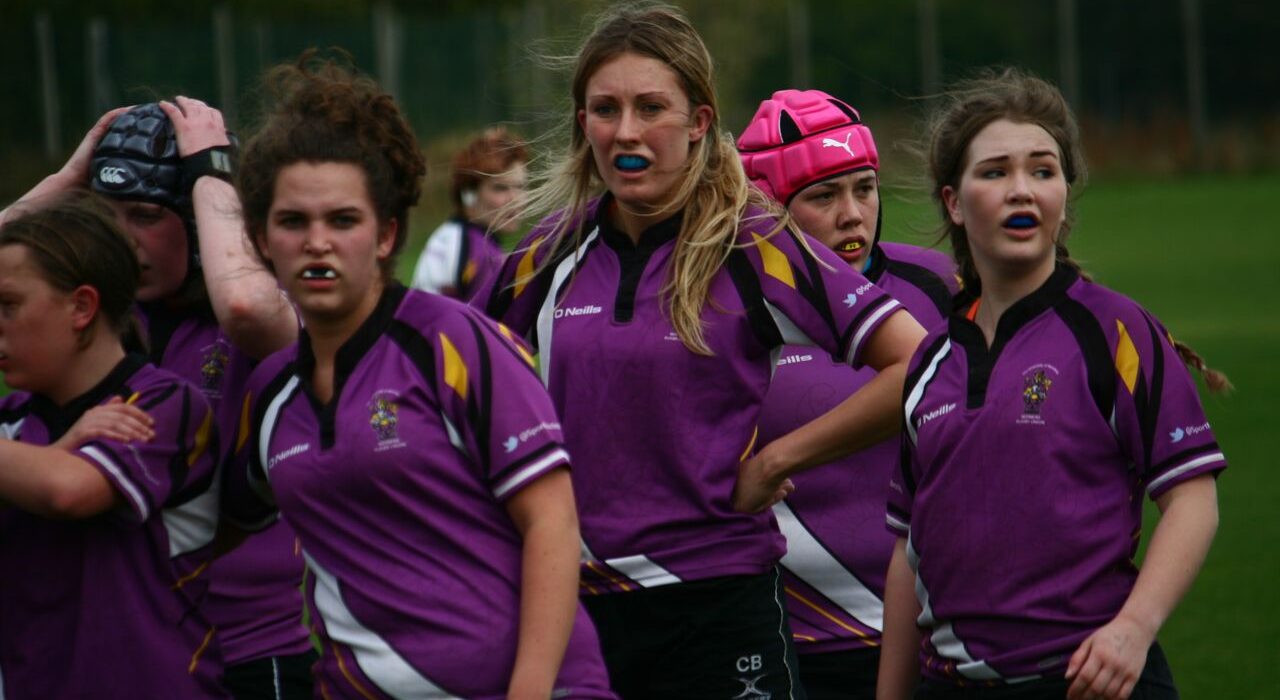 Rugby Varsity: This is no friendly match

The University of Manchester’s Women’s Rugby Union team are raring to get the season started with a victory against Didsbury Ladies in the upcoming Varsity match. Unfortunately, two weeks ago, Manchester Metropolitan decided that they would not be providing teams for Varsity, the most anticipated student sports match of the season. Captain Adelaide Harris was disappointed at the news because she feared that Varsity would lose its “local derby” element that made it a fantastic occasion.

Adelaide has been delighted by the news and assures me that this has the makings of an epic clash: “They are our friends but this is going to be a fierce competition. We know how we both play and although this match maybe built up as a friendly, on the pitch this will be no friendly. It will be fierce!”

It has been fair to say that the Women’s Rugby team has massively grown in size and stature over the last few years. Adelaide tells me that two years ago, the club had only one competitive team and one development team. Their initial philosophy was solely down to participation, and the development team at the time did not have enough experience in playing rugby.

Last season the club were able to field two teams for all the games, which demonstrates how rapidly the club is growing in size. Moreover, the amount of interest shown at the start of this academic year has completely blown Adelaide away.” It has been amazing really. For our taster sessions, we had over 50 girls in attendance and 200 sign-ups at the sports fair.”

Adelaide does recognise that World Cup fever has gripped the country and this has helped increase women’s interest in playing rugby. However, she gives great credit to the work being done by the RFU to promote the game. “Women’s rugby has certainly changed since I joined university. The RFU has made significant changes at grass roots level that are getting girls playing rugby at school, and at a much younger age.”

Moreover, Adelaide adds that the club are now in a position to change their philosophy: “Our club has always been about participation but now, we are in a position able to tackle the performance side of our team. Girls are joining the university team having played rugby for a few years, which is really good for us.”

Certainly one of the success stories of the club and one to watch this season is Zoë Childs Ford. Zoë was a fresher last year and her only experience of rugby had been touch rugby. Joining the development squad, Zoë improved rapidly and secured a place on the first team. Not only that, she also caught the eye of Lancashire and is now playing rugby at county level. This is a tremendous achievement and joining Zoë at Lancashire are two other University of Manchester students, Jessica Bailey and Selena Lockyer.

Seeing these girls progress is a credit to the development programme the club has run and Adelaide is visibly excited with the new girls coming into the club. “I can’t get enough of our freshers, I never want them to leave!” she exclaimed. “I am meeting girls who have never touched a rugby ball before yet they are up for anything. Last Saturday, we ran two sessions, in touch rugby and contact, and loads went for contact!”

This is certainly something Adelaide loves to see and encourages any girls who are interested to come to training. “I started playing rugby really late on in university and I am gutted I did not join sooner, I have had the best time. Socially, I found some amazing friends and through rugby, I found a sport I am good at when I always thought sport wasn’t for me.”

Speaking ahead of the season, Adelaide wants a strong performance in the BUCS and to see the second team rock up some wins in the Northern 3A division. For the 1st XV, Adelaide would like the team to push for a top 2 finish in the Northern 1 A division and to break into the Premiership.

“This is definitely within our reach”, stressed Adelaide. “We finished 3rd last season, one point behind 2nd place, having to void one of the matches. We could have beaten every team we faced last season and only lost the last game of the season by a try, we are progressing rapidly and would like to push on with our objectives.”

First things first—the test against Didsbury Ladies, and Adelaide and her girls will be looking to start the season strong with a win. This will be the last ever game for the University of Manchester for our recent graduates and I am sure they will do the purple shirt proud.

Adelaide encourages anyone whois interested in joining the club, or simply wants to get a taste of rugby, to come to a training session. The club train twice a week: Mondays 8:30 – 10:00 and Thursdays 5:00 – 6:30.