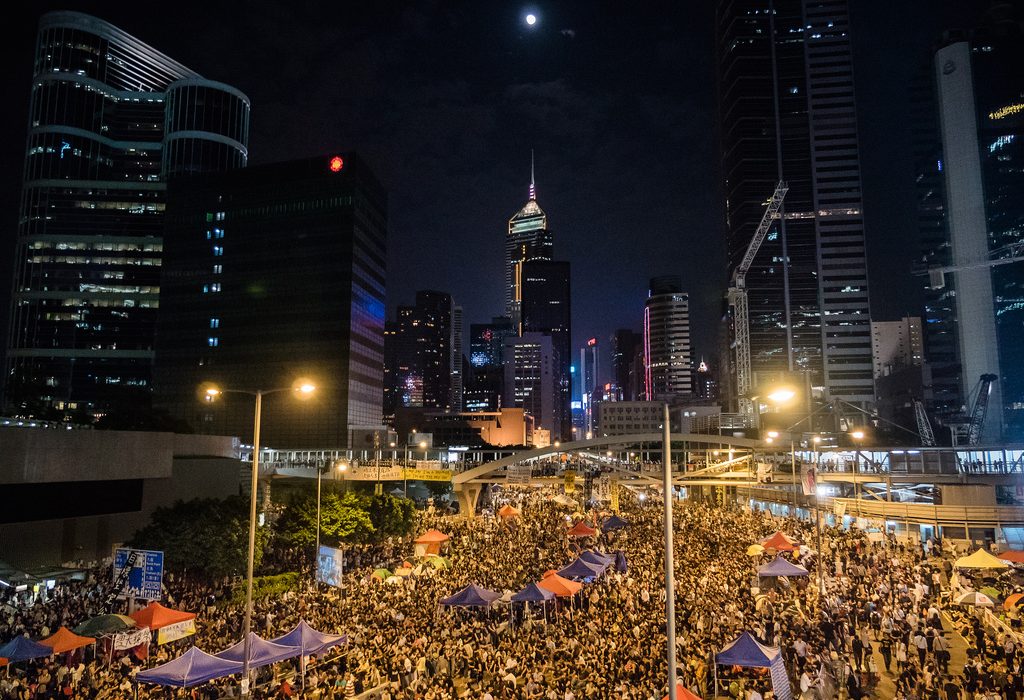 An estimated 2,000 students and faculty members gathered at Hong Kong’s oldest university to take part in a silent protest on Tuesday the 6th of October. The aim of the protest was to voice concern about Beijing’s infringement on academic freedoms.

The march took place on campus and was triggered by the university’s governing council’s decision to block Johannes Chan, a liberal law professor, from becoming Pro-Vice-Chancellor of the university on the 29th of September.

Students and academics opposing the decision believe it was pressure from the Beijing government which led the council to vote down Chan’s candidacy for Pro-Vice-Chancellorship by 12 to eight. Reports indicate that the move by the council was due to Chan’s participation in last year’s umbrella movement protests.

Timothy O’Leary, one of the leading organizers of the protest as well as the head of the School of Humanities, stated: “All we can conclude is that they have blocked it for political reasons and that is completely unacceptable.”

Chan’s supporters believe that the Beijing government is seeking to punish the university for the prominent role its student activists and professors played in last year’s pro-democracy protests. The so-called “umbrella revolution” of 2014 saw thousands protest for 79 days to advocate universal suffrage in China and the expansion of democratic rights.

The protests began after reforms to the electoral system were set to be introduced. These reforms were believed to be restrictive and placed control into the hands of the Communist Party. The Hong Kong Federation of Students and other student activist groups such as Scholarism, led by the well-known student Joshua Wong, started a strike soon after the decision was announced.

Occupy Central, one of the largest movements within the protests, was launched by Benny Tai, a law professor at the University of Hong Kong at the same time Chan was head of the school. The movement began its campaign of civil disobedience on the 28th of September 2014. Chan and Tai share a close relationship and it is believed that Chan’s close ties to his colleague were a driving force behind the decision to vote him down as a candidate for the Pro-Vice-Chancellorship.

Chan also expressed his concern about Beijing’s encroachment on academic liberties, saying “there are people who are worried about how far they can still comment on public affairs, particularly those who work in humanities. I have junior colleagues coming to me saying: ‘I don’t know really know whether I can still write about this or not.’”

Commenting on the aim of the protest, O’Leary said: “We march today in silence not because we have nothing to say, not because we are mourning anything. We march in silence to demonstrate to ourselves and to the city of Hong Kong what a university could be like if its academic staff and students were silent.”