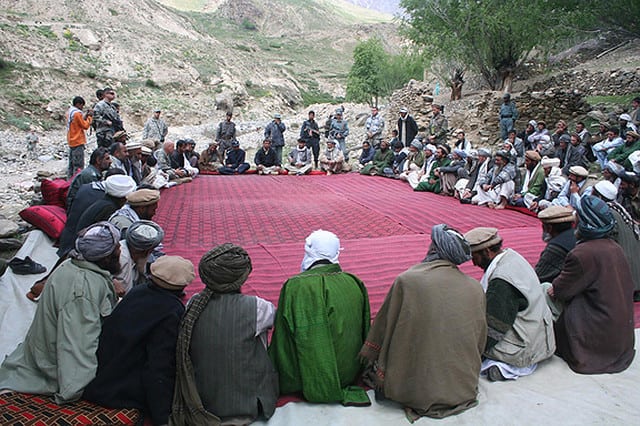 China, America, and the future of Afghanistan

New and old Islamic militants. New and old superpowers. A great game is being played out in Afghanistan, and it is just getting started.

The only comfort in this depressing tale is the nostalgic familiarity of an old name—the Taliban are getting back up to speed. Their capturing of the city of Kunduz is the cherry on the cake for their recent military campaign, a campaign that now sees them as controllers of around half of the nation. Kabul still stands, though, supported by 10,000 US officials.

But relations with the new superpower, China, are crucial. Afghanistan’s President Ghani has recently talked of plans to engage in closer relations, since his country has been somewhat left out recently. Although Afghanistan shares a border with China, unlike many other nearby nations, it is not yet prominent in China’s schemes for outward investment.

Firstly, the proposed new Silk Road—a trading route including a series of pipelines and rail networks that will further link the economies of Europe, Central Asia, and South East Asia (a project worth around $40 billion)—mostly avoids Afghanistan. Secondly, the Pakistani Economic Corridor is key for China, but again, there is little talk of that extending to Afghanistan.

There is some possibility that the Central Asian Network (branches of the Silk Road within Central Asia) will eventually be extended into Afghanistan, and China is by far the biggest player in resource extraction investment in the country. For example, Jiangxi Copper Corporation and the Zijin Mining Group Company have jointly won a recent bid of $3.5 billion for the largest undeveloped copper field in the world, estimated to contain $88 billion of copper.

Afghanistan also has large reserves of iron, oil, gas, and gold. However, investment becomes more risky in times when The Taliban are becoming a stronger presence. There is IS, too. The growth of the group prompted the US to add another 1,000 soldiers to their current force, even though the last forces are suppose to be out some time in 2016. China has given training to just a few hundred police, but perhaps with IS and Taliban presences, and competition with the US, it may want to step up its military role.

Consider the people of Afghanistan, though. How would they react to a growing Chinese influence? They may well celebrate. Their poverty and their past and current oppression, as well as their political instability, are key causes of desperation, and there is demand for, at the very least, a stable government. There is a long history of broken promises to the people of Afghanistan: the British, the Mujahedeen, the USSR, The Taliban, the US, and the British again.

But China will be a fresh face; and the recent accidental NATO attack on Kunduz Hospital, as well as the failure of the US and UK to remove The Taliban, will provide an extra narrative for any potential Chinese involvement.

China has another advantage, too. Their firms may bring employment and desperately-needed economic development. Prosperity may follow, although, based on historical and current cases, prosperity from overseas investment is usually locked up within the corporate and political elite. Out of 174 countries, China and Afghanistan sit 80th and 174th respectively in the Transpacrency.org ratings (Afghanistan shares 174th with North Korea and Somalia). Any kind of investment is not likely to greatly benefit the average Afghan.

However, a look back into history shows us two things. Firstly, that Afghanistan is one of the most fought-over nations in the world, and therefore its people have a long memory of war and occupation. Secondly, that military success in Afghanistan has never come to anyone other than local guerrilla forces.

With this in mind, a Chinese military policy might, at first, involve sending small concentrations of troops to protect infrastructure and investment projects. If more soldiers proved to be required—which they probably would be, judging by the advance of militant Islam across the Middle East—then China would have an opening for further influence. However, although Afghanistan has plenty of resources to exploit, it is by no means the jewel of the region. China’s true desire, and its true efforts, still lie in Central Asia and its links to the markets of Europe and Russia.

The true design of China’s future expansion is impossible to foretell. Arguably, they have a potential greater than the USA had in the wake of the Second World War, with a far larger population and a greater amount of land borders. They are emerging in both a quickly-developing region, and a better-connected world. They have a dubious government and harbour substantial inequality within their own borders. Both internally and externally, China’s capacity for damage to humanity is just as large as its potential for economic growth.

Thus, does the future of Afghanistan hinge on the investment proposals, boardroom meetings, and auctions of the Chinese corporate and political elite?

No, not quite. The Taliban and IS provide a growing threat (which China could utilise to justify intervention), and there is the US, too. They have spent just over $104 billion on ‘reconstruction’ in Afghanistan. That’s a little higher than the Marshall Plan, adjusted for inflation. The total cost of the war is estimated at around $1 trillion. America will not let that money go to waste. With The Taliban and IS on the rise, expanding Chinese interests, and a panicked US government, expect a troublesome future for Afghanistan. 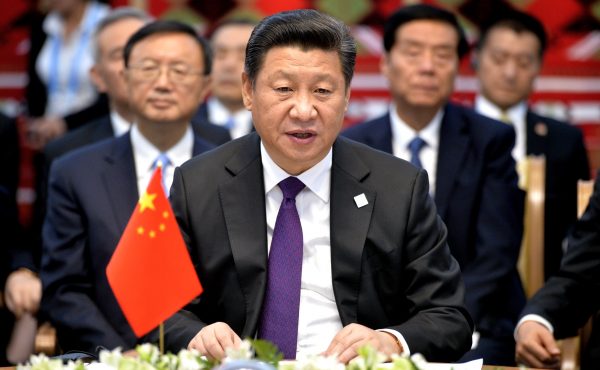