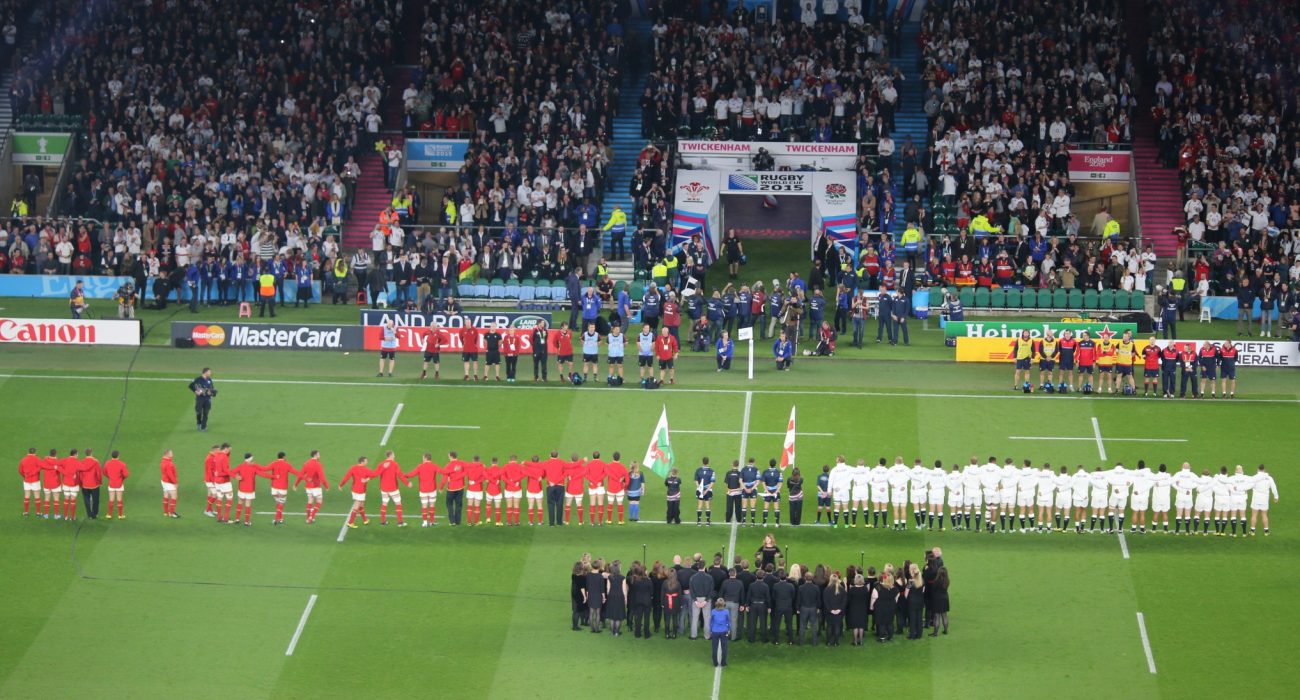 England were knocked out of their own World Cup by Wales in 2015 - can they do better in 2019? Photo: Marc @Flickr

England: Failure was not an option

Devastation and embarrassment. There can be no doubt that these words summarise the feelings of the England rugby team following their elimination from the Rugby World Cup 2015 with a game to spare. Not only are they the first host nation ever to exit the World Cup at the group stage, but the players face the prospect of being back playing for their clubs while the other nations compete in the quarter-finals.

Dissecting tournament failure has become normative regarding English sport in recent history, for the men’s teams, anyway. Here is my assessment.

For me, several crucial errors were made in squad selection for the World Cup. This is solely the fault of Stuart Lancaster. The momentum built over the last two years was lost through both squad selection and indecision over the primary fifteen.

In terms of selection, leaving out exciting players like Luther Burrell and Danny Cipriani was foolish. Burrell was prolific in last year’s Six Nations and, while it has emerged this week that Cipriani had a bust-up with England coach Mike Catt in the weeks preceding the World Cup, the attacking flair he possesses could have made the difference. For example, the demoralizing defeat to Wales – a game that was lost during the last ten minutes due to England’s lack of cutting edge – was the perfect scenario to introduce Cipriani and Burrell as substitutes. Cipriani can be filed next to Kevin Pietersen as a maverick with whom England lacked the conviction to invest faith.

Instead, the likes of Brad Barritt, Sam Burgess and Henry Slade were included. Barritt is a belligerent defender, yet, he is devoid of attacking flair. Slade was selected with the future in mind. In hindsight, it would have been more shrewd to pick blooded, more experienced players who could affect matches.

This brings me to Sam Burgess. The Burgess saga has been on-going ever since his 2014 conversion from Rugby League. I believe that he has the raw ingredients to be a good Rugby Union player. However, there is obviously a huge difference between a Premiership-standard player and an international-standard player. It is, frankly, ludicrous, that Burgess was even considered for the World Cup squad, let alone selected. He has played only twenty-one professional games of Rugby Union for Bath. His appearances in England World Cup warm-up games were his first taste of international rugby. For me, Lancaster was caught up in the Burgess hysteria. Blinded by the belief that Burgess’s raw power and resolute defence were England’s missing ingredients. Burgess’s lack of experience went unheeded. Conversely, the RFU’s investment in the Burgess conversion put overwhelming pressure on Lancaster to select him. Either way, the decision was a huge mistake.

In terms of playing style, Lancaster showed little regard for the successful formula used during the 2015 Six Nations. Playmaker George Ford was quickly replaced by the defensive Owen Farrell at fly-half, a decision illustrating Lancaster’s fear of losing. The last game of the Six Nations – England’s last fully competitive game before the world cup – finished 55-35 in England’s favour. It demonstrated the attacking potential England possessed.

England lacked said attacking intent during the World Cup. Lancaster’s tactics are to blame; his fear of losing consumed his attacking ambition.

Throughout his four year tenure, Lancaster has used 72 players in total. This suggests that English rugby has an abundance of players deemed worthy for the international stage. However, while a lot of these players would have been experiments, it does illustrate that Lancaster has tinkered hugely with his team, and leads me to believe that he does not know his best fifteen—an issue in itself.

England’s overseas policy must be mentioned: the rule that, aside from ‘exceptional circumstances’, only those who play in the English domestic league can be selected for the national team. Steffon Armitage, Dylan Armitage (Both at Toulon) and Nick Abendanon (Clermont Auvergne) all play in France. All three are arguably World Cup squad quality. In recent years, Steffon Armitage has been one of the best rugby players in Europe. His ability to make turn-overs – something so crucial in modern rugby – is exceptional. Australia’s philosophy and their victory over England illustrated the importance of being able to make turn-overs in modern rugby.

It is interesting that Australia have made exemptions to their overseas policy, particularly with Matt Giteau, previously exempt from playing, now a crucial member of the team. The rule is here for a reason (if the whole national team played abroad it would be a co-ordination nightmare), yet, S. Armitage would definitely class as an ‘exceptional circumstance’ in my mind. Lancaster and the RFU must take the blame for their recalcitrance.

It cannot be denied that the team have made progress since Lancaster took the reins. England have lost the Six Nations only on points difference for the last two years, and have competed well against the Southern Hemisphere teams. However, comparisons with Schmidt (Ireland’s coach) and Gatland (Wales’ coach) illustrate his flaws. Both possess a level of coaching experience that Lancaster lacks: both have coached club teams to European cup success (Leinster and London Wasps respectively). Their teams play a calibre of rugby that is greater than the sum of each individual part, and this is down to the respective coaches.

However, consider this: If you were to think of a World XV of active players, how many of them would be English?

Personally, I think you’d struggle to fit in any. This is relevant because, while we have a lot of high quality players, we lack any who are world-class. In a sense, the quality is diluted within a large player pool, rather than concentrated within a smaller number of individuals. We lack a David Pocock or a Jonny Sexton—a game-changer, a player whose overwhelming quality and skill raises the games of those around him. While selection can be heavily criticised, another way to look at it is that we simply did and do not have good enough players.

Looking forward, the RFU have to decide on Lancaster’s future. His current contract will see him through to the next World Cup. Personally, I think if a coach of international calibre (like Gatland or Schmidt) is available, then Lancaster should be replaced. A decision must be made soon, because whoever is in charge must be given a full World Cup cycle to build a team capable of writing 2015’s wrongs. If Lancaster remains, he will undoubtedly learn plenty from England’s humiliation. The painful thing about rugby, though, is that England must wait four years to redeem themselves. It is going to be a long four years.