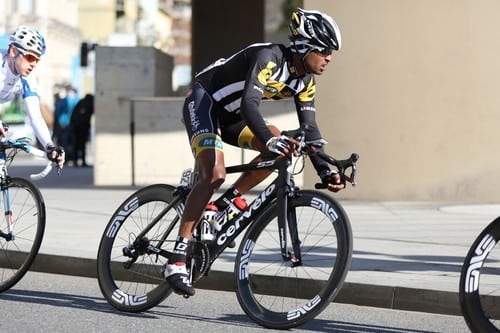 In 2015, MTN-Qhubeka made their first appearance at the Tour de France. In doing so, they became the first African team to compete at the tour, a major milestone in the sport’s history. Now they have firmly established themselves as the fans’ favorites with their attacking style and plucky underdog status.

The team has been bucking trends ever since its inception, and part of the team’s project is to promote the organisation Qhubeka. The word Qhubeka is an Nguni word for “to progress”, and the charity is the World Bicycle Relief’s South African programme. The group has distributed over 220,000 specially designed bikes to communities across Africa. The charity says that “having a bicycle changes lives by increasing the distance people can travel, what they can carry, where they can go and how fast they can get there.”

Devoting half of a team’s lucrative advertising space to a non-profit group has raised eyebrows amongst the European peloton, but their slogan #bicycleschangelives has helped gain support for their cause as well as their team on the roadside.

Like British and American outfits before them, they have had to import European talent to ensure invitations to top races. For instance, their first Tour stage win was with veteran GB rider Steve Cummings. However, the team insists that this hasn’t taken away from their ambition, and have said that in the next three to five years a black African could stand on the podium of the Tour de France. It may seem a bold statement, but similar incredulity greeted Dave Brailsford when he predicted that there would be a British winner within five years of Team Sky launching.

The squad certainly isn’t without African talent. Eritrean rider Daniel Teklehaimanot lit up the first week of the tour and wore the King of the Mountains Jersey for four days—the first African ever to don the polka dot jersey. It’s also the case that the African riders are younger than their European teammates, and will benefit immensely in their development by being on the team.

It’s also no secret that black representation in pro cycling is woefully poor. Of the 198 athletes at the 2015 Tour, only three were black, and only one came from a team outside of MTN-Qhubeka. Gregory Baugé is one of very few black athletes to climb to the heights of winning a world championships with eight world titles to his name. He also narrowly missed out on a gold medal at London 2012. MTN have also experienced some racism within the sport. While competing at le Tour it was reported that one of the team’s riders had experienced abuse from a fellow rider on the Tour of Austria.

However, the hope is that—with teams like MTN—more black athletes from all continents of the world will succeed in professional cycling. Latin American cyclists faced similar problems in the 1980s. An outsider nation at first, Colombians now dominate world cycling races, with the 2014 Giro D’Italia champion and double Tour de France runner up Nairo Quintana now a Colombian national hero.

The team will change their name to Team Dimension Data for 2016 but will carry on their mission of promoting Qhubeka. Success on the road has also allowed them to complete one of the most talked-about transfers in world cycling. Legendary sprinter Mark Cavendish has joined them for next season, raising their profile immeasurably and adding to the pool of talent and experience available for the home grown riders in the squad to benefit from. So while it’s clearly the case that they have achieved much for African cycling already, their best days look to be ahead of them. 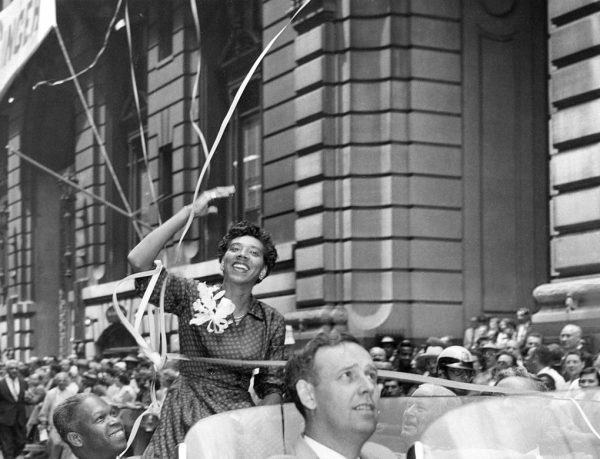