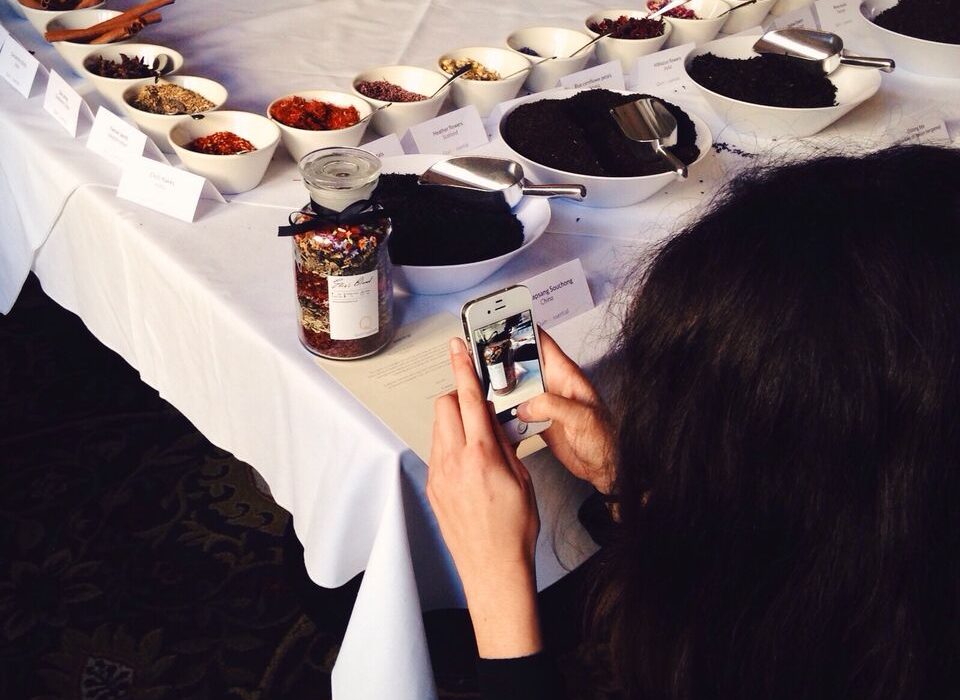 The art of telling a story through tea

On the 28th of September, I had the honour of being invited to Bernadine Tay’s exclusive Quinteassential tasting event, where ingTEAdients had been sourced from all around the world and collected, to adorn the shrine that was the tea blending station set up in The Wyvern Room of The Midland Hotel, Manchester.

As I arrived, expecting to be greeted by a room full of old ladies drinking English breakfast, I was delighted to see a small table in the centre of the suite that was laid out exclusively for six loose-leaf drinkers, bloggers, and food writers. Each place had a mysterious envelope on its table mat, marked with the guest’s name.

As our intrigue grew, Bernadine introduced herself as creator of Quinteassential, the passion in front (in no way does she take a back seat) of the brand and its design.

Bernadine went on to explain how she loved to drink tea from a young age, with her Mother steeping black tea and oranges in a tin kettle, while her family sat around for cakes and conversation. As she travelled, Bernadine noticed the almost ritual-like practice of tea that was present all over the world.

Each place to which she ventured had its own unique way of brewing, flavouring and serving the beverage as a means of lubricating the vocal chords and creating smooth, flowing conversation. Holiday gifts would come as hot-red Rooibos from Africa; smokey Lapsang Souchong from China, and musky floral Oolong from India.

Passing around the various boxes for us to view and smell, we all eagerly awaited the revelation of the connection between our envelopes and the blending table. Introductions over, Bernadine divulged: “The moment you’ve all been waiting for; you can open your envelopes.”

Now, before the event, every attendant had received an email from qtea’s Cassie & Amy, asking for a little bit about their personality, including one word in a tweet and a few facts. I had replied with the description that ‘I always like to try something new, am creative, friendly, warm and open-minded’;  with the word ‘enthusiastic’; and that I was studying at university. I didn’t think anything of this question, until it all clicked into place when I opened my envelope.

Bernadine had designed individual tea recipes for each of the attendants at her event based on the information that we had given her. She had thoughtfully taken the time to predict our respective personaliTEAs.

I couldn’t believe how accurate Bernadine’s concoction was from this brief sum up of my character. The tea recipe in my envelope sounded magical, and I loved that it was also open to interpretation, meaning that I could try a little bit of everything from the blending table. It was like a dream come true: potions class but with tea and without Professor Snape.

“For nights of midnight oil burning, partying yet still staying fit, Ellie’s blend is healthy and fun. South African Rooibos, fennel seeds, pomegranate seeds and a spray of flowers is a blend that is hydrating and bursting with antioxidants.

Caffeine-free and calming, Ellie’s blend is beautiful hot or cold, and one that is made for sharing.

Rooibos with hint of Seville Orange

I followed the recipe and surely enough, before I had even mixed it, it cast a spell on me. I was overcome with elation, asking tireless questions about the history of tea, the origin of the mint leaves—what were safflowers? Was this blending table available to purchase?

Being urged to shake my blend so that the components could infuse, I rotated my jar like an hourglass full of sand, watching the multicoloured grains combine and intersperse to form a beautiful new compound.

We were advised to wait a few days before trying our teas, so that the flavours would have time to brew in their transparent cauldrons.

Meanwhile, we sat down to enjoy an exclusive afternoon tea laid out by The Midland Hotel, which consisted of traditional cucumber sandwiches, warm sultana and plain baked scones, various cake selections and the modern twist of Vimto jelly with a vanilla panna cotta lid.

This was served, instead of on the customary three-tier plate tower, on an abstract wooden structure that did, admittedly, look a little like an upturned drawer. Manager James will be pained to see that description, but it honestly adds to the charm of the re-styled English convention.

The chocolate-orange Opera cake was smooth and soft, with its fine layers of alternating sponge and buttercream topped with a rich ganache that was almost mirror-like in surface. This stood alongside a perfectly moist square of cinnamon carrot cake, the infusion of warming spices making contrast to the sweet and tangy cream-cheese frosting. The scones were kept warm and snug inside a blanket of thick cotton cloth, which made the butter melt and sink pleasingly into the depths of the cakey bread.

Alongside the food, I drank an accompanying Quinteassential loose leaf brew: British Mint and Caramel. This twist on a classic brings me to the description of the products themselves.

It was in 2010 that Bernadine became inspired to nurture her passion for exploration and taste to form her own brand, one which would encompass all ranges of tea from the finest gardens around the world: Quinteassential.

Not only does the product itself taste incredible, but it is also clear that the designers understand the relation of taste to all the senses; sight, sound, smell, and touch.

The boxes are beautifully designed to illustrate the colours that correspond with each tea. For example the ‘Jewel of Africa’, that takes rich rubies, golds and ambers to reflect the resplendent moment in the evening sky when the sun meets the horizon.

The back of the product comes complete with an individual QR-code that when scanned plays a piece of music designed to conjure images of the Serengeti plains; its melody lasts for the exact time that it takes for the tea to brew.

Redcurrants, rooibos and sandalwood make up the aroma of this tea, and the earthy scents evoke the atmosphere of a warm Saharan night, with fire in the air and life bursting in its midst.

Even the packaging is tailored with the luxury experience in mind. Like a drawer to its dresser, the box slides over its base to create that inexplicable pleasure that comes from a perfect fit.

It was so enlightening to hear someone speak with the same passion and excitement about travel, sound, senses and smells to that that I am normally met with a raised eyebrow when unleashing. This day left me feeling invigorated, with a renewed sense of love not just for tea, but for flavour combinations and the relation of food and taste to happiness and the soul.

The brand does everything with finesse and accuracy, making a polished product that I am proud to have had the honour of viewing so exclusively.

Like when Bernadine said, “when I work at The Midland, I’ll know I’ve made it,” I concur, but for Quinteassential.

Use the code “Quintea” to get 15 pe cent off 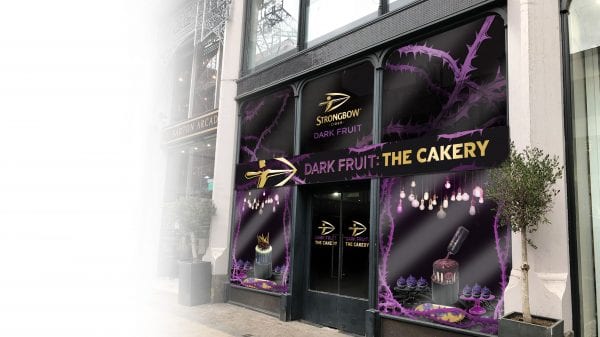