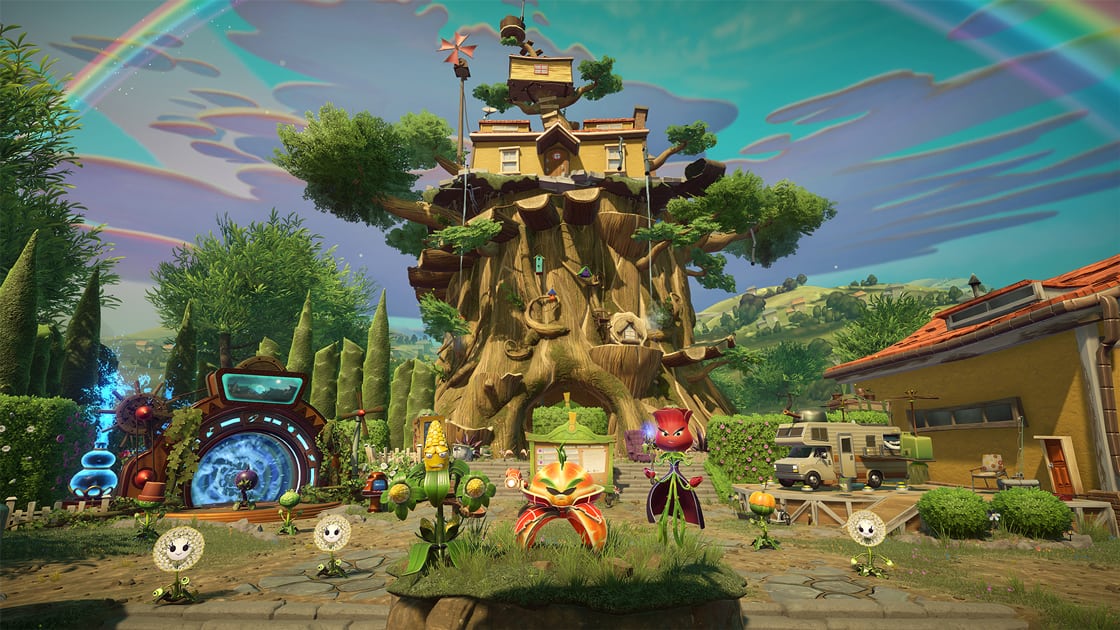 Did you watch E3 this year? Do you remember during the EA conference the man in the oversized mascot costume and how absolutely no-one applauded? That pretty much sums up Plants vs Zombies: Garden Warfare 2, a game that, like an ageing rock star or the Numa Numa guy, tries too hard to stay relevant and funny.

When PvZ:GW2 was on the EA stage, people quickly flocked to find something more interesting. Like Guitar Hero: Live. Or Farming Simulator 2016.

PvZ: GW2 is a third-person shooter where you can play as either Plants or Zombies in six fun (their word, not mine) online game modes against up to 24 other players. There is a huge selection of characters to choose from, divided into 14 classes. There is something for everyone! In theory, at least.

The main thing they were showing off at Gamescom, however, was the 4 player co-operative modes where you play as either Plants or Zombies defending objectives from the waves of Zombies or Plants. It sounds simple enough; you find three friends, fire up the Xbox One and spend a good evening playfully yelling banter at each other while playing as a bunch of fruits.

However for that to work the game has to be good. It committed the cardinal sin of being a bit boring and, well, lifeless. This sentiment was shared by all the other people I saw leave the stand early. The real challenge was not surviving the waves of enemies, it was seeing how long you could play for before someone suggested something more interesting.

It seems to me that EA want to reinvent a franchise that really did not need reinventing. At release I’m really not expecting much from this title. I am envisioning long queue times because you have to wait for 24 other players and a co-op mode you only play when you need something to base a drinking game off. But please, EA, prove me wrong.