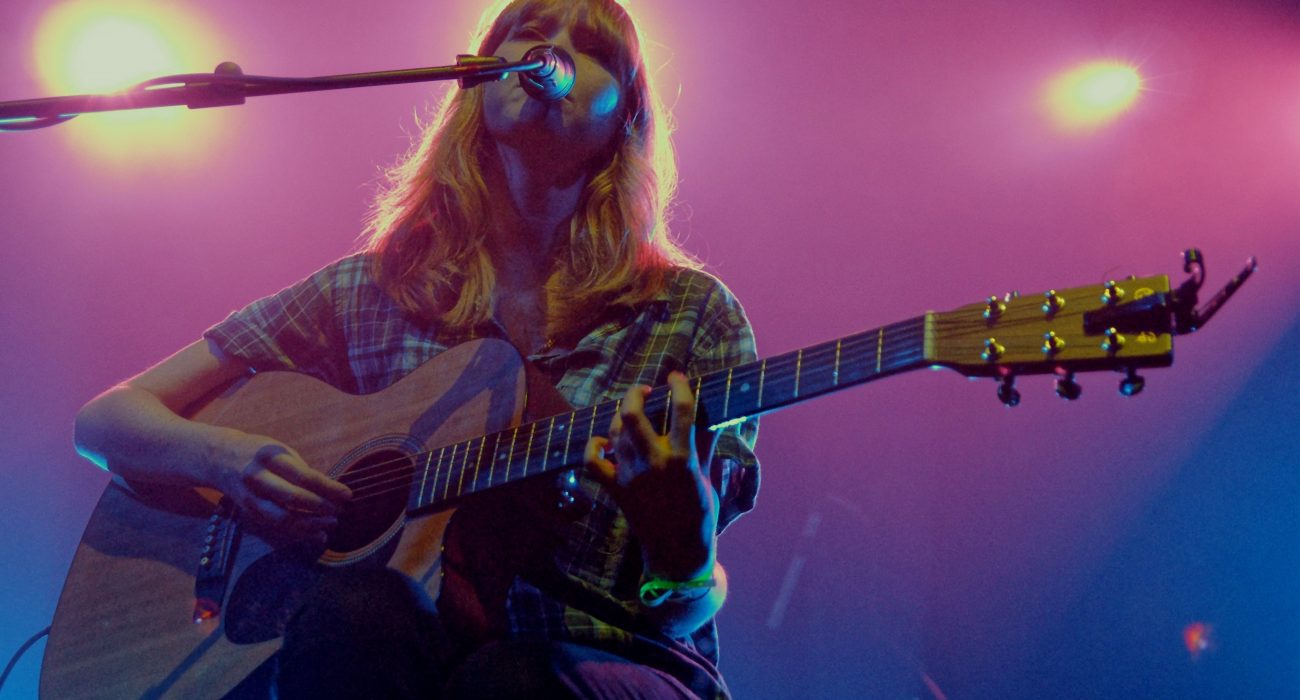 Fresh off the release of her sophomore album, Work It Out, indie-folk singer Lucy Rose embarked on a tour with similar-minded artists in tow: Billie Marten and Jake Isaac.

The show opened up with the infectiously bouncy ‘Like An Arrow’, though there seemed to be some pre-match nerves; it’s the first date of the tour. By the time she moved on to ‘Cover Up’, however, these seem to have died away and she settled to settle a little better into her groove.

Lucy wasn’t afraid to delve back to some of the fan favourite releases from her debut album Like I Used To and these contrasted nicely with the saccharine style of song from the new album. Tracks like ‘Shiver’ and ‘Lines’ proved to be pitch perfect and sounded gorgeous live, though a lot of the breathy nuances from the studio version were lost. Still, this did not stop half the audience singing every word back while clutching their elbows and choking back tears.

Despite the relative lack of detail in older material, songs like ‘Köln’ sounded fantastic live—the wasp sting of the bass brought way forward in the mix sounded punchy and grabbed me right in the chest. But for all of this praise, something failed to ignite a spark in the performance. Everything sounded a little too clean and polished. There was nothing that could be particularly marked as being wrong, it was a great performance all-round, but it was just missing something to take it to the next level.

This, coupled with Lucy becoming flustered during ‘Into the Wild’ during the encore due to a buzzing guitar, dragged the performance down a little. Saying “sorry” as her final word while leaving the stage was perhaps not the best way to go. Nonetheless, it was an enjoyable performance and she is worth checking out if you’ve got an evening spare, just don’t expect to be blown away.

Tags: folk, Like I Used To, Lucy Rose, Work It Out