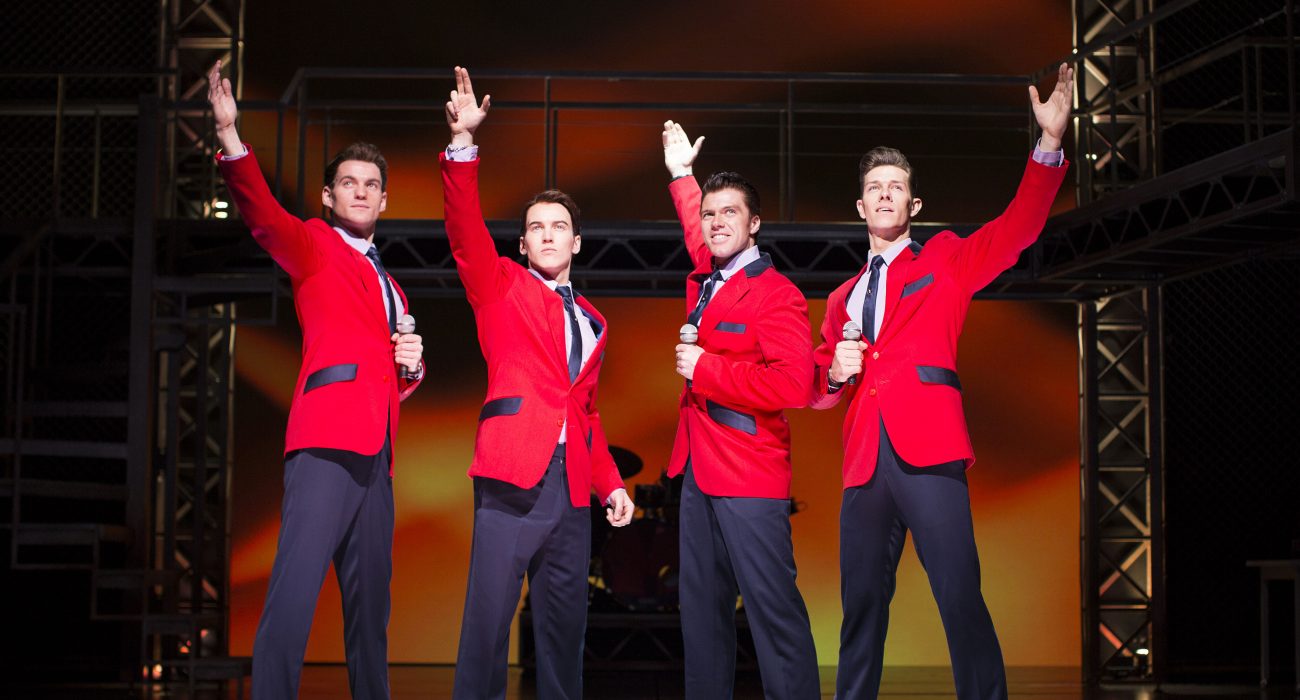 Jersey Boys debuted on Broadway ten years ago—where it will have felt perfectly at home with bright lights and classic songs every ten minutes. With 55 major awards worldwide, including the Olivier Award for Best New Musical, the show perfectly captures the trials, tribulations and tension of four young boys, portrayed by Sam Ferriday, Matt Corner, Stephen Webb and Lewis Griffiths, desperate to find fame and fortune within the music industry.

Built on the classic hits of Frankie Valli and the Four Seasons, Jersey Boys takes us seamlessly through the formation, success and ultimate break-up of the Rock ’n’ Roll group. Each member narrates their own ‘season’, providing their own perspective of events, and letting the audience in on this documentary-style format.

Not only do we get to see the harsh background of these characters, through their history of petty-crime and spells in prison, but the portrayal of the genuine friendships between the group is, at least, heart-warming. From immature gags and advice of “sex being better when two people are involved”, to the dealing of loan-sharks and debt, the friendship between the characters is clear and second to none.

Aside from the compelling story-telling, many would be happy to attend purely for the sensational array of hit songs littered throughout the duration. ‘Oh What A Night’, ‘Bye Bye Baby’, ‘Big Girls Don’t Cry’; to name just a few, had the whole audience beaming from ear to ear. It’s no wonder, as the Four Seasons are one of the best-selling musical groups of all time, with an estimated 100 million records sold.

For a night packed full of laughs, the occasional cry, and compulsory foot-tapping, Jersey Boys is showing at the Manchester Opera House until Saturday 7th November. It’s more than worth a visit, and you’ll be sure to have the soundtrack on repeat for days after.

Jersey Boys will tour to a further six locations into the beginning of 2016, and will conclude on the 20th of February at Wolverhampton’s Grand Theatre. For more information please click here.