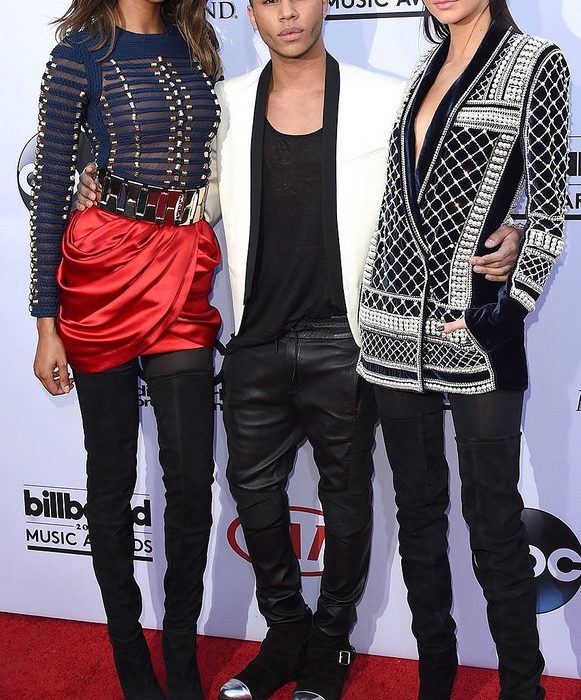 In the spotlight: Olivier Rousteing

At the tender age of 17, Olivier Rousteing began his career at Roberto Cavalli, where he went on to become head of women’s ready-to-wear. At 24 he was appointed creative director at Balmain, after just two years with the brand. Although age may just be a number, Rousteing has risen through the ranks quicker than most could ever imagine.

Not bad for the young black orphan adopted by white parents. An aspect of his life which sadly some people could not come to terms with. Rousteing discussed how the issue of race impacted his childhood and his early career in Vogue’s September issue, how he would face remarks like: “Oh, you’re a bastard, your parents are white and you’re black,” or “Your mum slept with a black man,” or “Your dad was with a black woman.” Thankfully, the love and support of his family helped him to overcome the bullying and go on with a successful career.

One of the key elements of Rousteing’s triumph at Balmain is social media. Championing Instagram ahead of the game and becoming the first creative director of a luxury label to launch their own personal account in 2012, he helped to firmly establish the historic French fashion house into the 21st century. He has recruited his very own #BalmainArmy through his collaborations—and numerous selfies—with the Kardashians, Victoria’s Secret models and many more A-list celebrities, earning the company a mainstream appeal beyond the Parisian fashion circles.

The sheer extent of this widespread popularity is showcased in Rousteing’s Balmain x H&M collection.  Released in stores last week, after months of hype, it caused what the Internet titled “Balmania.” Rousteing’s intricately embroidered dresses, tailored jackets and bold colours were suddenly available at high street prices. The perfect pieces for the party season, and quite unlike anything else out on the high street—the collection went down in a storm, selling out worldwide within hours.

It’s hard to predict what will be next for Rousteing. After inequitable success at Balmain, will he gain a Lagerfeld-esque status with the brand and become a fashion legend? Perhaps he’ll go on to head is own fashion line? Or maybe take the new seat available at Dior? Whatever he chooses, I’m sure it will send shockwaves around the fashion world.