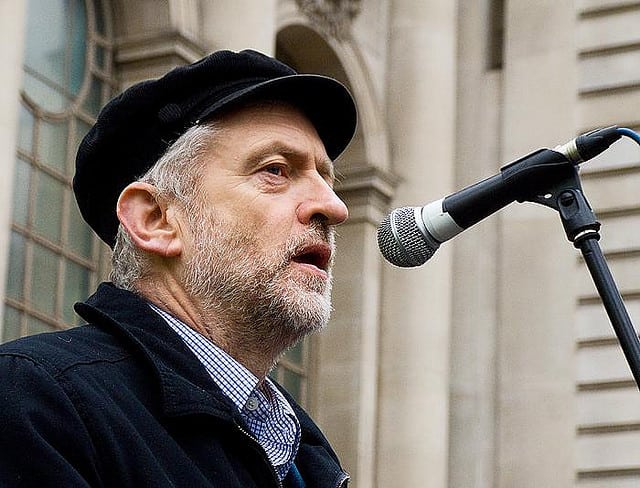 According to Sarah Gordon and George Parker of the Financial Times, “Jeremy Corbyn has refused an invitation to speak at the CBI’s annual conference, snubbing the leading business lobby organisation as it tries to build bridges with the opposition leadership.”

In addition to this, the director of the Confederation of British Industry claims, “there has been no contact between the CBI and either Mr Corbyn or the new shadow chancellor, John McDonnell, since they took on their roles in September.”

As a Labour supporter, I am very discouraged by the decisions the new Leader of the Opposition has made. If Jeremy Corbyn wants to have a serious chance of becoming Prime Minister, he must win over a large proportion of the electorate, most of whom were not inclined to vote for Ed Miliband in the last election.

The right wing press slated Ed Miliband throughout his election campaign for being “anti-business.” Does not one of Corbyn’s advisors, therefore, think that refusing to speak to the CBI, with over 100 leaders of UK business present, was a huge strategic error?

All Labour supporters, whether on the left or the right of the party, should be calling on their leader to end his petulant, symbolic behaviour. Refusing to speak on the Andrew Marr show to attend a fundraising event in his constituency is another key illustration that Corbyn has not adapted to his new role as the leader of the party.

Attending every 30-people-strong cake sale in your constituency is all well and good when you are on the backbenches, but when you are the Leader of the Opposition you must prove to the wider electorate that you are capable of being the Prime Minister. There aren’t many better platforms in which to do this than the Andrew Marr show and at the CBI.

Declining to appear on probably the most respected political chat show in the country or speak to the country’s business leaders may merit a momentary round of applause from the more hard-core Corybnites, but what does it say to the rest of the country? The British electorate want a Prime Minister that can responsibly handle the economy and defend his policies under intense scrutiny, not one that sticks to his principles no matter what.

Each one of these strategic errors produces untold scrutiny from the right-wing press. The most recent example of this was the matter of bowing at the Remembrance Day ceremony. This should not be a contestable issue, or an opportunity for Corbyn to display a noble moral act. If it means not adding fuel to the Daily Mail fire, above which Jez is constantly dangling, then surely it is worth avoiding the controversy and just bowing low enough to satisfy even Britain First.

While on the topic of the right-wing media blowing things far out of proportion, it is worth noting what little fuss was made over Downing Street Photoshopping a poppy on the David Cameron’s Facebook photo. If that were Jeremy Corbyn, we wouldn’t have stopped hearing about it for months.

Let us not dwell on this—the fact of the matter is that any mistake Corbyn makes between now and 2020, if he lasts that long, will be morphed, amplified and magnified. Surely, then, it would be wise to simply minimise these events.

Some will argue that there are not many valuable lessons to be learned from Tony Blair’s time as Prime Minister, but something that is plain to see is that he was a master of campaigning. He wooed Rupert Murdoch and held fancy cocktail parties with the country’s business elite and, for this, outraged the left of the Labour Party. But in the light of his more admirable achievements, such as the drop of relative child poverty rates from 27 per cent in 1996 to 18 per cent in 2010, doesn’t the fact that he didn’t adopt an adversary stance to the media and business elite seem petty?

If Corbyn’s Labour is to even put up a fight in 2020, he is going to have to come to terms with the fact that he is no longer a member of just the intelligentsia or the backbenches. He must dilute his principles, adopt some Blairite pragmatism, and try to win over Middle England.