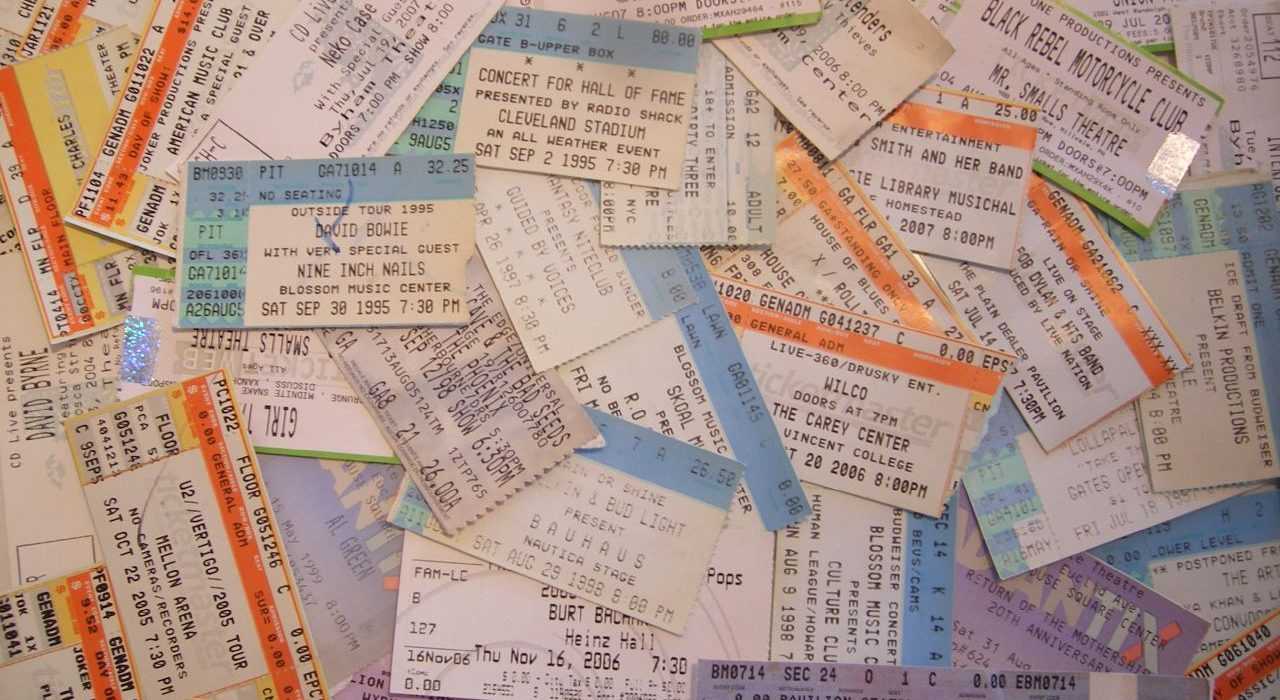 Earlier this month, thousands of fans attempted to get hold of tickets to The Stone Roses’ 2016 reunion tour after intense hype over recent weeks. Websites crashed within minutes of tickets going on sale, and many fans were left empty-handed and frustrated.

The disappointment of missing out on tickets would have perhaps been reduced if they weren’t appearing on resale websites within minutes of selling out. This situation is all too common with those who look to buy tickets for many major events, not just concerts. I’m sure many people will have been waiting in virtual queues, desperately refreshing webpages only to find that tickets have sold out, being directed to partner websites advertising inflated tickets.

Standing tickets for The Stone Roses were sold at £64.90 with a booking fee of £5.90 per ticket. After selling out, over 3,000 tickets have been listed on GetMeIn.com alone, just days after selling out—all well above the face value. An identical situation can be seen on other websites. Tickets started from £90 for the same standing ticket, with some rising above £1,000. Add to this the further charges on top of resold tickets by authorised agencies that regulate their sale—most websites charge a booking fee of 10 – 15 per cent of the resale price, along with handling fees and delivery charges.

Ticket touts used to only occur outside venues with a small number of tickets, buying spare tickets and selling them at inflated prices or counterfeits. UK law now prevents the resale of tickets on the streets unless touts have a street-trading licence—though this is rarely enforced. The growth of official online ticket resale agencies such as StubHub and Viagogo have meant that much of the activity is now online. The regulation of the resale of tickets online has only shifted the problem. While it prevents tickets from being fake, it doesn’t stop people making vast profits from the resale of tickets.

Touts are still hoarding tickets to resell with added cost.

The unauthorised resale of football tickets is illegal in the UK, whether online or on the streets. This has meant that agencies have partnered with football clubs to become authorised sellers, bypassing the law. Currently, Viagogo has partnerships with Chelsea and PSG, while StubHub has linked with clubs like Tottenham Hotspur and Everton. Arsenal and Liverpool meanwhile have their own ticket exchanges in place.

An argument is that touts utilise a scarcity in tickets to add a premium to the price of a ticket. More often than not, this could not be further from the truth. The touts add to the shortage of tickets and the scarcity is somewhat artificial. Add to this, the fact that touts can sometimes have access to tickets before going on sale. The fabricated shortage increases the price of tickets while demand remains stable.

The resale of tickets becomes an oligopoly, with a small number of sellers having vast amounts of tickets. This prices many fans out of the market, meaning only an elite band of consumers can afford these tickets. The original sale of tickets could be described as a monopoly, though some degree of regulation and justification for this exists. The price is rationalised by a reasonable cost of the services of the performer, the venue and the management.

Some argue that ticket touting is legitimate capitalism—buying and selling a commodity for profit. Ticket touts do not provide a service that does not already exist with the primary ticket seller. Online purchase and distribution is already available, and online resale by a tout hasn’t added any convenience that warrants an increased price. The primary seller already adds on booking fees and delivery charges that already increase the price of a ticket from the face value. The buyer is getting the same ticket with the same experience from the event which invalidates any such price increase from touts. A more valid argument would be if the secondary seller was adding a convenience to warrant an added premium. Why should I reward someone tens or hundreds of pounds for cheating me out of a product? It would be interesting to hear of anyone who avoids buying initial tickets to dodge virtual queues and instead chooses to pay a premium from ticket touts for securing a ticket for them.

A fact often highlighted is the risk involved with touting—the danger of losing money on unsold tickets justify the value added by touts. This assumes that with every risk, a degree of benefit should come with it. Through the same logic, artists and venues should add a premium for the risk of unsold tickets (though this is often accounted for). Again, the touts are not providing the customer with any benefit by reselling tickets that could have been bought from the primary seller and the risk involved should not allow fans to be exploited.

Some events are now requiring the ticket holder to carry ID that matches the name on the ticket. This will prevent genuine ticket holders who can no longer attend the event from reselling their tickets even for face value or less. This can also leave events under capacity if large amounts of tickets have been bought by touts. A similar situation was seen at the 2012 Olympics where many events were under capacity—though this was largely as a result of unused tickets from sponsors. Foreign ticket agencies also marketed tickets at inflated prices which also added to the problem.

Ticket touts make tickets available closer to an event, but why should these fans have their access to such tickets for an increased price prioritised over fans who planned ahead and tried to buy tickets originally?

Ticket touting is hurting the entertainment industry, and the resale of tickets with inflated prices needs to be prevented at all costs. It limits both the ability of an artist to ensure fair prices for fans and the chance for genuine fans to get hold of tickets. I encourage all fans to use apps such as Twickets and Vibe to get tickets for face value—though these companies still charge commission—and not allow touts to exploit the system for profit.