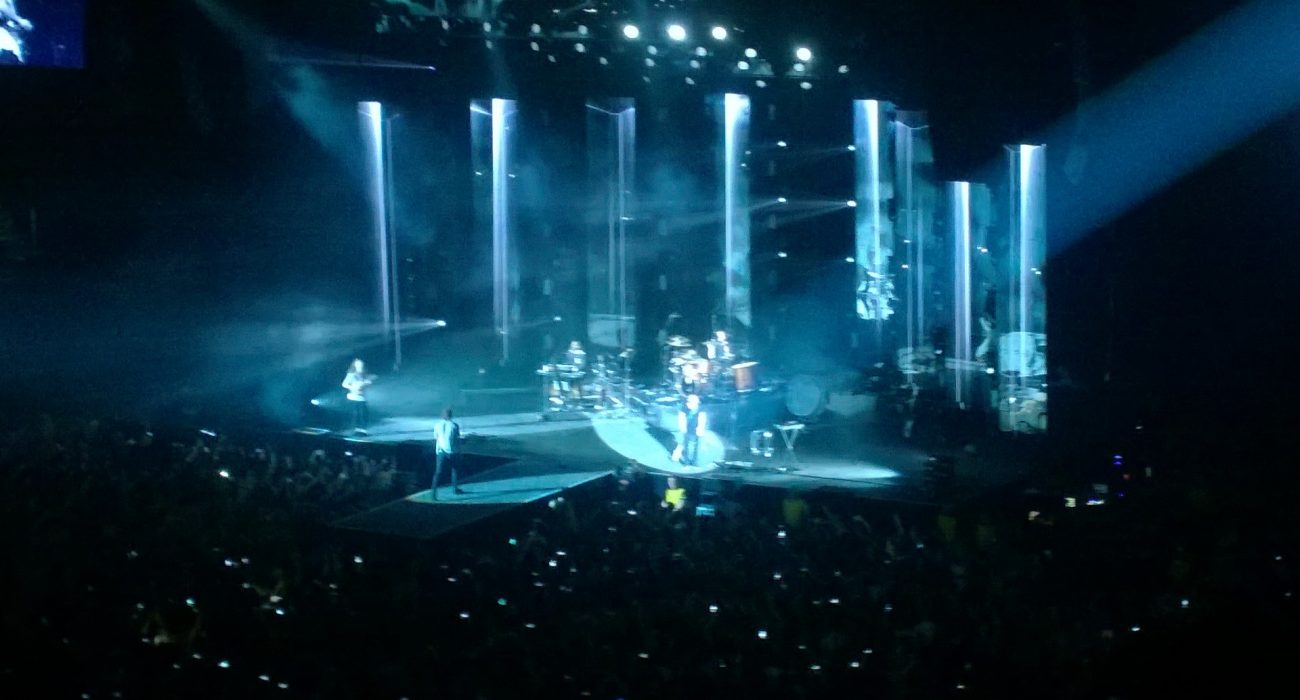 With a phenomenal set and perfectly-timed lighting, Imagine Dragons managed to encapsulate the rawness and feeling they put across on record. Dan Reynolds (the lead singer) was an active firecracker and upheld a fantastic standard of vocals throughout the entire show. This was no ‘voice with a backing band’, however, what really managed to capture our heart was how much their friendship shined through their tight performance. Instrumental had just as much prominence as the vocals, with guitarist Wayne ‘Wing’ Sermon taking the spotlight for thrilling solos.

‘I’m So Sorry’ brought a huge sense of euphoria to the entire stadium because of the entrancing buzz between Imagine Dragons and their fans. The audience was a team; Imagine Dragons were performing with us, not to us. From the moment the show opened with ‘Shots’, to the final track ‘Geronimo’, the standard never dropped. In fact, every time it seemed like things couldn’t get any better, they surpassed themselves with the next song. This wasn’t just because of a torrent of hits. Indeed, the band united over simultaneous drumming to build up the suspense for the next song drop, and kept the audience guessing with other unexpected transitions.

Despite proving a theatrical tour de-force, Imagine Dragons showed their down-to-earth personalities and opinion. Not only did they perform a track to raise money for the Syrian refugees, but also were truly grateful for where they have reached today. They gave thanks to the fans, as you would expect, but there was a sense of reality behind their grateful words.