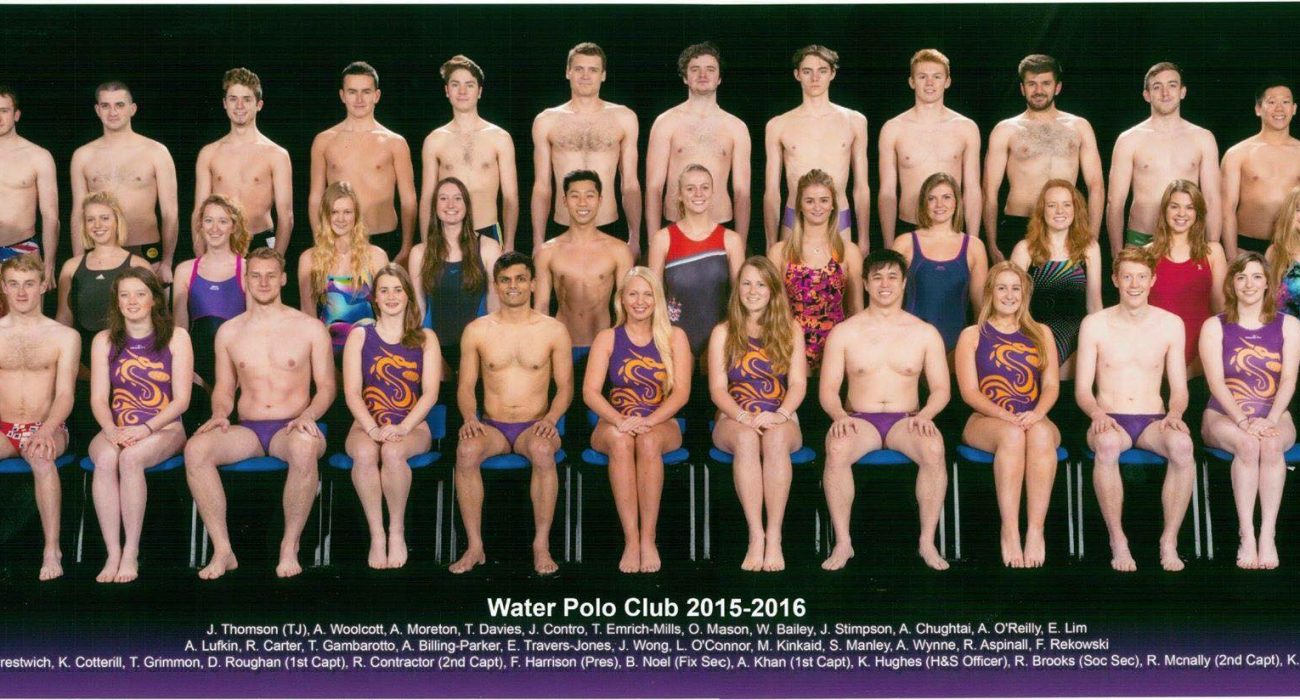 The University Water Polo Club is a great way to get involved in a sport that is different to any other! Water polo is a team sport played in a 25-metre pool with a goal at either end. Each team has six outfield players in the pool and one goalie. Matches are four quarters of eight minutes, and the winning team is that which has scored the most goals.

Both the university’s men’s and women’s first teams have had strong starts to their respective seasons. The women went five games unbeaten and are now at the top of their league! They are hoping to be promoted this season. Kathryn ‘Speedy’ Fowler has taken over the coaching position of the women’s teams, and has helped old and new players alike to improve their skills and fitness. The team is very grateful to have such a strong player and coach backing them for success this year.

Men’s first team captain, Andrew Khan, believes he has a strong team this year, with a few new faces. They have won all of their matches this year, bar two, by at least ten goals, and are confident that they can continue at this standard for the rest of the season. They are also hoping for a promotion this year.

Neither the men nor the women’s second teams have had any matches yet this season, because they have been rescheduled for February. Nonetheless, Rachel McNally, the women’s second team captain, has praised her team’s attendance and hard work in training. The majority of second team players have never played any water polo before September, but they have been dedicated to the sport over the last few weeks and are prepared to go out and smash their first matches in February.

Raj Contractor, men’s second team captain, is equally impressed with his team’s attitude towards the game. Raj has organised an extra swim session for players who feel as though they need to improve their fitness in the pool. He mentions Joe Stickley and Dimitrios Asvestas in particular as standout players, for their hard work and good attendance for the team. Raj is also confident that his team can excel in their league come February.

Flora Harrison, the president of the club, has ensured that the club take part in the Manchester Homeless Shoebox Appeal. This is the first year that the club has partaken in this particular charity event, and thus far thirty boxes have already been collected! That number is expected to be doubled by the end of this week, and will make a great difference as it continues. This is a wonderful opportunity to help those less fortunate around Manchester.

Even at this early point, it is evident that this will be a successful season for the Water Polo Society. President Flora Harrison has said, “The club is doing so well this year. There is a real sense of unity among our members, which is reflecting in our success in the pool, and in our club development. As club president, I couldn’t be happier or more excited!” With so much still to come this season, including Sporticipate sessions starting next semester, we can’t wait to see how the club progresses this year. The Sporticipate sessions could act as a great platform to improve players, whilst playing at a more relaxed level and growing to love the sport!