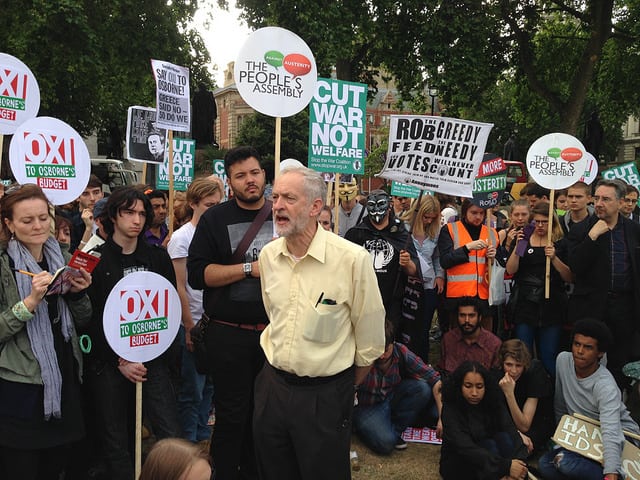 Back when most current students were just getting out of nappies, New Labour was emerging from a staggering victory at the 1997 general election. They had won it with a mix of sound political promises and very smooth and co-ordinated media coverage. It was the time of ‘cool Britannia’, and when the Labour party seemed unstoppable. For the whole of Blair’s first government, he managed to completely eclipse the then Leader of the Opposition, William Hague.

Well, how the mighty have indeed fallen. The party has had something of a Bolshevik revolution with the established Blairite royalty being taken down into a cellar and shot by the Corbynite communists. The likes of Liz Kendal, Yvette Cooper, Chuka Ummuna, and Tristram Hunt have fallen, and with them, Labour’s electability.

Let us first deal with the Shadow International Development Secretary Diane Abbott. Rightly sacked by Ed Miliband, this woman—whose behaviour was described by another shadow minister as “fucking nutty”—has returned. She appears to be the person Labour want to throw under the bus for terrible interviews. If she isn’t insanely cackling through tricky questions, she is defending the indefensible.

Recently this took the form of her claiming on The Daily Politics that John McDonnell, the Shadow Chancellor, had not signed a certain petition calling for MI5 to be abolished. A point she chose to defend even when the host pulled up a picture of Mr McDonnell holding said petition. Not much can be said of her taste in men either, when past partners include the chief comrade himself.

Now we come to John McDonnell. He is a man about as qualified to be Shadow Chancellor as a sheep that has somehow come to be in possession of an abacus. As mentioned above, he has previously chosen to back the disbanding of MI5 and Britain’s armed police forces, probably so that his friends in the IRA have an easier time. He is known to have supported anti-British terrorists to the extent that he said dead IRA terrorists should be honoured. These being the same people that bombed the Arndale centre back in the 90s. Furthermore, his economic policy is about as coherent as a Glaswegian after a hard night out in Motherwell. He plans to increase the deficit, print more money and in the process, raise your taxes! How would you like to surrender 50, 60, or 70 per cent of your hard earned pounds to a man who would waste it on such anachronistic vanity projects as reopening the coal mines and subsidising unprofitable industries?

Now we come to the main man, the first among equals, Jezza Corbyn. Now, as students of the University of Manchester, we have all had to achieve a certain academic standard to attend this fine institution. Mr Corbyn however only managed two Es at A-level before going on to do Trade Union Studies, which he did not even complete, at North London Polytechnic. I don’t know about you but I want my leader to be, you know, actually clever.

His frankly dismal Commons performance has shown that he about as capable a debater as an unusually timid dormouse. Then there’s his dubious past. Following the Brighton IRA bombing, he invited the leaders of Sinn Féin to parliament. He has called Hamas and Hezbollah his friends and encouraged Iraqi resistance to the 2003 invasion, which is tantamount to an endorsement of the killing of British troops. He is also a member of the pressure group Stop the War which recently blamed the Paris attacks on the West, saying that it is our fault a bunch of nutty murderers chose to slaughter innocent people.

Then of course there are the other failings of his party. One of the most glaring is his Shadow Minister for the City of London, Richard Burgon MP. He has never even had a meeting with city bosses. Instead, he chooses to go to a friends of Venezuela meeting and other assorted socialist events, showing the party’s lack of respect for an important part of this country’s economy.

We also must not neglect politics north of the wall, where Labour is declining under his leadership in Scotland as he lets the Scottish cohort become more and more SNP-lite. This has understandably frightened the unionists amongst Scottish Labour’s voters who appear to be deserting to the Tories in numbers that could see Labour pushed into a narrow third place.

However, there is one thing I can not fault Mr Corbyn on and that is his remembrance day performance. He behaved above and beyond the call of duty. I say shame on Mr Cameron for not following suit. Corbyn chose to stay behind to applaud and chat to the veterans as they marched on Horse Guards. The names of my village war dead are ingrained on my memory. I would personally love the chance to meet some of the veterans and hear their stories. They have lived history and like many in my family, have seen things many of us couldn’t even imagine in service of their country.

I will leave you with this one thought readers. The Labour Party has never in its history deposed a leader because he is unpopular. They kept Michael Foot, Neil Kinnock and Ed Miliband until they had lost the next election. So, for all of Corbyn’s trials and tribulations, he is likely to hold on until 2020 and then we will see what the British people truly make of him. Does anyone else smell toast?