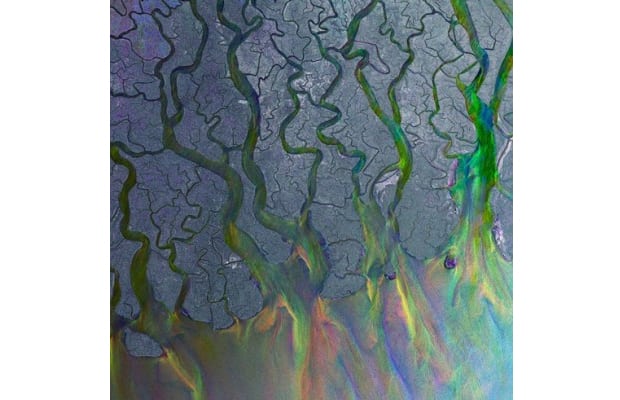 “Manchester has always sort of been a home away from home for us, so it’s always a gig we look forward to massively,” enthuses Alt-J’s Gus Unger-Hamilton on a bleary Friday morning just prior to the start of their UK tour. “It was a city we used to go to play a lot. When we were all students living in Leeds, we’d go on the train to Manchester and always got a good reception. We’ve also built up a really good relationship with [promoters] Now Wave.”

Fond memories of the North aside, the elephant in the room when it comes to Alt-J is the level of success they have achieved in such a short space of time. Perhaps unsurprisingly, the scale of their live shows has grown at equal rate, with the band having sold out the 20,000 capacity O2 arena in London and headlined Latitude festival this year.

Gus dismisses any accusations that this ascension might have been too fast: “We haven’t skipped any of the stages in our gig-playing career, but we have been lucky enough to move up through the levels quite rapidly. We don’t take anything for granted, but we feel that we have proceeded through all the right levels to get here.” As to whether the band is still daunted by playing live: “We get nervous of course!”

The band released their second album This Is All Yours last year. After the huge commercial and critical success of Mercury Award winning debut album An Awesome Wave, it is surprising to hear that the pressure of their sophomore album didn’t daunt the band. “We realised that we had a nice big fan base, who were very open to the fact that we are a bit weird, so in that sense we weren’t too worried about the reception to the second album. We knew our second album was good, so we had a quiet confidence about it.”

While clearly more understated than their first album, it’s clear the band’s songwriting ability has improved. “Songwriting used to take a long time. In the first few years it would take us months and months to finish a song, because we were still trying to find our feet while being perfectionists. I feel on the second album we were much more slick on knowing where we wanted to get with a song, and how to get there without too much messing about. We’re still perfectionists, but we’ve got better at knowing what sort of sounds we’re capable of making, and what sort of sound would suit a particular song.”

No more apparent is this ability than on ‘Warm Foothills’, in which three vocal tracks are beautifully chopped up into one smooth composition. “Joe came up with the idea of getting guest vocalists to sing a different word each, and then chop it up like that. He got it from a BBC television program, where they got different presenters to all sing ‘Perfect Day’. The track turned out to be really cool.”

Part of Alt-J’s charm is the many levels that build throughout their music while retaining an overwhelming element of subtlety. Translating this to a live setting was no mean feat. “We spent about a month last summer after we’d finished the album and it was all done, figuring out how to take the songs live. In some ways it was a bit of a grind! But in the end it was worth putting in that time, to be able to make it sound as good as possible on stage.”

A historical ambition for many British bands, Alt-J have built a large following stateside. “We’ve been lucky enough to achieve that, so it does still feel big news to us. Although I suppose in maybe 15 or 20 years time bands will be trying to crack China, who knows,” acknowledges Gus humbly. Despite this success, “the studio is still mainly what we love, and we see our albums as the things we’re proudest of. We’d prefer to be remembered for our studio albums over a big show, I dunno… some gig at Knebworth or something! Oops, I forgot this was for The Mancunion!”

Tags: Alt-J, An Awesome Wave, Gus, this is all yours