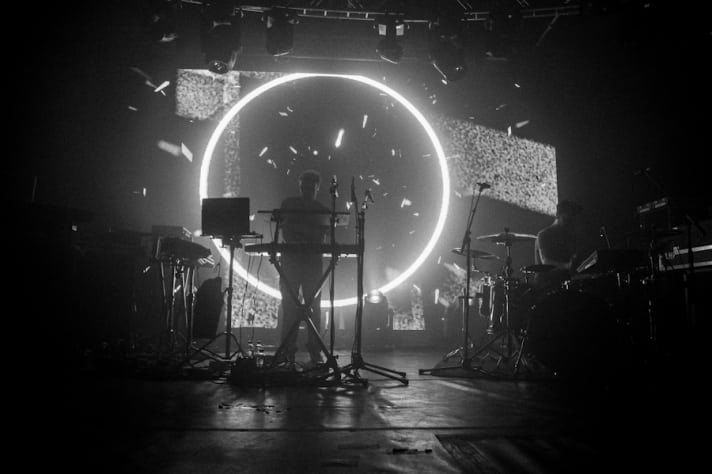 Not content with just showcasing modern titans of dance music, Warehouse Project gives a nod to British house and electronica’s formative years in the form of Leftfield, following the release of their first album in sixteen years, Alternative Light Source. The 90’s pioneers summoned a swathe of veteran ravers out from the woodwork: a little worn out and certainly older, but visibly ready to have a great time. The sheer number of survivors from the first time round had the side effect of rendering many of Warehouse Project’s usual trendy young things in the vast minority, leaving them looking a little lost for themselves.

With Leftfield’s cult following and critical success in the 90s, they certainly did not shy away from hammering out the greatest hits in favour of new material, although highlights of their 2015 outing got a see-in too: the classic ‘Phat Planet’ contrasted with the fantastically shrill ‘Shaker Obsession’. The incessant churning of hits, one after the other, felt a little like a greatest hits compilation. In particular, the songs seemed remarkably close to the studio version, and none seemed to fade into one another, killing off any accumulated excitement between songs. The show was left feeling insincere, sadly short of the magic that such an act could have brought to the room.

The house anthems were interspersed with heavy reggae breakdowns; instead of jarring the vibe in the room, the change of pace transformed the atmosphere, making the warehouse sway loosely in unison before the heavy assault returned. Alongside the underwhelming audio experience, the visual aspect left much to be desired. The graphics playing alongside the performance seemed to match up so perfectly with the stop-and-start sound, giving the impression that this is the sort of show Leftfield put on each time, and erasing any feeling of spontaneity from the act.

Overall, the performance let Leftfield’s reputation precede them, feeling like only just enough effort was put in to get by: all bark, little bite.