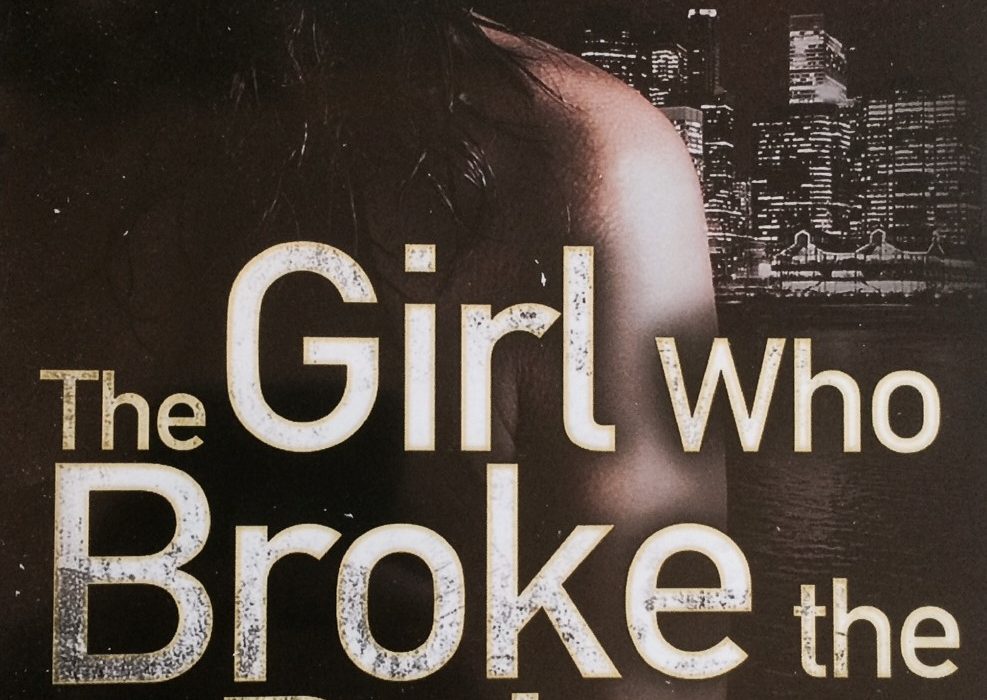 Review: The Girl Who Broke The Rules

If you, like me, spend a large majority of your time watching crime dramas on television, then this is definitely a book for you. I was unsure when I first read the premise—I may have clocked up many hours watching stories like this one acted out, but I’ve never read a crime novel before. I was pleased to discover that I enjoy this genre just as much on paper.

It’s a classic modern crime storyline; the two main characters are a hardy Scandinavian policeman, van den Bergen, and a beautiful young Ph.D. student, George. These characters are dynamic and likable, but they also feel familiar. This makes the book feel a bit formulaic. There’s even a successful doctor-turned-murderer who resides in a mental hospital, flirting with George, the heroine, holding back important clues and generally being very creepy. At one point a suspect is accused of being a Satanist, when suspicious books on the devil and witchcraft are found in his room. At times clichés like this can feel unnecessary, however this isn’t to say that it isn’t enjoyable. Some of them provide a bit of comedy. “Uncle Giuseppe” (real name Derek, who runs the strip club where George works as a cleaner) has a run-in with some real life Mafia. Characters like these pop up so often because they make stories exciting, and it’s not less enjoyable because of this. If you are familiar with the framework, it is actually very satisfying spotting key sentences and sorting the clues from the red herrings. There is something very comforting about solving part of the mystery before the fictional police, although I doubt I would be able to do the same in real life.

The supporting cast of characters are more varied and fun, my favourites being George’s Auntie Sharon, and Derek (as well as running the club, he is also Sharon’s ex). I would have loved to hear more about the story of their relationship. Van den Bergen’s inferiors are depicted like his three rather difficult children. They convince each other to break the rules, then predictably scurry home to tell on each other. A small piece of advice—this isn’t a book to read while you’re eating. There is a small amount of gore, but it’s only surgical. However there is frequent mentions of stomach problems, and quite a lot of vomiting.

You have to concentrate as you start the book as there’s quite a few characters, and the timeline jumps around. Once you are used to it however, the storyline is engaging and easy to follow. The chapters flow into each other, often the first sentence of one harks back to the last of the one before. One of the storylines I enjoyed in particular was the description of a girl living with her very rich but uncaring father and her abusive mother. It contrasts against the rest of the present day action, and makes you keen to find out how she fits into the case.

Amsterdam is one of the main locations, but if you’re hoping for descriptions of beautiful canals and ancient houses, you might be disappointed. As a whole city it doesn’t feature widely. The action mostly takes place in the police station and the red light district. However, this isn’t surprising; George’s area of study is the porn industry. Using the same locations makes the action easier to follow. The subject of refugees is featured, touching on the lengths people have to go to escape horrible situations they find themselves in. Especially topical and relevant at the moment, Riches does a good job of showing how vulnerable people can be after arriving in a country they may not know anything about.

The characters of George and van den Bergen are, despite their familiarity, very sympathetic. They are two people just trying to work out what their relationship is, while at the same time doing their jobs, studying and keeping their families at bay. Van den Bergen is constantly haunted by the memory of his dying father, and George is just recovering from an ordeal she encountered last time she visited Amsterdam. Their genuine care for each other is very touching. Some might find their tiptoeing around and not actually doing much about how they feel about each other frustrating. Nothing much seems to happen, despite them seemingly being in love with each other. The ending is a little too open for my liking. It isn’t happy, which is the right choice, but you are left with quite a few questions as the story closes.

All in all, a thoroughly enjoyable puzzle, with all the hallmarks of a good crime novel, as well as being genuinely thought-provoking. By the end of the book, the varied timeline, and all the entwined characters start to make sense. It turns out that person really knows that person, and was having a relationship with that person, and different characters appear in the background of other perspectives. Like Love Actually, but with murder. And prostitutes.