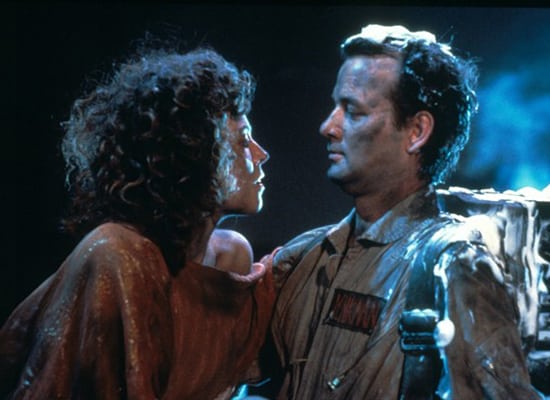 Perhaps the most sinister film on the list, cult classic Heathers is a darkly funny and twisted satire, deconstructing the high school hierarchy in a way that can only be described as ‘Mean Girls meeting Natural Born Killers’. Starring a fresh-faced Christian Slater and Winona Ryder, Heathers definitely makes for some slightly off-kilter Valentine’s Day viewing if the usual boy-meets-girl formula doesn’t take your fancy.

There’s no doubt that Labyrinth features some of the cheesiest (or creepiest) puppet characters ever onscreen. Complete with musical numbers from David Bowie himself, this film is not only the pinnacle of his acting career, but also one of the most iconic fantasy films of the 80s—loved and renowned by viewers of all ages.

Ferris Bueller’s Day Off was one of several great films by John Hughes that captured the sense of apathy and anti-authoritarianism shared by teenagers everywhere—in the most light-hearted and endearing way possible. Ferris Bueller’s narration, coupled with a suitably cheesy soundtrack, ensured that the film became as genre-defining as its titular character—whose plethora of cheesy quips and one-liners made him one of the most loveable characters in 80s cinema.

When discussing cheesy 80s films, who could forget about everyone’s favourite paranormal pest controllers? Ghostbusters is a truly great example of the perfect blockbuster, thanks to the perfectly placed jokes and unmistakably excellent onscreen chemistry between Bill Murray, Sigourney Weaver and others, too. Ambitious in its special effects and witty screenplay, Ghostbusters is endlessly entertaining and boasts one of the catchiest taglines in modern cinema. So, who you gonna call this Valentine’s Day?

The Breakfast Club clinches the top spot due to its ability to pull off cheesiness juxtaposed with genuinely poignant themes. Easily John Hughes’ most famous work, the film ultimately spearheaded the teen film genre with its deceptively cynical examination of the social dynamics of high school. The film also contains its fair share of fun with dance sequences, an unforgettably 80s soundtrack and, of course, its timelessly quotable dialogue.