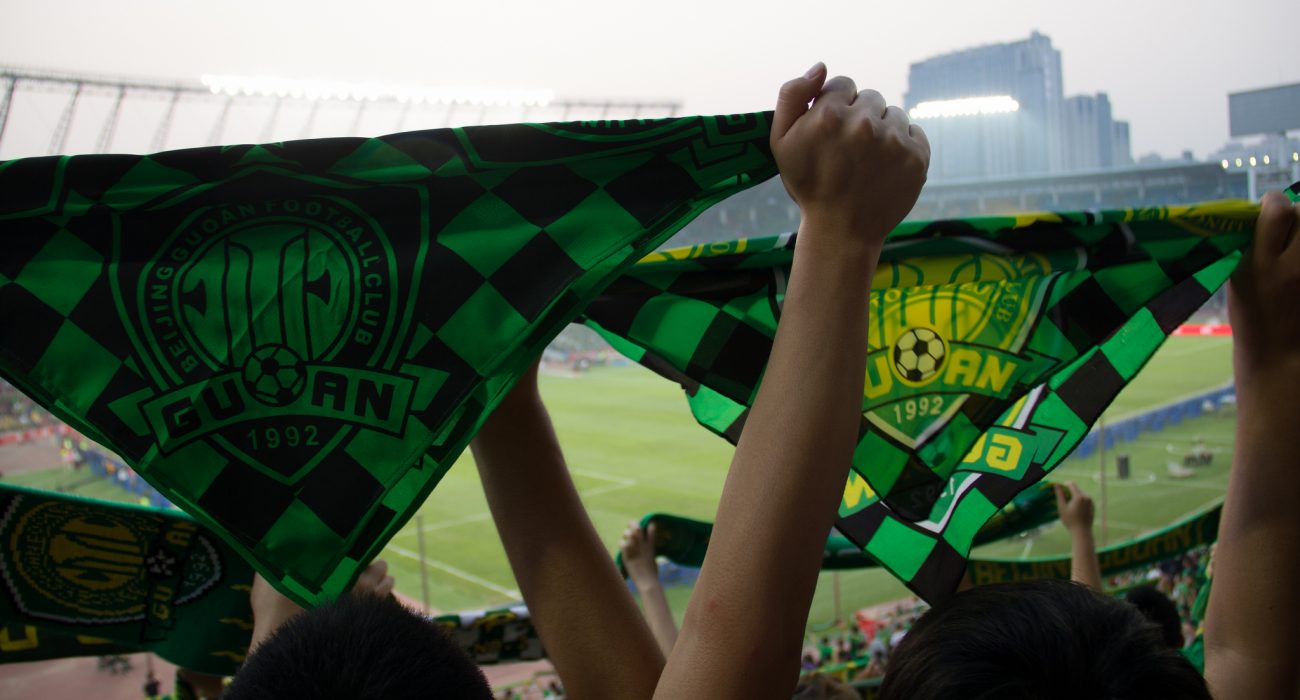 Although the January transfer window often fails to live up to the expectations set by its older brother during the summer, only time will tell whether or not the winter window of 2016 is looked upon as a game changer in World Football. As beneath  the surface, through the deadline day mist of breaking news banners focusing on Pep Guardiola and the counting down of the hours until Jim White’s iconic gold tie made its first appearance, something both unique and significant was beginning to pick up pace in Chinese domestic football. A country and football league often considered in the same breath as the MLS or Indian Super League perhaps as an ideal destination for players to end their footballing career, was now gradually beginning to assert their authority and financial muscle in World Football. And all of a sudden, the Chinese Super League has the potential to become a real force to be reckoned in World Football.

To the everyday football fan, it was perhaps Jiangsu Suning’s recent acquisition of former Chelsea midfielder and Brazilian international Ramires which made fans across the continent take note of the increasing role China is beginning to play in modern day football. In a deal reported to eventually total £25M with an initial fee of £20M, a player clearly capable of playing for a number of sides competing at the highest level in the Premier League and major European competitions swapped the blue of South West London for the blue of Jiangsu Suning, managed also by former blue and Chelsea icon Dan Petrescu.

So as the dust settled and the new Chinese Super League record signing joined up with his new teammates and an ever-increasing number of stars now based in China, I struggle to think whether Mystic Meg would have even been able to predict the Chinese Super League’s next move. After being linked with a move to the Premier League during the latter stages of the 2014/15 season, the prolific Colombian and FC Porto forward Jackson Martinez reportedly turned down a whole host of offers throughout Europe to join 2013/14 La Liga winners Atlético Madrid, helping fill the attacking void left by the outgoing Arda Turan and Mario Mandžukić to FC Barcelona and Juventus respectively. And with an impressive goal-scoring record at both FC Porto and for his native Colombia, the €35M release clause paid by Diego Simeone’s Atlético looked like a shrewd business and money well spent.

His transition however from the Portuguese Primeira Liga to the Spanish La Liga certainly did not go to plan and after only netting twice in fifteen games (largely down to the impressive goal-scoring record of the prolific Frenchman Antoine Griezmann) it looked as if Atlético were prepared to cut their losses on Martinez, reportedly offering him in a swap deal with Chelsea for former forward Diego Costa on deadline day. Yet somewhat out of the blue as the European transfer deadline had passed, the Chinese Super League with a keen eye on improving the wealth of quality running throughout the competition made their next move. This time however it was to be 2015 Super League winners Guangzhou Evergrande managed by 2002 FIFA World Cup winner Luiz Felipe Scolari who capitalised on the players unrest and clubs willingness to recuperate the money spent on the forward. A matter of days later, it was confirmed that Jackson Martinez had joined the recent FIFA Club World Cup runners up to FC Barcelona Guangzhou Evergrande, in a record-breaking deal for the Chinese Super League valued at €42M.

And just as you thought lavish investment from sides in China would stop there, to the surprise of football fans across Europe especially those of Liverpool, Chelsea and Shakthar Donetsk, Jiangsu Suning flexed their financial prowess once again. After a protracted transfer saga dating back to the early stages of the 2015/16 season, the highly rated Brazilian playmaker Alex Teixeira looked set to join Liverpool in the winter transfer window only for the deal to breakdown in the final week of January. Prior to that earlier on in the season, Alex Teixeira had spoken publically of his desire to move away from the Ukraine to apply his trade elsewhere with Chelsea repeatedly signalled as the most likely destination. Although his previous employers Shakthar Donetsk suggested it was highly unlikely for the Brazilian to be sold this transfer window, it does seem once again that money does talk and quickly Ramires’ transfer record was exceeded by Jackson Martinez. Alex Teixeira’s €50M move now tops the Chinese Super League transfer charts.

These three transfers in particular perhaps stand out poignantly as a true indication of the direction that Chinese Football is heading towards but it would be unfair to dismiss the current wealth of talent across the board in the top tier of Chinese Football. At present former Premier League stars Gervinho, Demba Ba, Tim Cahill and Manchester City’s £19M club record signing back in 2007 Jô, are all competing in the Chinese Super League and given the recent wholesale investment on players based largely in Europe, South America and Africa, I would expect to see far more players not just simply at the end of their career but also at the peak of their powers heading to China to apply their trade. And although the influx of household footballing names is widely recognised as a recent trend in the spending of Chinese clubs, it must not be forgotten that the likes of Didier Drogba and Nicolas Anelka moved directly from Chelsea to Shanghai Shenhua in 2012. Therefore although the Chinese Super League is now publically and forcefully beginning to a statement to its competitors in World Football, it does seem to have been the long-term aim of league to recruit the biggest names in the sport. And with recent rumours linking the likes of Dmitri Payet, Dani Alves and Yaya Touré with mega money summer moves to China with David Moyes even stating that he himself rejected a managerial offer from China recently, we could perhaps be already looking at the next big football powerhouse for many years to come.

But should leagues like the Indian Super League and the MLS begin to worry, given they are known universally for attracting marquee signings often at the end of their career? Furthermore is this way forward sustainable and consequently, what does the future hold for Chinese Football? Only time will tell how the league continues to evolve but as a sport itself, football appears to never have been more popular. The 2014 World Cup Final attracted 87 million Chinese television viewers and the average viewing figure of the 64 tournament matches broadcast live on television was an impressive 21.57 million. Additionally a Forbes report in November 2014 also stated that China Media Capital (CMC), a state-backed investment firm chaired by media mogul Li Ruigang, had purchased the rights for the broadcast of the Chinese Super League for the next five years in a deal valued at around $1.3 billion. And of course not to forget the state visit of Chinese president Xi Jinping and ‘that selfie’ with David Cameron and Sergio Aguero during a tour around the City Football Academy in October 2015, a visit which soon led to the $400m (£265m) investment from Chinese consortium CMC, securing a 13% stake of the City Football Group associated with Manchester City FC, valuing it at $3bn.

All things considered, the future clearly looks promising for Chinese football. Despite the many raised eyebrows from pundits across World Football and widespread questioning over whether recent acquisitions are in fact lured by the excessive sums of money spent instead of a genuine interest to develop as a player, the arrival of the likes of Jackson Martinez and Alex Teixeira can only be a good thing for both Chinese and World football as a whole. What these moves will mean for the international careers of players choosing to play in China will only become clear in time but as we clamour over the latest news in European Football, China has clearly done its homework and I really don’t think it will be long until it eventually reaches the top of the class.