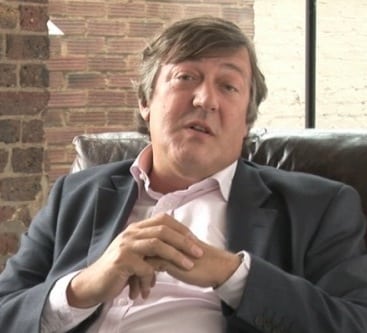 Whilst I don’t find Stephen Fry the easiest character to like, his latest departure from Twitter following criticism and backlash over comments made at this year’s BAFTA awards raises ever more potent questions about the nature of our society, the ongoing issue of the right to offend, and the role of social media in overseeing this.
Fry is notorious for leaving Twitter, having done it twice from 2014 to 2015 and threatening to quit in 2009. It is true, therefore, that he is no stranger to public controversy, and even following his latest leave-taking from the social networking site, he says he hasn’t “slammed the door” on his Twitter presence. His reasons for quitting the site this time were that Twitter had become “a stalking ground for the sanctimoniously self-righteous” and that those who had condemned his “bag lady” comment at this year’s BAFTAs were “tragic people”.

As is the norm when he presents the BAFTAs, witty comments and jokes here and there are said without anyone batting an eyelid, and have become as customary as Ricky Gervais’s jibes whilst presenting the Golden Globes. Following the award for costume design given to Jenny Beavan, he commented: “Only one of the great cinematic costume designers would come to an awards ceremony dressed as a bag lady,” in his usual comedic manner. Of course it was only a matter of time before the Twitter police surfaced, throwing criticism his way over his joke about Beavan, which seems unjustified given that Beavan has said “Yes we are friends, and I am absolutely not upset,” in light of the furore. In fact, she actively discouraged discussion over the matter, saying: “I don’t want to talk any further because if I talk about it it will just create more fuss.”

These criticisms would be somewhat more justified if Fry had been intentionally spiteful or misogynistic. It is evident, however, that people jumped to conclusions over his comments and tried to defend Beavan needlessly. A culture has grown of late whereby it seems people lie in wait to be offended by something. This is not to say there aren’t certain figures who are offensive, such as Donald Trump whose remarks on Muslims and Mexicans come very close to the highly prejudiced and offensive. Fry, however, was hounded off Twitter for making a light-hearted remark about a friend. Whilst I don’t condone what he said, because I think it was unnecessary to comment on Beavan’s appearance, the comment did not warrant such a torrent of anger.

It says a lot about society at the moment that people were offended on behalf of someone else. The question of whether freedom of speech should include the right to offend is a current debate, however it seems there is a consensus, at least in my knowledge, that people are often too readily offended, which taps into the wider debate about censorship and safe spaces. The commotion around Fry’s comments, however, led me to consider the role of Twitter and social media in the debate about freedom to offend.

A recent investigation from Breitbart, reported in an article by Milo Yiannopoulos, hinted at the high number of ‘shadowbanning’ cases on Twitter recently which is apparently “real and happening everyday”. Shadowbanning does not outright ban users, but it makes their content invisible, in other words stopping them having an online presence on Twitter. Breitbart spoke exclusively to a source inside the company, who said that Twitter has a ‘whitelist’ and a ‘blacklist’ of users, with the latter being considered unfavoured accounts. Posts from these accounts are placed further down the search results, and eventually could disappear. This is usually used for accounts who spam, however it has been reported that it is being used against “tweets from populist conservatives, members of the alternative right, cultural libertarians, and other anti-PC dissidents [who] have disappeared from their timelines”, including those who promote non-PC views.

This report is of particular concern given the current climate of banning speakers, and even banning practices such as yoga (suspended at the University of Ottawa in Canada) from university campuses, and it points to an increasing concern about the power of companies like Twitter, using their influence to reach out into the political sphere. A network like Twitter should not be able to pick and choose who has more prominence on their site, given that users of Twitter have a wide reach now that the site has 232 million active monthly users, according to a report in Business Insider. This report is also troubling because of the new Twitter Trust and Safety Council, which has been criticised for including only left-leaning individuals, what Jon Gabriel calls “leftist anti-speech activists”.

Of course, Twitter should have regulations in place to protect members of the public from those inciting violence, and they should monitor accounts of suspected terrorism given that there is an increasing online community for members of extremist groups to coordinate. It should not, however, use its power to silence those with views it deems unfavourable. What has our society become if a social media site is using its platform for bias political purposes? Twitter is a great way of getting in touch with people, for both personal and professional reasons, and should not merely become a puppeteer for a political agenda, and as Yiannopoulos draws attention to, behind a “veneer of opposition to online abuse”.

Bringing this back to the Fry issue, it highlights that Twitter has become a stomping ground for political and politically correct means, and this has extended beyond just its users to the organisation itself. It seems it is no longer a place to discuss ideas, or even make jokes about friends, without being at risk of complaint and having your tweets do a disappearing act. It comes to something when people are getting offended on someone else’s behalf, and taking this into a wider context, not be able to express more conservative right-wing views.