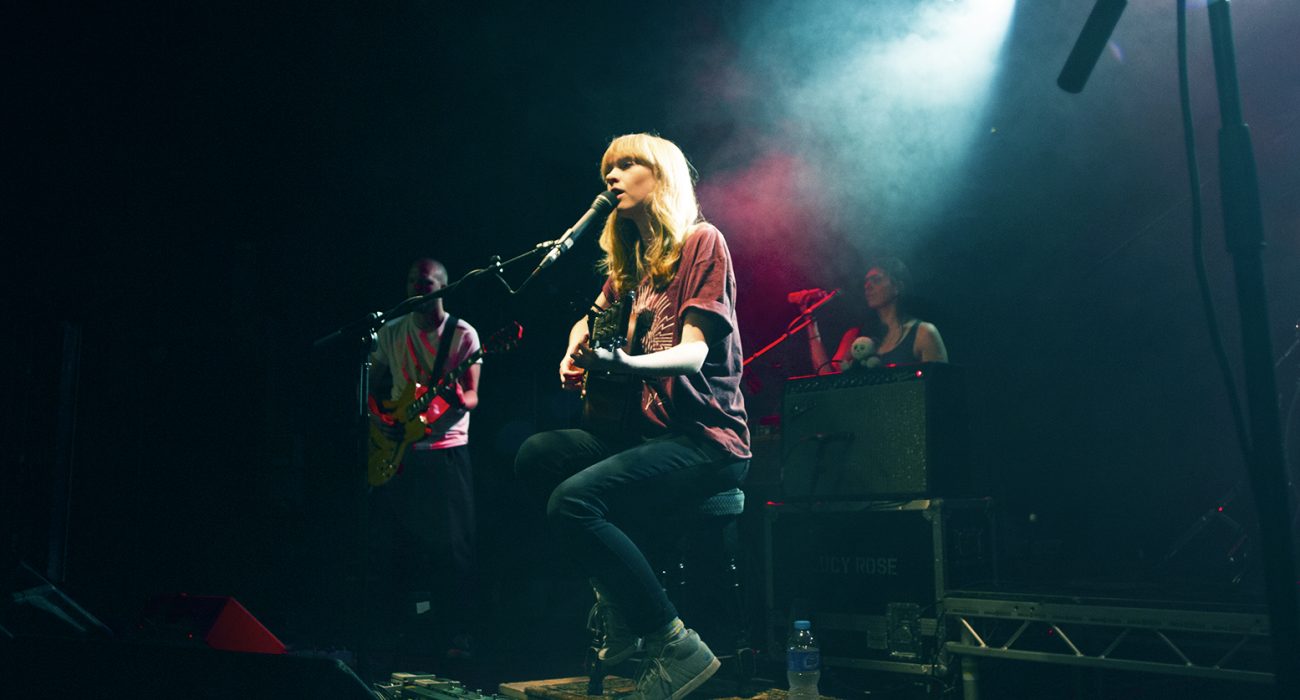 Following the release of Lucy Rose’s second album Work it Out last summer, her profile has seen a steady increase with a more refined and energetic sound that perhaps counteracts her diminutive persona. However, therein lays her appeal—distinctively inoffensive yet extremely catchy and relaxed records. What says the most about her increasing popularity is the fact that the Albert Hall was already full for her support set; people were not just hanging around at the bar waiting for Dallas Green.

The set began with a solo performance of ‘Into The Wild’ from the latest album. A charmingly affectionate opener which highlighted her capability to captivate a crowd without a full band. Yet, it was not until the full band joined Rose that the set really got going. The band added an element of dynamism to the sound that can became somewhat repetitive with just an acoustic guitar. The band complemented the gracefulness of the songs and didn’t drown out the relaxed vocal style of Rose. Such could be heard on ‘Middle Of The Bed’ from Rose’s first album, an endearing yet somewhat groovy number that  still sounds good four years after its release. The same could very much be said about ‘Lines’, which, despite being a remarkably peaceful song, still managed a progressive nature and an urge for foot-tapping.

At this point, the set became rather repetitive if not slightly forgettable. This was the biggest obstacle for Rose, her unique chilled out style could become slightly limiting. Yet, the most memorable part of the set soon followed with Dallas Green joining Rose on stage for a rendition of ‘She’ll Move’ and it was hard to not get the impression that Rose couldn’t really believe what was happening. However, the combination with Dallas Green actually highlighted her similarities with the City and Colour star—an endearing and folky nature. In fact, Lucy Rose now sells her own range of tea to accompany her album. Quaint, yet bearing a tendency to pass you by.