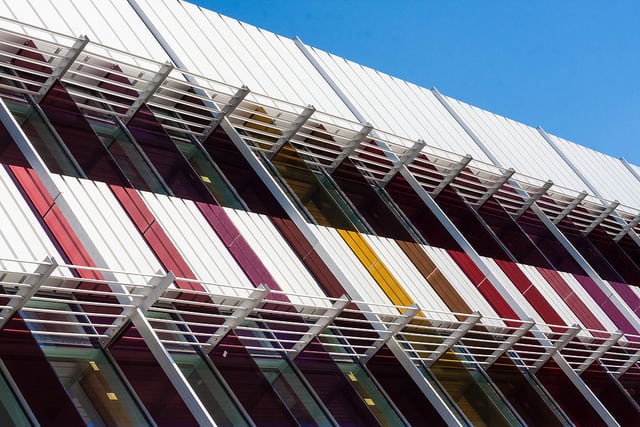 The Student Survey misses the point

Recently I received a letter in the post, and it doesn’t stop there. I tore it open and read the title heading the first page: ‘The National Student Survey 2016’. Finally, I thought, a chance for me to have my say! I read on and noticed that ‘have your say’ was in the opening line. It was a promising start, but this was somewhat undercut by the fact that they had actually put inverted commas around ‘have your say’. I wondered if perhaps this was the draft version of the letter that had been sent around the office as a joke and then sent to us by accident. It was as though there were so many empty clichés on the first page that some had taken to waving at me to get my attention.

Nevertheless, I was just so excited about having my say, whether it was intertextual or not, that I turned to the survey itself and browsed through the points. Down the page was a list of statements to which you could express a range of nuanced responses, all the way from violent disagreement to ecstatic and partly spiritual concurrence. For those of the participants who were just in it for the experience, you were also offered the response ‘neither agree nor disagree’.

Number 18 caught my eye, as the statement offered read: “I have been able to access specialised equipment, facilities, or rooms when I needed to.” Well, it is true, I have accessed a fair few rooms in my time. Many tell me it is one of my defining features—there goes ol’ Elliott “The Room Accessor” Mills, accessing rooms when he needs to, they say. Don’t even try stopping him from accessing a necessary room, they reiterate in partial italics.

To be fair though, and fairness is key, the statement did get me questioning just how much special equipment I had been offered over my three years of studying English Literature. Not much! In fact I wouldn’t say any of the gear I’ve been given at university was all that special. Someone had to be blamed for this, and it certainly wasn’t going to be me. I crossed the ‘Definitely disagree’ box and with pencil added in “with an undue sense of self-entitlement”, to strengthen my case. Hopefully, in just redress, at least one member of staff would lose their job.

Jobs, I think, are the main concern for the structuring of university, as this survey suggests the future of university experience is more based around the acquisition of qualifications for the benefit of future employment, rather than the enjoyment of an area of study in itself. One of the opening points in the survey asks us whether the “staff have made the subject interesting”. This seems to suggest that it would be strange to find the subject interesting anyway. That notion is compounded by the fact that the largest section in the survey relates to ‘Assessment and feedback’ and wants to know whether the student has been told assessment criteria, been marked fairly, and has received a no-win-no-fee 2.1 guarantee.

The National Student Survey tell us that they are “giving students a powerful collective voice to help shape the future of both their course and their university or college”, but it just so happens that the voice mostly talks about how they’re not interested in their course and how they are only there because they want to earn a qualification for the purposes of future employability. It’s not an evil voice, but it’s not an interesting voice either: It talks over-aggressively at waiters. It says ‘dividend’ quite often. The shape of this future university is already just about in view, predetermined rather than open for moulding. It is as though there is a giraffe-shaped balloon and we are told that we can contribute to its future shape by how much air we would like to blow into it. Similar to a balloon, this survey seems innocuous and is carried by a fair amount of hot air.

I will admit that the imagery and the concepts didn’t quite align there. I’m not sure why the balloon was shaped like a giraffe nor why it then turned into a hot air balloon. I suppose I don’t fully have control over my literary and rhetorical devices because the staff didn’t make the subject interesting enough.