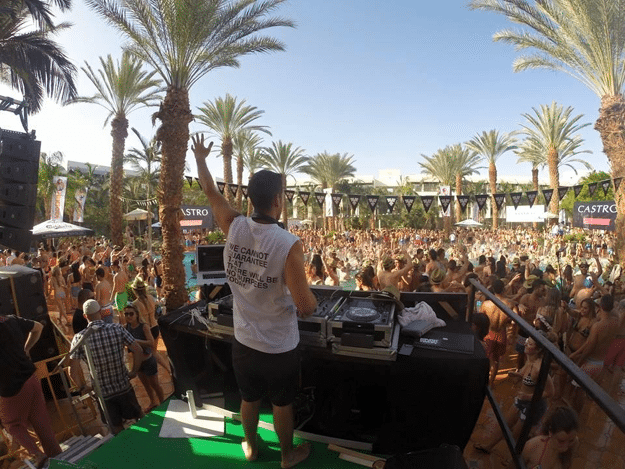 Being a country so widely followed due to its turbulent politics and history, it’s a rare occasion one gets a cultural insight into the leisurely side of Tel Aviv. Home to over 400,000 people, it is a hugely forward thinking, western city with a lot to offer. It has a prominent LGBTQ+ scene, and the pop culture and party scene is second to none—even the Black Eyed Peas claimed it as their favourite place to perform. Were we still in 2009 we would perhaps all be a lot more impressed.

Having grown up with Tel Aviv as my second-most visited city, I’ve been able to experience it without prejudice or fear. Walking around, it is more than easy to forget the context of the country you’re in. It’s a city that feels alive; there’s colour and noise everywhere, and enough eccentric Israelis to keep you on your toes and interested (shout out to Jesus on a moped), but it’s also impressively relaxed, filled with a silly amount of attractive youth with life long tans, sauntering the city and getting drinks with their really attractive faces.

The nightlife in Tel Aviv is buzzing. It’s a city that starts late and finishes late, and unlike the British, seems to understand how to construct a nightlife without 18 year olds passing out, vomiting, or as Pangaea reminded us all, anything else. Entrance therefore to clubs in general tends to be restricted to over 21’s, but will be well worth the wait. The Lonely Planet ranked Tel Aviv in the top 10 cities for young people, due to its vibrant and exciting clubbing and music scene.

The food in Israel is diverse and more than available. There’s endless opportunity for street food and authentic middle eastern cuisine, which I strongly recommend as the way to go. However, should you crave something a little more international, there’s a huge range of restaurants available. Head over to Rustico (located on Rothschild Boulevard), should you be craving a killer pasta or Nutella pizza.

Perhaps surprisingly, the LGBTQ+ scene in Tel Aviv is prominent, with Out Magazine naming it the “gay capital of the Middle East”. There is an annual Pride Parade in Tel Aviv each June with over 100,00 participants, and in 2013 a poll by Haaretz showed 59% support for same sex marriage among Israelis.

The beaches in Tel Aviv are a huge selling point in my opinion. They are large and clean, with white sands, palm trees and clear warm water. There’s rarely beach sellers like you find in many holiday destinations, yet more often than not, you’ll find beach huts selling drinks and ice creams. Visiting in the day time guarantees you a tan and a perhaps even a chat with a (once again) hugely attractive lifeguard if you’re lucky/dumb/smart enough to get a little lost out at sea (because the water is just that warm). What’s more, sunsets on the beach in Tel Aviv are addictive. Gather the troops, get some food, and watch from the shore. You won’t even need a jumper.

And there you have it, more than enough reasons to plan your next trip away with your friends to Tel Aviv. It’s not cheap, but well worth it.