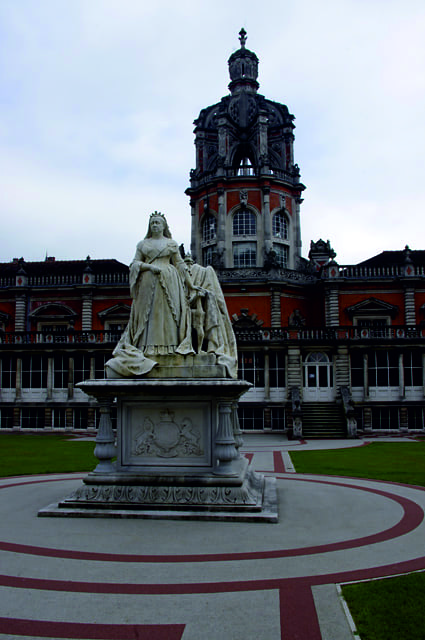 Both The Sunday Times and The Independent were forced to remove articles which claimed that the ‘I, too, Am Royal Holloway’ campaign advocated the removal of a statue of Queen Victoria on campus.

The campaign intended to promote the inclusion of Black. Asian and Minority Ethnic (BAME) students by raising awareness of casual racism present at the university. This was inspired by previous movements such as ‘I, too, am Oxford’ and ‘I, too, am Harvard’, which similarly used a compilation of photographs of BAME students holding up quotes of racist slurs or micro-aggressions they had experienced.

Confusion of its purpose arose when The Tab in Royal Holloway reported the campaign with the headline ‘BME students ‘feel excluded’ by Queen Victoria’s Empress of India statue’. The Sunday Times followed on the 6th of March with ‘Anti-Imperialist Students Turn Fire on Victoria’, whilst The Independent claimed ‘Students Have Demanded That a Statue of Queen Victoria at Royal Holloway Be Removed’.

Royal Holloway’s Students’ Union responded with a statement denouncing the the headlines, asserting: “the campaign does not call for the removal of the statue of Queen Victoria in Founder’s North Quad” and that this alleged purpose of the movement was “completely untrue”.

In addition, Grace Almond, who was thought to be at the forefront of the ‘I, too, am Royal Holloway’ campaign later tweeted: “There are no plans for a #Victoriamustfall campaign at Royal Holloway. The articles written by @Independent and @thesundaytimes are false”.

All three articles have now been deleted.

The controversy over the misreport of the anti-racism campaign comes at a time where the colonial pasts of several universities are being disputed through student protest. This was initially sparked a year ago with the Rhodes Must Fall (RMF) campaign at the University of Cape Town in South Africa, where a statue of Cecil Rhodes—a Victorian Imperialist who supported Apartheid-style measures—was defaced before being taken down.

RMF then spread to the University of Oxford, where a number of students began to challenge the presence of a Cecil Rhodes statue at Oriel College. Despite unsuccessful attempts to remove it, the attention provoked a ‘Mass March for Decolonization’, which occurred on Wednesday the 9th of March. This saw over 100 students take an ‘alternative walking tour’ of sites linked to Oxford’s colonial past.

A number of other universities have also faced anti-colonial action. On Wednesday, Jesus College Cambridge pledged to remove a bronze cockerel from its dining room. This was looted from Nigeria during a British colonial expedition in the 19th Century. A college spokesperson on Tuesday stated that the rightful location of the ‘Benin bronze’ was a complex matter requiring further discussion.

Meanwhile in the United States, the Harvard Law School Committee has put pressure on the University to remove its crest that has ties to 18th century slave traders. The image, which depicts three sheaves of wheat, is based on the family crest of Isaac Royall Junior, the son of a wealthy slave owner and trader whose bequest endowed Harvard’s first law professorship. This comes after the successful campaign for the removal of the term ‘master’ from academic titles due to the word’s contentious connection with slavery.

Amherst College Massachusetts has also faced scrutiny due to its link with informal mascot, Jeffrey Amherst, an 18th century general accused of permitting the infection of Native Americans with smallpox.

Princeton is another, whose school named after Woodrow Wilson has been questioned, due to the former President’s allegedly racist views and contempt for ethnic minorities.