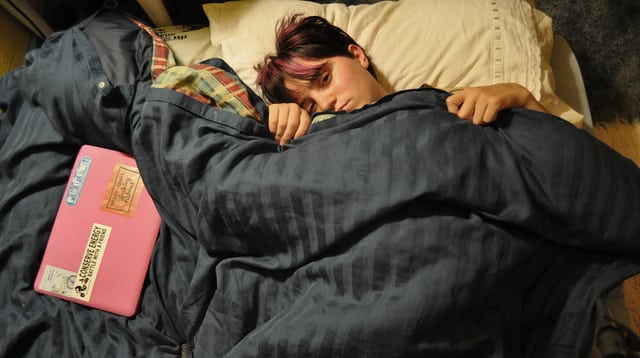 In 1988, hundreds of impressionable teenagers visited the cinema to see Melanie Griffith clamber up the ladder and break the glass ceiling in Working Girl. Enter the cinema today, and the latest equivalent would be to see Rebel Wilson pissing around and showing us all How To Be Single. While there’s been a definite surge of toilet humour in films and TV shows in the past few years, just when did it slide from a good bit of harmless schadenfreude into a self-indulgent guidebook on how it’s okay to have totally fucked things up? TV shows such as Girls, Fresh Meat, The Inbetweeners and even as far back as Skins provide storylines with such hyperbolised screw-ups that we can all feel better about ourselves as we lie on the sofa, avoiding that pressing coursework essay.

“It doesn’t matter if I get a 53,” we tell ourselves, because that teenage plank on the TV has just driven their car into a lake—have a bit of perspective! In Girls, Hannah’s most recent career move was to show her boss her vagina and Oregon was disappointed with her 2:2 in Fresh Meat. Being below-par is ultimately cool these days. At least don’t be anything other than average or you might end up like one of the characters from the love-to-hate-it Big Bang Theory. Aim for your life to be a B-, because anything higher catapults you into the stratosphere of either a career bitch or on the autistic spectrum. Apparently.

But how much is it actually affecting us? Surely no-one is that stupid enough to be taking these shows as an excuse to settle back? Recently, in light of Fresh Meat finishing their final season, the media launched upon the idea that, actually, students don’t party all that much any more and that Fresh Meat is like, sooo unrealistic. I think they may have missed the point a bit there, but it does make very clear how some people believe that their chosen television programmes should at least give them some guidelines as to how they’re living their lives.

But surely someone making lifelong friends at university, having the emotional security to maintain a lasting relationship, and getting the perfect graduate job does not make good TV? Portraying a group of people who are spectacularly messing it up covers all viewing audience bases—if someone’s wildly successful, they generally are bored with a portrayal of someone supposedly equal to them and, worse, annoyed by one of someone more successful. If you’re a complete screw-up, then you’ll seek solace in society’s media reminding you that you’re normal. Unemployed, jaded, unhealthy and forever alone—the perfect starter kit to dive headfirst into today’s offerings of TV and film.