TEDx came once again to the University of Manchester on Saturday 16th April, with the theme of ‘Infinite Possibilities’.

TED was founded in 1984 and has since provided “short, powerful” talks to educate, inspire and engage its global array of viewers. TEDx events are independent, “community-driven” conferences set up by locals for locals, that use the same principles as the main TED organisation.

Saturday’s ‘Infinite Possibilities’ was set up by two final year students, Emrana Khatun and Liz Tiong Li Chen, who chose the mysterious and vague theme on purpose. They said that they picked this title as they liked its “very ambiguous nature”, as it could “signify hope and highlight the potential that lies within each and every one of us.”

The conference took place in the busy Rise space on Deansgate, an events area provided by Barclays and paired with the Grindsmith café. On entering, I thought that I had walked into a kitsch coffee shop—flat whites and beanie hats abound, set against open brickwork, steel arches and spotlights. Rounding the corner, the industrial-style auditorium opened up, seating 100 people; with this including the speakers themselves, tickets sold out extremely quickly—some people reported that they were gone in four seconds.

However, the relatively small crowd allowed for a much more intimate and friendly mood than I had been expecting. The atmosphere was alive with chirpy conversations and excitement about what was to come over the course of the day.

An Arts Management Master’s degree student said that she was hoping to gain “a lot of inspiration and creative ideas” to use in her studies from the day. Another attendee, Urban Planning undergraduate Felix, told The Mancunion that he was trying to follow his dreams and “get inspired.” Clearly, everyone in the audience had high hopes.

After some technical difficulties causing a slow start, Shiv Tulsiani, the TEDx host for the day, stepped onto the stage to welcome us. Straight away, it was apparent that the informality and friendliness would extend to the speakers as well as the crowd—jokes were frequent and applause was plentiful.

The first guest of the day was dancer David Kam, from the Natalie Su company in London. He began with a brief talk about his homeland of Malaysia, describing the multicultural nature of Kuala Lumpur. He spoke of how the city itself has developed its own ‘Lingua Franca’, a mixture of Malay, English and Tamil, to enable people of different cultures to communicate with each other.

Kam described his goal and that of the Natalie Su company as an artistic equivalent. Their aim was to incorporate multiple creative disciplines into one performance, to create an interactive and experimental display. He, along with illustrator Joanna Layla, violinist Henry Webster, projection designer Graham Robinson and choreographer Natalie Su Robinson, worked together to improvise a live performance on stage for the TEDx audience.

The result was like no other exhibition or performance I’ve ever seen. Initially, there were so many things going on simultaneously, I was not sure where to look. However, as I started to understand the concept behind it and the artists became more in sync with each other, the point became clear and the work more compelling. It was less a performance and more an experiment.

The applause was heavy and the wide grins on all of the artists’ faces were enough to convince me that they had thoroughly enjoyed it. Later in the day, I caught up with David and Joanna to discuss how they came up with the idea.

David stated that he refused to think of the display as a performance, but instead as an “experimental process in action”. They did not rehearse beforehand, to make sure that they were all improvising entirely, forcing them to be completely absorbed in the immediate situation; Kam repeatedly emphasised this, adding “the more immersed you are in a moment, the more authentic the output is.”

He went on to say that the mixture of modes allows a “sense of investment and respect” to be shared between all of the contributors, even though, perhaps oddly to outsiders, they “don’t talk about the fact that we [they] work in different mediums.” When asked finally what he wanted the audience to gain from the group’s presentation, Kam thought for a moment before saying “to have a direct conversation with the performers themselves”, using the “speaking pencil, drawing violin and listening body.”

The second speaker of the day was 18-year-old Hassan Iqbal, a finalist in the Young Entrepreneur of the Year awards and CEO of Creative Pixels, his own creative media agency. Hassan gave a talk on being successful in business and the questions to ask yourself to get your dream job.

Iqbal advised the audience to “be unique and do something that you enjoy, even if it’s out of the norm.” He described some of his contemporaries entering the 9 – 5 world doing jobs that they do not enjoy because “society thinks they should.” He followed this with a heartfelt plea to not “do things for the wrong reasons”, but to “take every opportunity, even if it’s small… to change your life.”

Richard Ramachandran was the next guest, a Scottish man who could be unusually described as part-filmmaker, part-scientist. An Illustration and Animation graduate, he has helped to create a new genre of film—that is, mind-controlled movies.

These films require the watcher to wear a piece of equipment that looks much like a large Bluetooth headset, which monitors the wearer’s brain’s electrical activity to control the outcome of the movie. Ramachandran had to create four distinct but interchangeable layers of film and scores that the headset can cut between to create a personalised movie for each watcher. As he spoke, he showed us clips from the different film layers he had made and demonstrated how they swapped unnoticeably between each other.

Richard left his audience in awe as he finished with the question that he will be basing his upcoming doctorate on—“Can we make a film that is unique to one person and will they like it more than one that someone else made?”

Fourth on stage was bubbly American Jennifer Arcuri, whose quick jokes and fast pace made her a firm crowd favourite. Her subject was computer hacking and how it is very difficult, especially for young people and children, to know where the ethical boundaries lie online. As somewhat of a technophobe, I was not expecting to understand, let alone enjoy her talk, but it turned out to be relatable and interesting to even me.

After introducing the topic, she turned to the audience and said bluntly: “There’s something here we need to talk about… It’s too easy to be illegal.” She followed this with ideas for how to solve the problem, from new legislation to workshops for young people. Arcuri is a co-founder of Hacker House, a company based in London that aims to tackle these issues, as well as to provide cyber security services for companies.

Steve Rawling was up next, a man known in the media industry as the ‘Infinite Storyteller’, with over 25 years of experience across a variety of roles in the field. He provided storytelling and presentation tips and tricks, stating frankly to bear in mind that “it’s not about you… telling other people’s stories is the way to become an infinite storyteller.”

Ash Dykes followed, the 25-year-old Welsh explorer who in 2014 became the first person to traverse Mongolia on foot, solo and unsupported. He spoke of his many journeys, both leading up to the trek and the 78-day expedition itself and the challenges he has faced along the way. His inspirational speech included advice for any would-be adventurers—“You must mentally believe that you can do it before you physically put your body through it.”

Solicitor and consultant Will Baker later spoke on prisons and immigration detention centres and the necessity for the public to “hold a mirror to power”, to ensure that conditions are kept fair and safe. He described the groups of volunteers that visit these centres and accompany the asylum seekers if they are deported, stating that they must ask “is this fair? Is this reasonable? Is this decent?” He highlighted that deportation cannot be avoided, so it “must be done in the fairest way possible.”

Baker praised the British authorities in their ability to “deescalate problems… with as little physical force as possible”, but still emphasised the importance of the public increasing their involvement with official processes, to prevent key organisations from gaining too much power.

The penultimate speaker was Marcus East, a technology director who prefaced his lecture by declaring “this is not supposed to be inspirational… this is a warning.” This attention-grabbing statement was startling after a day fairly full of positivity and inspiration, causing the audience to sit up and focus perhaps more even than previously.

He went on to discuss the rapid pace of technological advance and how there is a hidden side of it, of “dark tech” that could potentially be used to control people in the near future. He warned of the “civil unrest suppression” robots currently undergoing construction in Silicon Valley, as well as the armed drones that are being tested every day in the USA. East finished his speech by reminding the audience of the first of Isaac Asimov’s famous 1942 Laws of Robotics: “A robot may not injure a human being or, through inaction, allow a human being to come to harm.”

The final guest of the day was digital artist Sumit Sakar, who worked with a whole range of mediums before moving onto software and 3D printing. He showed many examples of his previous multi-modal work, much of it based on Hindu mythology and “comic iconography”.

After showing these pieces, Sakar informed us that he would be making live digital 3D sculpture then and there on his tablet. The screen was initially filled with a pixelated ball, but within 10 minutes of stylus tapping and trance music had become a screaming demon clawing its way out of a box. The transformation was astonishing and it was a fantastic way to finish the day.

Closing the conference, Tulsiani and the event organisers Khatun and Chen came back onto the stage to present gifts to the speakers. We were reminded that 12 years ago, neither Air BnB, nor Facebook, nor Uber existed, but are today worth a combined £250 billion—a real-life illustration that possibilities truly are infinite. 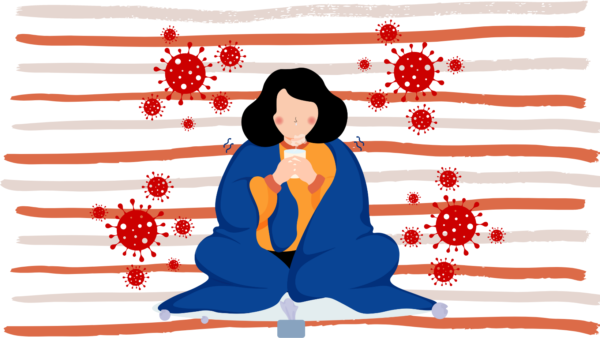 How to fit in in Fallowfield