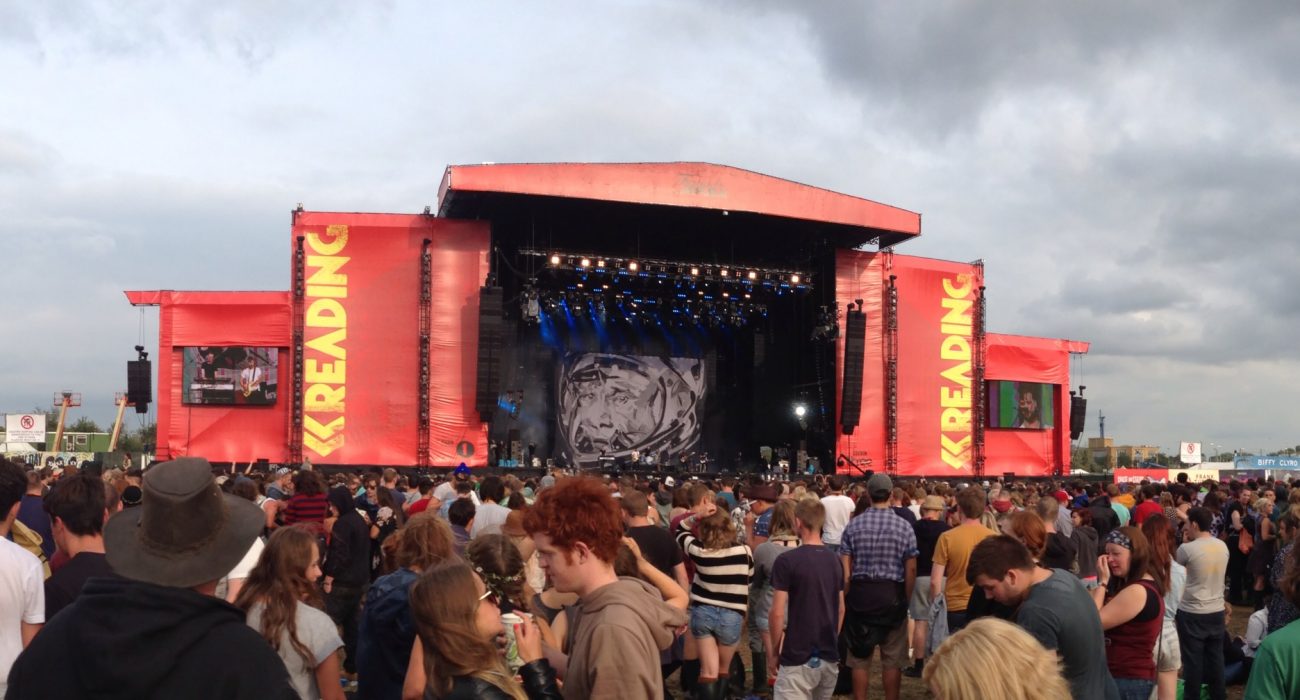 A bit like Leeds…but the better one down south.

Reading and Leeds are two of the biggest annual rock music festivals in the UK. Running every year simultaneously on August bank holiday weekend. However Reading, the ‘original’ of the two, has been running slightly longer since they started in 1971 compared to Leeds starting in 1999. Through the years they have both experimented with different genres of music, but with Indie, Alternative, and Rock remaining the main dominant contenders.

And let’s be honest here, with Reading being further down south, there’s far more chance of sunshine, therefore less mud, and then less chance of an embarrassing drunken mud wrestle. Reading have had massive names headlining previously, such as The Rolling Stones, New Order, Oasis, Eminem; the list goes on and on. This year they have even more headliners than ever, with five in total, meaning even more talent squeezed into one weekend.

Friday night opens with Co-headliners Foals and Disclosure, Scottish pop band CHVRCHES, with other appearances such as Maximo Park and Asking Alexandria.

Saturday night has a whole mixture of big names, such as the much-acclaimed Eagles of Death Metal. Radio One’s one to watch in 2016, Jack Garratt, and Blossoms. Finishing the night with the world famous Red Hot Chili Peppers.

And as if this wasn’t enough, as the weekend comes to a close, it definitely will not start to tone down the names of those playing, offering The 1975, The Vaccines, and Half Moon Run, headlining with the almighty Biffy Clyro, who have only just announced their upcoming album Ellipsis. Biffy are also co-headlining with American counterparts Fall Out Boy!

…. Is this more than you bargained for yet?