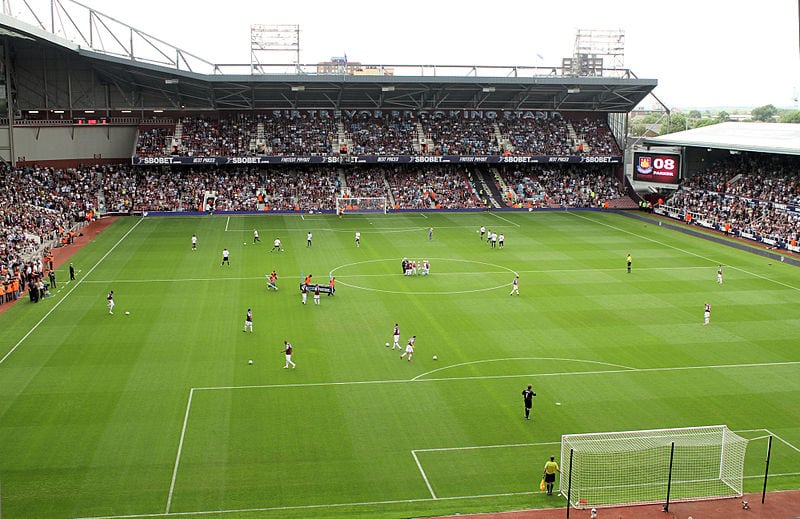 Written on 16th May 2016. Posted in Uncategorised

The two sides met for the fourth time this season; drawing in December and March before United snatched a 2-1 win at the Boleyn Ground in an FA Cup replay in April. It promised to be a close game and extra incentive was provided for both clubs. For the Reds, Champions League football would be sealed with wins in the last two games of the season due to City’s slip up against Arsenal on Sunday. For the Hammers, their last ever game at the Boleyn Ground, their home for 112 years, before moving to the Olympic Stadium next season. Like against Norwich, this promised to be a good game. Unlike Norwich, this was actually a good game.

Manchester United played a very attacking starting 11, with Rooney, Herrera, Mata, Martial and Rashford all making the team. It was a statement of intent from Van Gaal. While this lifted the optimism of fans, it was quickly put in jeopardy as rumours started circulating that the Red Devils’ team bus was late (the last time that happened they got tonked 3-0 by Spurs). Not only were they late, but they had been harassed and ‘attacked’ (sort of) by drunken West Ham fans outside of the stadium, throwing bottles and other objects at the windows and shattering the outer layers of glass on the team coach. Rooney and Van Gaal spoke out before the game condemning the behaviour and fans feared that the incident may have put the players off their game.

It certainly seemed like it did for the first half. The Red Devils were torn to shreds by the Hammers’ midfield and were lucky to only be 1-0 down by the break. However, Van Gaal’s men came out of the dressing room much more motivated and looked the more dangerous going forward in the early stages of the second half. Martial hit the Hammers with two quick goals to give the travelling United faithful hope. That hope was drowned out however, as West Ham came back to win 3-2 in stunning fashion. It cannot be argued that they didn’t deserve it.

Couldn’t have done anything for the first two goals and was harshly criticised for the third. His back-four did not mark Reid properly and let the Kiwi fire a powerful header past the Spaniard’s left hand. Made himself big to block a shot from Carroll in a one on one in the first half.

Yet again poor. The Argentinian has no composure at the back and is wasteful going forward. It is understandable that Van Gaal wanted one more brutish defender to combat West Ham’s height from set pieces, but Rojo is clearly not as good as Borthwick-Jackson is as a left back. It was his poor clearance that led to the opening goal and he was completely destroyed over the ninety by the combination of Antonio and Lanzini.

At the beginning of the season when Van Gaal continuously played Blind at centre back many fans were stating that it was an accident waiting to happen. While the Dutch holding midfielder/left back has mostly proven fans wrong, Tuesday night highlighted why Blind is hopelessly ill equipped. His positioning was awful; giving away a goal to Antonio by playing him onside and handed Carroll a one on one with De Gea in the first half for the same reason. Didn’t close Sakho’s strike down quickly enough and deflected the ball past De Gea for the opener. While he did improve in the second half, he allowed Reid the chance which won West Ham the game late on. United are desperate for a top class centre back to partner Smalling.

The only Manchester United defender that can have a reasonable amount of respect for himself. Won 5 aerials against a very physical team, however, was second place to Carroll with 9, his opposite man. Failed to organise his defence at set pieces and was guilty of, yet again, grappling players inside the box. It has been a reoccurring theme this season, conceding a penalty to Newcastle for it and will continue to concede penalties as long as he plays rugby on the football pitch.

Was reasonably industrious down the right hand side, getting forward often and making tackles high up the pitch. Gave away free kicks too often to a team of their set piece capability, one of which picked him up a booking and the other led to the Hammers’ winner. Faded as the match went on and was substituted for Januzaj for more attacking impetus.

His worst game in a United shirt this season. Was completely ineffectual as an anchor and allowed wave after wave of attack batter his defence during the first half. Was meant to be marking Lanzini in the build up to the first goal but allowed the tricky Argentine space, which led to the opening goal. His passing was very wayward and was substituted at half time for Carrick, in the hope of adding some composure.

Manchester’s savour (at least for a moment). The Frenchman raided down West Ham’s right flank all evening, a constant nuisance for both Antonio and Kouyaté, who had been instructed to double up on him. Was in the right place at the right time for the tap in and his cross/shot after a mazy run fooled Randolph and snuck into the back of the net. He also got back defensively and even made a clearance off the line from a Carroll header.

Was being constantly praised by the commentators for his ‘Hollywood’ cross-field passes but was inconsistent when in possession, often losing the ball or being tackled. Did well winning the ball in the build up to the second goal. Had very little influence on the game other than that. Much more needs to be delivered if Rooney wants to deserve that £300 a week contract which he has been thieving for the last two/three years.

As hard it is for me to say this, as Herrera’s biggest fan, the Spanish midfielder had a really poor game. He was dispossessed the joint highest on the pitch (4), had an awful pass accuracy of 65% and gave away too many fouls around the box, one of which led to the second West Ham goal. While the former Bilbao player needs more game time, the performances are going to need to be a lot better than the role he played on Tuesday night.

One of the less rubbish players for the Red Devils; looked creative every time he received the ball. Unfortunately, that was not very often due to his isolation on the right wing. His pace does not allow him to excel in that position, like Martial does on the opposite side, however, he linked up with Rashford and Martial excellently for the opening goal.

A quite game for the Mancunian. His opposite numbers were clearly haunted by his world-class goal against them last month, and so gave the youngster very little room to manoeuvre. When he did find the space, he was dangerous. Influential in the first goal and assisted Martial for the second. Will look to get into games more in the future however.

Had a calming influence on the pitch and United grew in stature with his composure. However, he did little to protect the back four and failed to upset West Ham’s attacks.

Replaced Herrera in the 82nd minute. Ran around a bit, as he does. That was about all he did.

Touched the ball once. I think.

It is hard to say. West Ham gave an incredible performance and deserved all three points; the narrative of the game was perfect for their last ever game at the Boleyn Ground. United need to regroup now and hope City slip up against a rejuvenated Swansea, while beating Bournemouth themselves. At the end of the day, Champions League football is not really that important to the fans right now. The priority is consistency in performance, something that has been significantly lacking under Van Gaal, and the majority of big clubs this season. The FA Cup would be nice, but if it meant Van Gaal staying, how happy would United fans be about winning it? It is a fascinating paradox, one which will be interestingly played out in soap-opera like fashion over the Summer, no doubt.