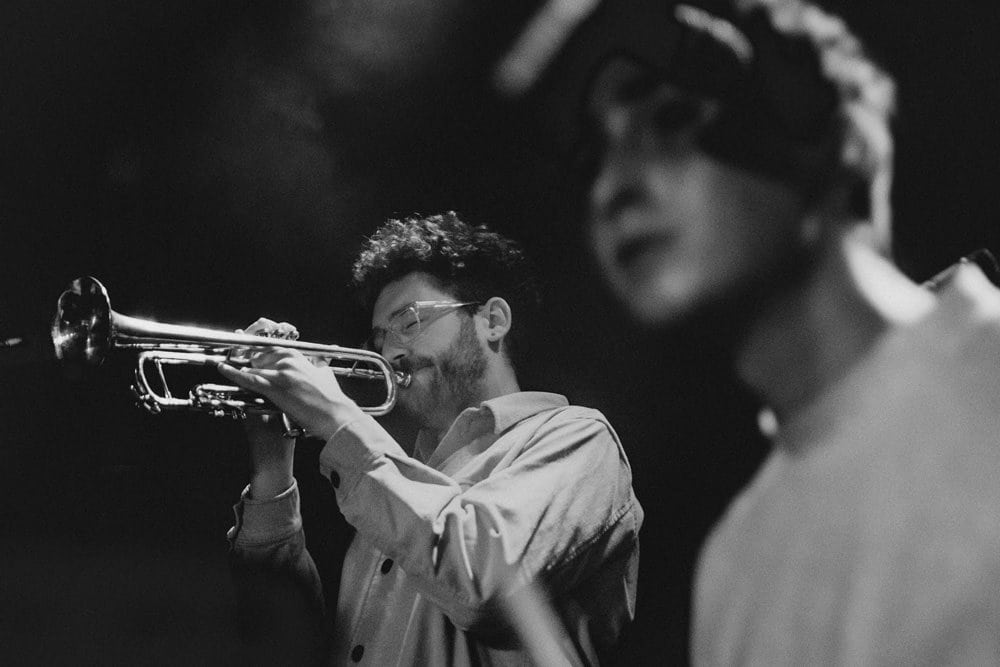 At the time they announced this UK tour, Chicago-based Whitney only had a couple of singles (including the outstanding ‘No Woman’) to their name. They subsequently released their album Light Upon the Lake’ in June to rave reviews, which saw demand for this show far outstrip the limited capacity of Gullivers. Thankfully we submitted our press application early and managed to secure our places at this hotly anticipated show.

Support on the night came from Manchester based Aldous RH. We’ve seen him previously supporting (and outshining) DIIV at Gorilla and were itching to see him again. Having previously played in Connan Mockasin’s band it would be easy to draw parallels between the two. To a backing of squelchy funk infused rhythms, the pixie-like Aldous belted out high pitched vocals that at points verged on ridiculous, but all combined to produce a great sound. For his last track, the upcoming single ‘Sensuality’, Aldous managed to get the whole audience to sit on the floor mid-song while he recited a slightly perplexing monologue about life, before launching back into the song. With such a fantastic stage presence, he won’t be confined to such a small stage for long; see him if you get the chance!

By the time Whitney took the stage, the lack of ventilation meant that the packed out room was verging on sweltering. Thankfully the quality of the music distracted the otherwise fidgety crowd. The band has a drummer-frontman (Julien Ehrlich), which isn’t something you see every day. Although you couldn’t help but feel sorry for him as he wore a thick sweatshirt and drank a pint of red wine – no doubt a perfect combination for overheating.

Tunes from Light Upon the Lake sounded fantastic. Single ‘Golden Days’ came early in the setlist, but it was tracks like ‘Dave’s Song’ and ‘The Falls’ that stood out far beyond the singles. It would be unfair to call Whitney a one trick pony, for on tracks like ‘Red Moon’ and ‘Follow’ the band really brought out a mix of styles to the table, with their sound incorporating elements of jazz and reggae.

It was a pleasant surprise to see the band throw in some covers into what would otherwise have been quite a short setlist. Whitney added oomph to the Everly Brothers ‘So Sad (To Watch Good Love Go Bad)’, as well putting their own twist on Bob Dylan’s ‘Tonight, I’ll Be Staying Here With You’. It was cool to appreciate these tracks through the interpretation of another band, but equally demonstrated Whitney’s musical talent.

Of course, breakthrough single ‘No Woman’ saw the biggest roar of appreciation on the night. The smaller size of the venue meant that the trumpets were much more prominent than on recording. They added a brassy spine-tingling warmth similar to those on some Beirut tracks. Perhaps egged on by the appreciation of the crowd, they went on to play ‘Light on the Lake’ for an encore. Despite being the name of the album, they confessed they “don’t play it that often”. But with their live shows sounding this good, perhaps they should.

Tags: Aldous RH, Light Upon the lake, No Woman, Whitney