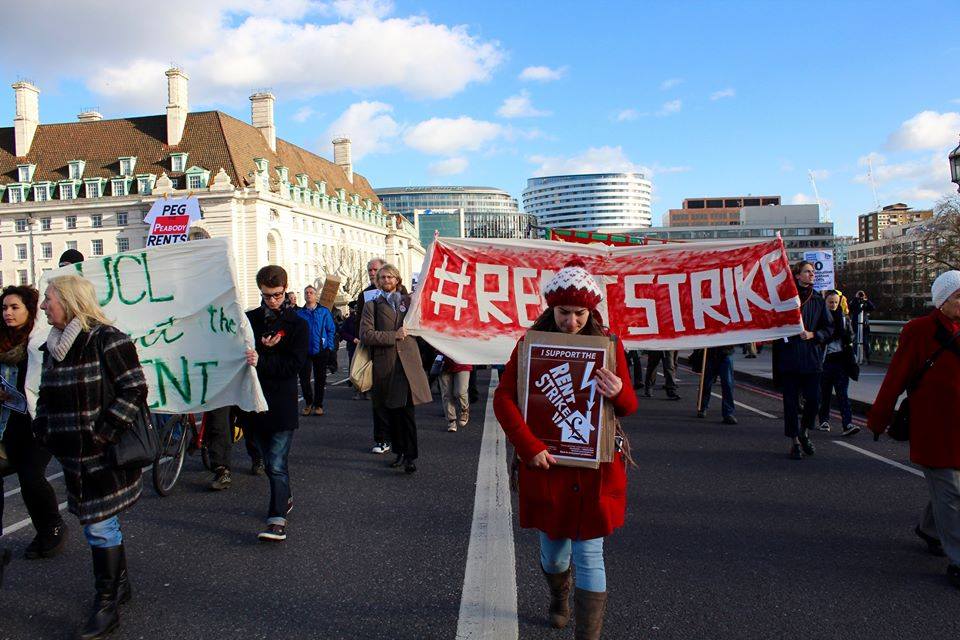 As of the 18th of June 2016, The National Union of Students (NUS) has officially joined the renewed campaign for affordable university accommodation.

In pledging to mobilise students and facilitate rent strikes, as well as providing legal support and advice on how to liaise with universities, the NUS is, according to vice president Shelly Asquith, “demanding an end to the exploitative profits from university accommodation”.

NUS research published earlier in the week shows that 60 per cent of graduates who lived with the £9,000 tuition fees also have consumer debts averaging £2,600 on top of their student debts. A three-year undergraduate degree could leave students borrowing as much as £53,000, meaning they are likely to start and live their professional lives in debt and financial insecurity.

Moreover, in light of recent cuts to maintenance grants by the government, the NUS claims that replacement loans will only exacerbate debt levels. In response, they are calling for fair rent structures within which 25 per cent of the beds are priced at a maximum of 50 per cent of available student finance, ensuring access for every student who wishes to study and not only those most financially privileged.

At the NUS conference on the 18th of June a representative, when asked about the potential risks of striking, such as potential evictions and threats that will inevitably arise from such action, stated that “we don’t have the luxury of taking a position of neutrality” regarding rent strikes . It seems that the NUS are aware that rent striking should not be glorified but they view it as necessary action when the most vulnerable students are being exploited.

The impact and legacy of student rent strikes are best manifested in those that occurred at UCL throughout this year when over 1000 students withheld payments in a rent strike lasting five months. The university made repeated threats to students; in cases such as Rebecca Pinnington’s, the 21-year-old president of UCL’s official student media outlet Pi Media, the university was met with allegations of bullying and intimidation in March 2016 after threats to expel her were made after she published an article containing details of the university’s classified report.

However, in June this year, UCL Cut The Rent, the campaign driving the rent strikes, declared victory with a £1 million concession and promises of bursaries and rent freezes, in spite of those repeated threats. This success, as well as newfound NUS support, has given the renewed campaign for nationwide strikes significant momentum.

This September, activists from UCL Cut the Rent and the Radical Housing Network will host a Rentstrike weekend training event which will run workshops centred around the advancement of university rentstrikes.