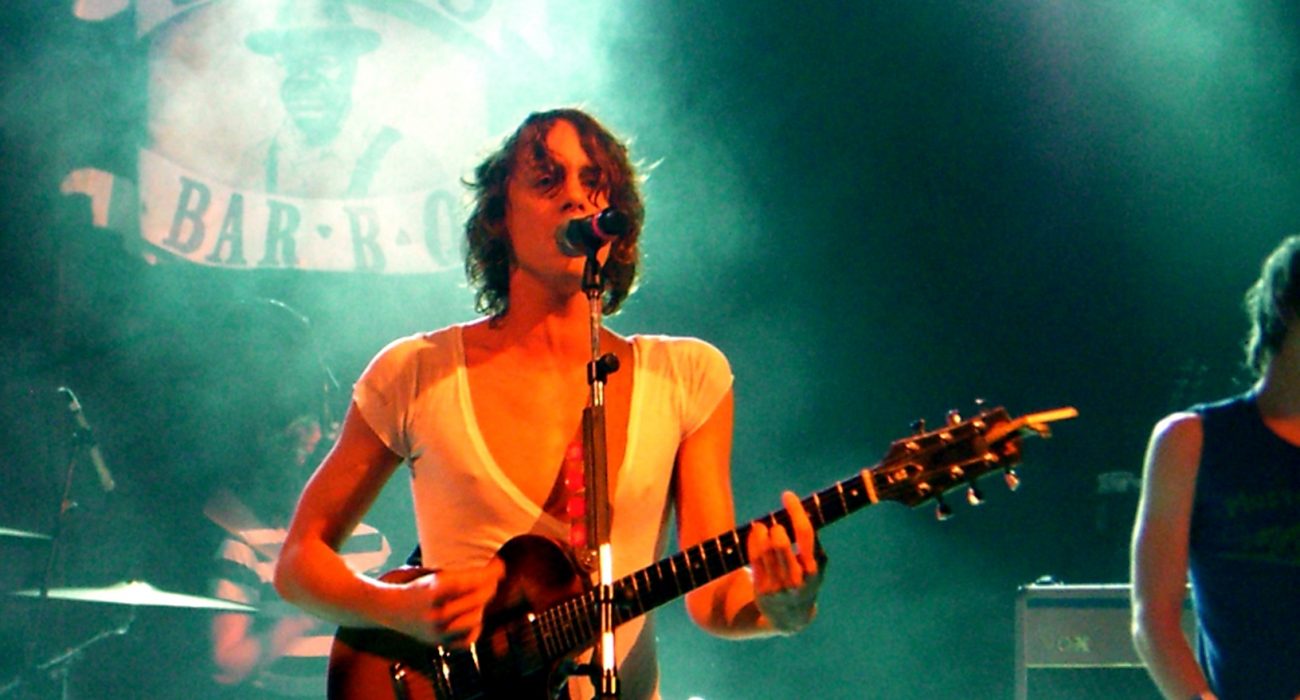 It’s the mid-2000s and Kylie’s hot pants still linger in the collective minds of the populace. The kids are relatively all right; curating their MySpace profiles or pursuing stunted MSN conversations when they aren’t busy discovering the debauched pleasures of sexting. As far as the charts are concerned, indie rock is almost as ubiquitous as Crazy Frog ringtones: the holy trinity of guitar, drums and bass reign supreme. The baton has just been passed on from The Strokes to The Libertines—but being the equivalent of amphetamines in band form, the latter swiftly crash and burn. Enter Johnny Borrell.

Like all great villains, Borrell has an origin story that breeds empathy: Sacked by the Libertines for not having enough ‘musical ability’, he ripostes by forming Razorlight. A quadruple-platinum debut album followed by a triumphant turn at Live 8 might have been enough approval for most, but it was only step one of Borrell’s master plan.

Razorlight scrapped the streetwise London-nightlife-commentary of first record Up All Night, and, in a decision of Faustian proportions, released a collection of stadium-sized pop rock anthems. Short and sickly sweet, the whole album clocks at under 35 minutes, but still finds a way to be littered with enough hooks to populate a decade of Lady Gaga singles.

‘In The Morning’ kicks off the album with a frenzy of snug melodies, wasting no time in getting to a coda clearly built for girls in skinny jeans and boys in even skinnier ones to sing along to. It’s also, however, not hard to imagine the latter’s Skoda-driving dads merrily toe tapping along: the song is achingly formulaic by nature, primed and polished to appeal to the masses.

The predictability was almost tangible: ‘Who Needs Love’, ‘Before I Fall to Pieces’ and ‘Los Angeles Waltz’ all feature Borrell’s hows and whys of love, so trite and vague that they make kittens and Chris Martin seem offensive. This, combined with the thoroughly hum-able middle eights, understandably sent Radio 1 executives into overdrive.

The most perplexing song on the record is ‘America’: A pretentious, impenetrable socio-political commentary on 21st century USA, written by a 26-year-old from Surrey. It did, however, contain enough “oh-oh-ohs” to bag the band’s first number one; for Razorlight, the end more than justified the means. And with Borrell’s final “oh” lingering over his chiming guitar, ‘landfill indie’ was born.

Razorlight’s success would result in the proliferation of indie bands across the country, each more banal than the last, offering nothing new to an overcrowded and unoriginal music scene. Record labels would outbid one another, attempting to sign the next big thing before they had even finished puberty. Indie music became ‘independent’ only in name and, looking back, it’s hard not to place some of the blame on Borrell’s oversized ego and ambition.

Taken as a snapshot, Razorlight is a good, even great album. ‘Before I Fall to Pieces’ is euphoric and irresistibly danceable, ‘Back to the Start’ is a can of juicy earworms, and ‘America’, for all its faults, remains a classic soft-rock anthem. The lyrics might have been inspired by an awkward mid-twenties crisis taken too seriously, but they are effortlessly easy to sing along to, despite strongly suggesting a narcissistic personality disorder laced with male sexual insecurity.

The larger implications are hard to look past, though; the record was too grandiose a manoeuvre for indie music. The resulting tailspin spawned terrifying bands like Hard Fi, The Ting Tings and The Wombats; the final nail in the coffin accompanied by a muffled whimper about somebody’s sex being on fire. In a curious case of prophetic irony, some of Borrell’s prosaic lyrics from ‘In The Morning’ had finally realised themselves: “The songs on the radio sound the same / everybody just looks the same”.