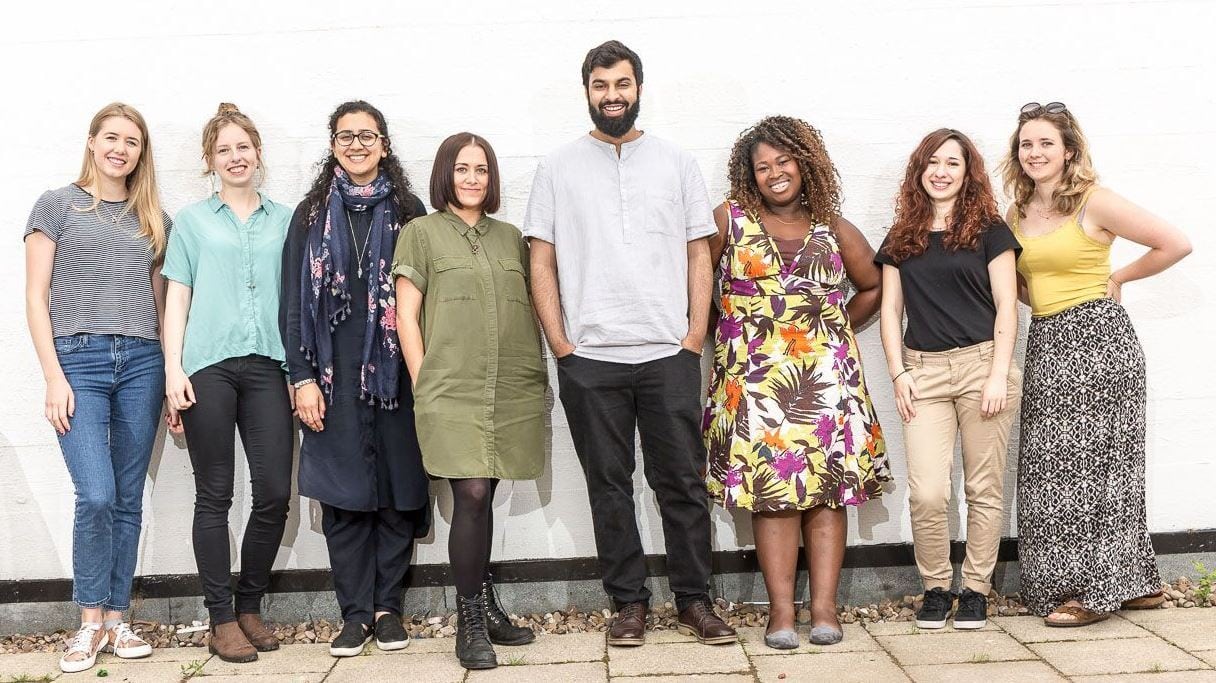 The Students’ Union exec team are a group of eight full-time employees who are either taking a break from their current studies at the University of Manchester, or have just finished. They are elected annually in March based on a manifesto that each candidate produces, then work from summer to summer, solely for the benefit of the students.

This year, Tamara O’Neill has taken on the role of Activities and Development Officer. She wants to enable as many students as possible to get involved in extra-curricular activities by “knocking down the barriers to participation.” She is currently working on this with talks on more student-specific loyalty cards and potential student discounts on gig tickets.

Tamara is also trying to promote cohesion between university societies by developing an app, which will contain all campaign and society information in one place. She has additionally organised a host of new resources for current societies, including new apps and a YouTube channel to make them as simple and easy to run as possible.

Emma Atkins was elected to the post of Education Officer, where she has since been working on several of her manifesto points. She is currently increasing awareness of Textbook Rescue, a textbook donation scheme within the university, as well as introducing life skills workshops. These workshops will aim to provide students with essential life advice that they may have missed at school, such as how to deal with bills and taxes.

Our Community Officer for the year is Saffa Mir, who is aiming to increase cohesion between students and the local community by pushing a ‘Good Neighbours’ plan, to allow students to get to know others in their nearby areas. There will be a Community/Volunteering week based on this running in December—more details will be released at a later date. She will also be organising workshops for first years, helping them to avoid pitfalls in rental contracts that many older students were not able to.

The Women’s Officer is Jenni Smyth, who has already been very busy organising the annual Reclaim the Night march as well as promoting her campaign which aims to increase awareness of abuse in relationships. She will be lobbying the university for future funding for the students’ sexual violence counsellor and to provide consent education for students.

Ilyas Nagdee is the current Diversity Officer and his overall goal is to make the university more accessible. He means this in every sense, from physical access to mental health support and he is very enthusiastic about student involvement, saying “students who have lived experiences of some of the things I’ll be campaigning on are of pivotal importance here.” Ilyas particularly wants to make sure that all positive change made is “sustained” and “long-term.”

Taking up the position for the second year, the General Secretary for the Students’ Union is Naa Acquah, who is currently in the process of forming a North Campus society, as well as working on increasing student involvement in the development of the city of Manchester.

Sorcha Floyd is our Campaigns and Citizenship Officer, whose manifesto clearly stated her two goals—to tackle the high level homelessness in Manchester and to ‘go green’. She has been working on both of these and will continue to do so, hopefully on a “cross-university scale.”

Finally, Izzy Gurbuz has been elected as the Wellbeing Officer this year. She hopes to reduce the stigma around mental health and to improve related resources as well as to work towards rationalising the mitigating circumstances system. Izzy has many events planned for World Mental Health Day as well as Wellbeing Week, details of which will be included in The Mancunion nearer to the time.

All of the officers have kept closely to their manifestos so far—if you would like to read these in detail, they may be found online at manchesterstudentsunion.com/execteam. Students are encouraged to contact any of the team members with suggestions, questions or comments, either in person by visiting the Voice Office of the Students’ Union, or by e-mail.