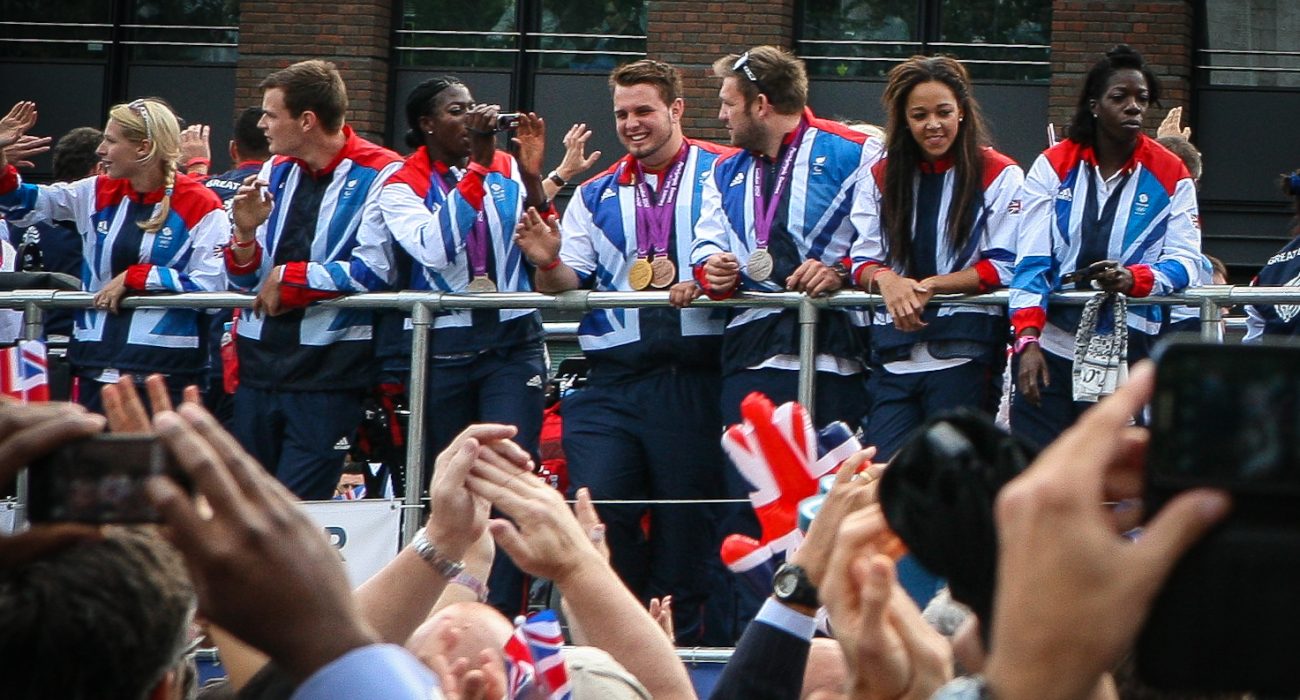 Ever since the disappointment of losing two Olympic bids, Manchester has become Britain’s sporting capital. Such was the extent of Manchester’s contribution to Team GB’s success in Rio, that it prompted the Manchester Evening News to report that the region could claim as many as 23 of Britain’s medals. Cycling has been singled out as Manchester’s major success story from Rio and previous games, but the city has produced a number of achievers across many sports. Much of this has come as a result of the “medal factories” at the SportCity complex in East Manchester, that were largely built for the city’s two Olympic bids and the 2002 Commonwealth Games.

The Great Britain Cycling Team won 22 gold medals at the last three Olympics, and are currently based at the National Cycling Centre at SportCity in Manchester. Originally built for Manchester’s unsuccessful bid for the 2000 Olympics, the Velodrome has since hosted the Commonwealth Games and the World Track Championships, and is one of five Olympic standard tracks in the UK. Laura Trott, Jason Kenny and Bradley Wiggins are regulars at the Revolution Series that takes place in Manchester every year, and the track is also open to the public for training and racing—including the BUCS national championships in November.

It’s also the location of one of the only indoor competition BMX tracks in the world. If that wasn’t enough, Team Sky—just off the back of a fourth Tour de France win in five years—are also based at the Velodrome, and continue to be the world’s best cycling team.

Of course Manchester’s other major contribution to the world of sport are two of the largest football clubs in Europe, with both gathering global support. Manchester United claim to have the support of one tenth of the world’s population, as only they would, and is Manchester’s most well recognised brand around the world.

Manchester United have traditionally been the dominant force in the city, with City being described as the “noisy neighbours”, but with the new investment flooding in from 2008 onwards, both sides in Manchester can claim to be world class teams.

The fierce rivalry between City and United has been raised to unprecedented levels this year by the personal animosity between their new mangers, Pep Guardiola and Jose Mourinho. Bragging rights are currently with the blue side of the city, courtesy of a 2-1 win just before the start of term, but with a long season ahead and the return derby at the Etihad in February, there is still very much to play for.

The region is also home to five other football league teams, the National Football Museum and the annual Soccer Aid charity match at Old Trafford. If you’ll be short of anything this year, football certainly isn’t it.

Rugby League is also deeply rooted in the north, with the game’s showpiece event taking place in Manchester every year. The Super League’s Grand Final will be played at Old Trafford on October 8th, and will be the climax to the 21st edition of the competition. The finalists haven’t been decided yet but Greater Manchester’s Wigan Warriors have qualified for the semi-finals already, alongside Hull FC, Warrington Wolves, and St Helens.

Last year the match was even held on the same day as England’s final Rugby Union World Cup game on the other side of the city at the Etihad stadium. The North West is represented in Rugby Union’s Aviva Premiership by Sale Sharks. The professional offshoot of Sale FC—whose stadium, the AJ Bell, is used for Manchester’s rugby varsity—currently play at the Salford City stadium and were champions of England in 2006.

Old Trafford is the grand old home of Lancashire Cricket, who have won the county championship eight times in the past, and have produced countless England stars. The ground is one of the best venues in the country to see T20 cricket, with 2015 champions Lancashire Lightning playing regularly over the summer—including the much-anticipated roses match against Yorkshire—and the new Women’s Super League franchise Lancashire Thunder also based there.

The stadium has hosted international matches since 1884, with highlights of this including the first Ashes match in England, Shane Warne’s “ball of the century” against Mike Gatting in 1993, and in 2005 having to turn away 10,000 ticketless fans from the conclusion of the 3rd Test against Australia. Only a fortnight before Welcome Week, Pakistan thrashed England in the only T20 of the summer in front of a crowd of 26,000.

Add to all of this Tyson Fury’s world heavyweight rematch against Wladimir Klitschko at the Manchester Arena in October, and it becomes clear how much the world watches the city’s sport with a very close eye.

Great Britain became the first country to improve on a home Olympic games, something many, me included, didn’t think possible. Manchester’s presence in this success story proved too much and it was decided that the the national celebratory parade would take place in this city. The precise date hasn’t been confirmed yet but will likely be in October after the Paralympics have finished. Many of GB’s most successful athletes are based in Manchester, and this parade is in part a recognition of how much of Britain’s sporting infrastructure and talent is in the region.

Certainly, looking at Manchester now, those failed bids for the Olympics seem like a very long time ago.