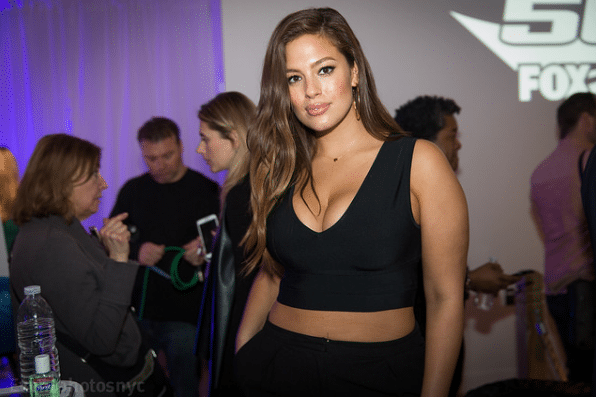 The term “real” model started bouncing around casting rooms some time ago. It’s an odd notion and a sure way to make my blood boil. What is it that makes one model any more “real” than the current notion of men, but specifically women, in the modelling world? Their physique (of course!). It is the celebration of great beauty in women but with the addition of curves.

It’s pretty ironic, almost laughable, if it weren’t also quite sad. For centuries, society celebrated the luxurious curves of a woman’s body, seen to suggest wealth, health and sensuality. And there are still many cultures today of the same opinion! But in the Western World, this notion has been lost. The current look of today calls for alien-like and wafer thin creatures, as popularised by Kate Moss and Naomi Campbell in the nineties grunge heyday. The worst kept secret within the fashion industry is the pressures placed on all models, whether young and aspiring or clutching onto their career. For decades now, the modelling industry has dictated that this is the definition of beauty.

Now, we are celebrating the women who represent the “real” (aka who we should see as slightly above average) members of society. We’re being fed the image of a new woman you can clearly picture lounging around with a beer or demolishing a pepperoni pizza in less than 10 minutes. After all, the lives of Sara Sampaio or Karlie Kloss do appear more fiction than fact through their social media.

So a few members of the fashion industry are trying to put an end to this farce and instead have us believe we are being presented with models much more like us. But what is like us? There are seven billion people in the world: who is the most “real”? This category of “real” model therefore incorporates every size it would seem. For example Daisy Lowe, who has for years now been labelled as a “curvy” model, apparently stretches standard rules as a size 10 with a large bust.

More recently however the plus size modelling industry has taken off, with its front runner Ashley Graham starring half naked in Joe Jonas’s music video and launching a lingerie line with Addition Elle. Her aim is to make women feel good about their body, no matter what size they might be, and inspire confidence in their sexuality with her hashtag (#beautybeyondsize) that spread across the globe. Whilst she has been criticised for putting a pretty face on obesity as opposed to promoting healthy eating, it is a prime example that weight doesn’t reflect health as the realities of anorexia, bulimia and body dysmorphia suggest.

Whilst Daisy Lowe and Ashley Graham may be slightly larger than the model physique we’re accustomed too, these women are still undeniably stunning, thus straining the term “real” model to suggest the category still requires immense beauty. However not all believe “real” models should ooze an untouchable beauty and Ashley Williams’ shows are perhaps the closest to an acceptable compromise. This is not to suggest her models weren’t attractive but rather that they didn’t fall into a clichéd beauty to make up for their slightly larger size. Williams’ Spring/Summer 2017 runway was filled with women casted through Instagram. Again, social media is far from what one would call a representation of “real” life, but the women are undoubtedly a refreshing change from those we usually see; they are a juxtaposition to the modelling world’s physical demands by defying the measuring tape.

The modelling world is not a healthy one but the redefinition of models as “real” is equally inappropriate. As models’ weights have dropped drastically over the last few decades, it is a regulation that will be hard to reverse. But even still, whilst there is a need to change the demands on models today, it should not be done through re-establishing the term “real” as it only further alienates those without model looks. It would appear there is still no solution to model standards as of yet but whilst this terminology might not work, it may still be a step in the right direction.