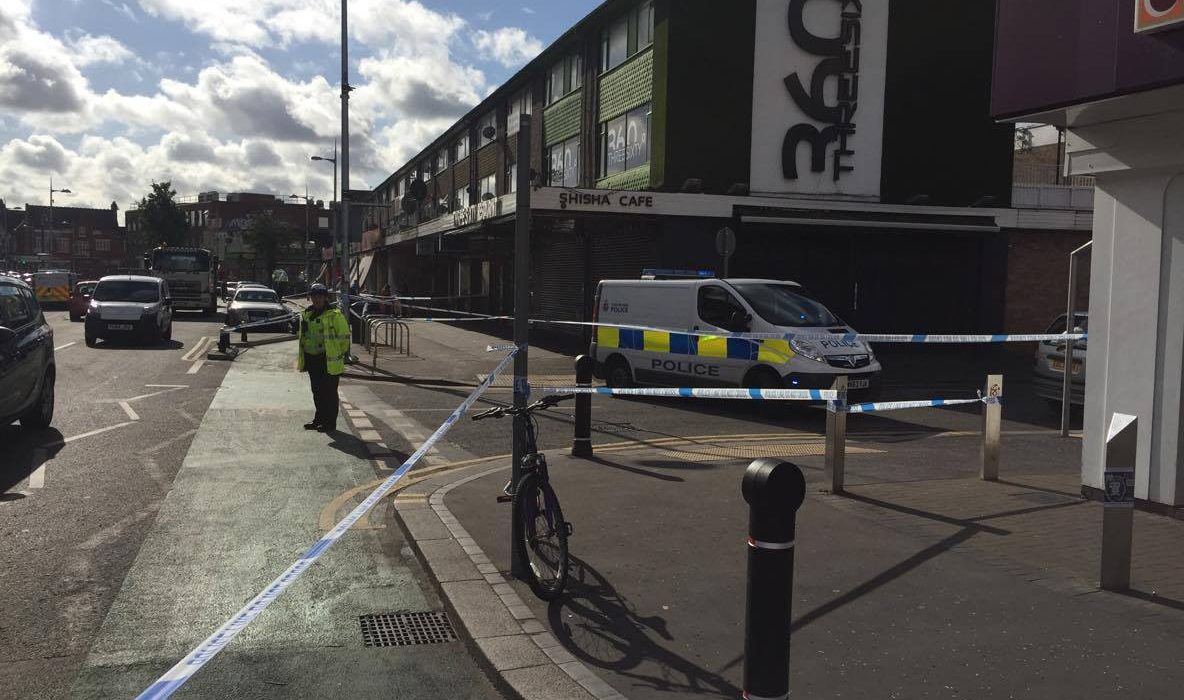 A 25-year-old man was stabbed in the head and abdomen on the Curry Mile on Friday 30th September. Manchester Evening News has reported that the attack occurred in broad daylight, around 10:20am, close to Shere Khan restaurant.

The North West Ambulance Service were called to the scene within minutes of the attack. The victim was taken immediately to Manchester Royal Infirmary and he is currently in a critical condition.

The victim was stabbed in a chip shop on the Curry Mile, the common name for the section of Wilmslow Road that goes through Rusholme. As a result, this part of the road has been cordoned off, as has all of Walmer Street and parts of Great Western Street and Heald Grove.

There have been reports given of a fight taking place earlier in the morning outside the Rusholme Chippy, a local takeaway and café, although the eatery has not been available for comment thus far. The whole area outside this restaurant has been sealed off by police and an employee at Shere Khan said that he had been told two members of staff from the Rusholme Chippy were involved in the argument.

Forensic experts are now combing the cordoned areas for evidence as a part of the police investigation, but all businesses in the surrounding areas remain open as usual.