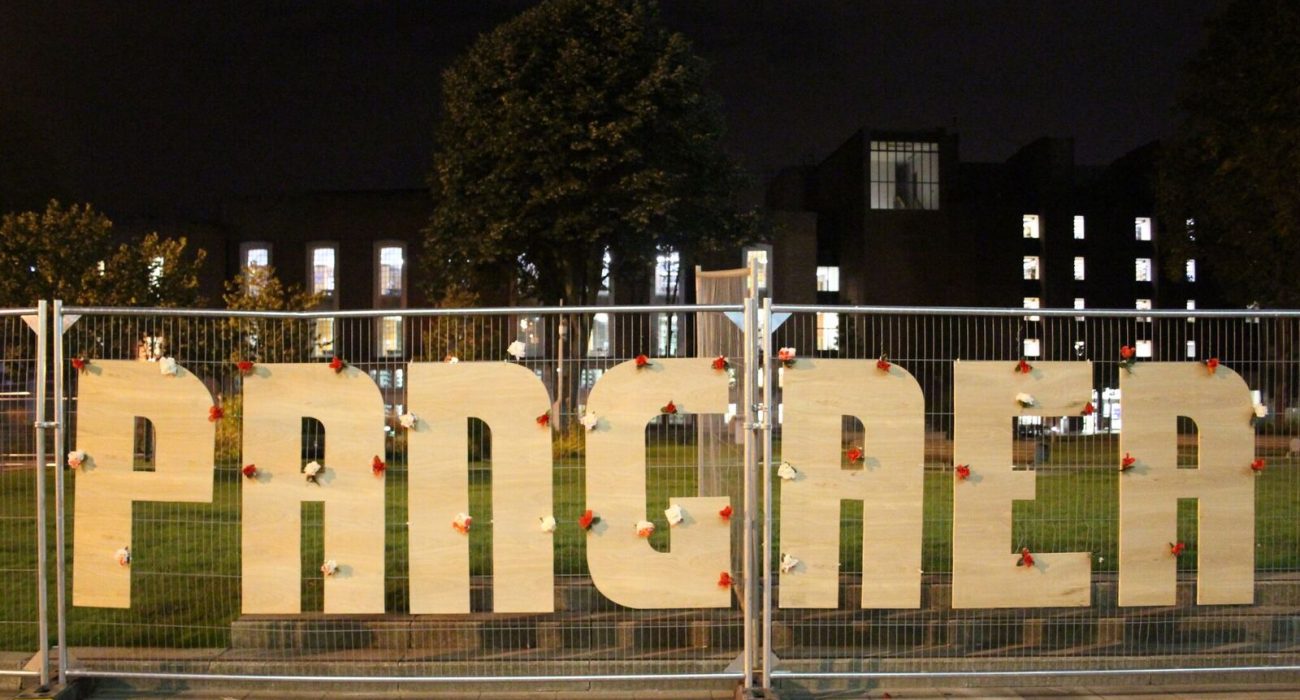 How can we begin describing Pangaea? Every semester, the theme is announced, everyone scrambles to assemble a costume, and the fancy dress vendors of The Arndale and The Northern Quarter gleefully rub their hands together. It’s an event that has been defined by many things; be it the organised mayhem that characterises the evening itself, or the personal escapades that go on within; few can forget last year’s ‘poogate’, though not for lack of trying.

It’s fitting then, that this time around, the theme was ‘Down The Rabbit Hole’, a reference to Alice In Wonderland, which much like Pangaea, steps unpredictably into a crazy, crazy world.

This brings us back to the question of how to begin in recounting the events of the festival. The difficulty is that everyone’s experience is totally different. There’s no such a thing as a seasoned Pangaea veteran, since every event is something of a lucid walk through a confusing array of club spaces, live bands, and function rooms.

The themed attire also adds to this bonkers vibe; drunkenly encountering 30 different people dressed as Alice, The Hatter, or Tweedle Dum over the course of the evening really adds to the charm, and really instills a sense of genuine fun being had by all.

Pangaea is fun, for the most part. Perhaps it’s the audacity of the entire event. A festival, in an evening, in a space not much larger than your average secondary school, which is also themed, and is the culmination of a mad Freshers’ week, and so on and so on. There’s no restraint on anything when it comes to the party itself and that’s kind of incredible.

You need only glance at the top of the bill acts to get a feel for Pangaea’s ambition. Ella Eyre, a star on the rise it would seem, delivered a packed and highly entertaining set. The familiarity of her material was a great surprise; the excited phrase ‘oh she did THIS one!’ was common throughout. Other acts such as Eliza And The Bear also impressed, grabbing the audience’s attention with ease. No mean feat in as colourful a festival as Pangaea.

But also, pleasingly, there was plenty of alternative and unusual music to be explored. MSC Big Band were a particular highlight. Regulars to this cavalcade of insanity, MSC were as audacious as the festival itself, squeezing a ludicrous amount of brass, keys and vocalists onto a tiny stage, and blasting jazz renditions of Snoop Dogg to a blind drunk audience in the pouring rain. They were in fact five times more fantastic than I can describe.

So Pangaea remains an oddly puzzling evening. It’s always difficult to define to those who haven’t been because it feels unlike anything else. But regardless of the identity crisis the event seems to suffer from, you always come away with a story, and in this case, it was a story of wide-grinning madness. And as a wise man once wrote: “Pangaea is entirely bonkers, but all the best festivals are”… or something along those lines anyway.